John J. Inch, Jr., 95, died on June 25th, in Memphis, Tennessee. He was born in Philadelphia, Pennsylvania, to John and Irene (McGovern) Inch. He graduated from Germantown Academy in 1942, and … 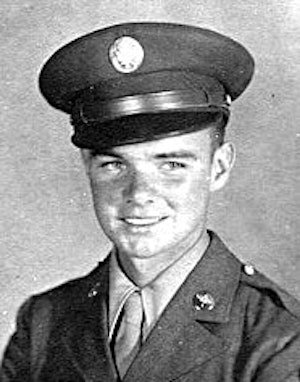 John J. Inch, Jr., 95, died on June 25th, in Memphis, Tennessee. He was born in Philadelphia, Pennsylvania, to John and Irene (McGovern) Inch. He graduated from Germantown Academy in 1942, and volunteered for the Army Air Force. John flew several missions over Germany during World War II. When his plane was shot down he became a prisoner of war. Severely wounded, he was not expected to live through the night, but his determination, grit and sense of humor saw him through. He was awarded several medals including the Purple Heart and the Air Medal with Bronze Cluster. After the war, he earned his Bachelor’s degree from Gettysburg College, and in 1949 he married Patricia Coffin Brown in Philadelphia, where they raised three children, Deborah, Chris and Rob. John worked for INA (now CIGNA) as an insurance executive in Special Risks Management for thirty-five years. In retirement he pursued his love of gardening, computing and daily swimming. As a Disabled American Veteran, he also served as an Associate Chaplain for the DAV in Philadelphia. A lover of islands and the natural world, he and his family spent summers on Orcas, where they eventually settled permanently, and Nantucket, where he was the Fleet Captain for the Wauwinet Yacht Club for many years. John freely volunteered his services in both community and church wherever he lived and had a knack for making people feel comfortable in difficult situations. While training for the Army Air Force, he learned how to ‘roll with the punches’. This ability, along with his enduring sense of humor, served him well throughout his life. In unpleasant circumstances, John was famous for reminding people (especially family), “You’re going to like it here. It’s one of the rules.” John was preceded in death by his wife, Patricia, and his sons, Christopher Wallace and John Robertson. He is survived by his daughter, Deborah Foehring, son-in-law Bob Foehring, daughter-in-law, Martha Inch, three grand-children, two great grandchildren, and several nieces and nephews. A private ceremony is planned. Memorials may be made to The Nantucket Conservation Foundation, or the San Juan Preservation Trust.