Wins lottery: from Albania to Mt. Airy for BYOB chef

Bledar Istrefi came to Philadelphia after winning the immigration lottery in 2004. When he left Albania in 2005 to start a new life in Philadelphia, food was always going to be part of the picture.

Wins lottery: from Albania to Mt. Airy for BYOB chef 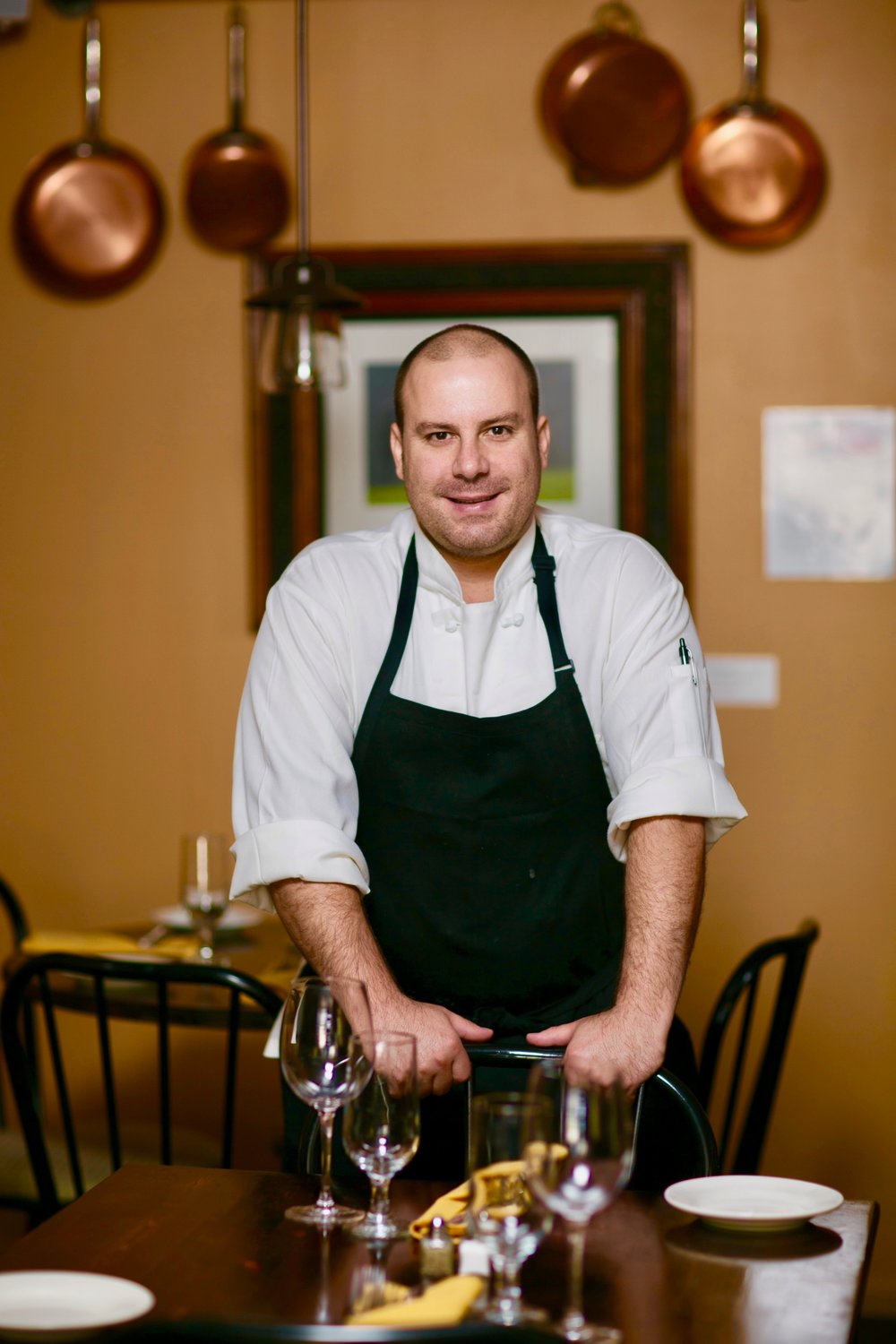 Bledar Istrefi, chef/owner of Trattoria Moma, an Italian BYOB at 7131 Germantown Ave. in Mt. Airy, was a winner of the “green card lottery.”
Nik Morina.Morina Photography.www.morinaphotography.com 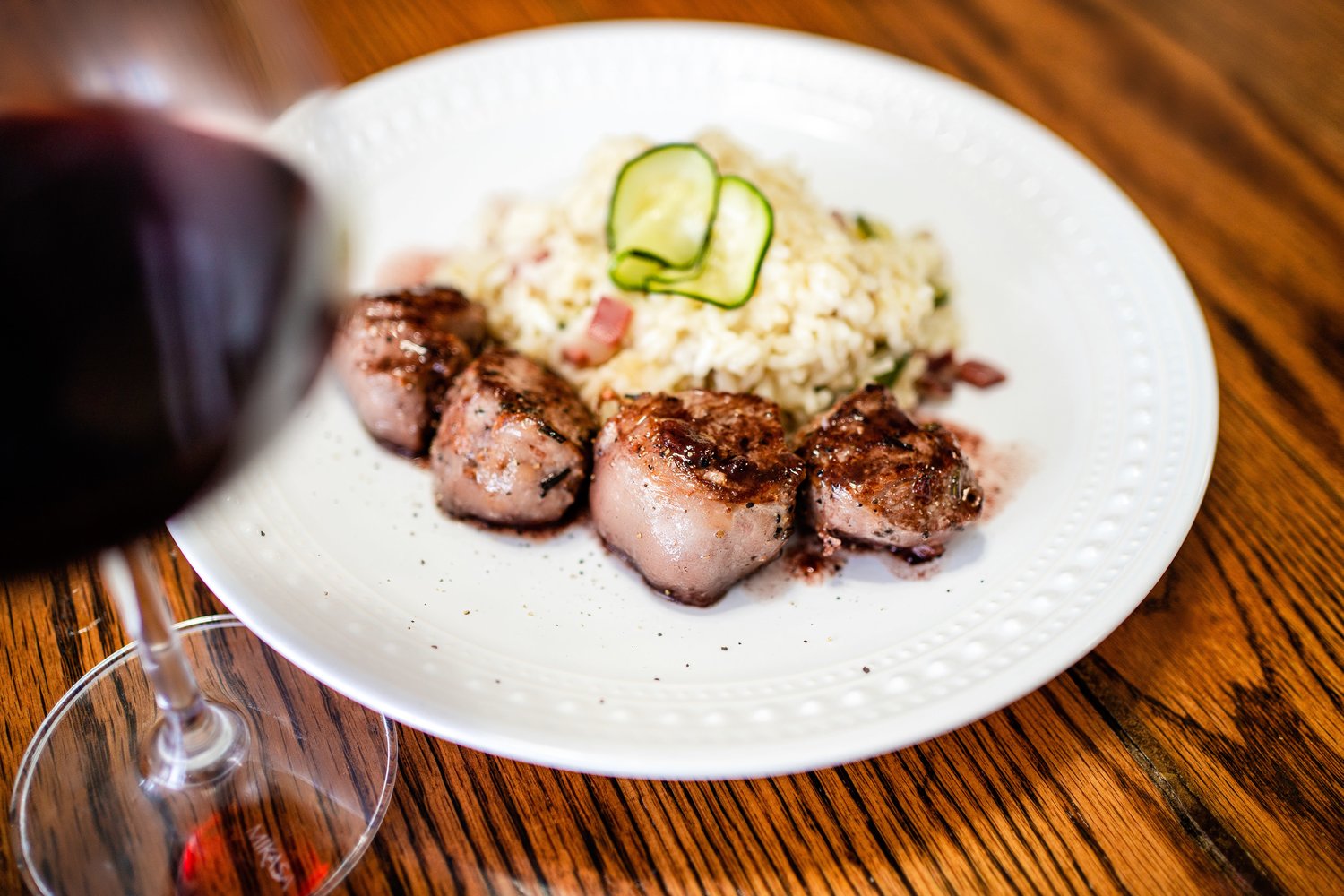 I have a theory that everyone with a foreign accent has a good story to tell - where they are from, how and why they came to the United States, what it was like to leave behind everything they have known to enter the great unknown, how they have adjusted to their new country, and all the pluses and minuses of their new lives.

So I naturally was curious when we first went to Trattoria Moma, an Italian BYOB on Germantown Avenue a few doors north of Durham Street and met chef and owner Bledar Istrefi, who has definitely beaten the odds for small, independent restaurants surviving the pandemic. (Many have not.)

Istrefi explained that he is actually Albanian, and came to Philadelphia after winning the immigration lottery in 2004. I doubt many Americans are aware of it, but the U.S. State Department for many years has offered a “Diversity Visa Lottery.” Anyone from its list of approved countries, which are mostly in Africa and Eastern Europe, can apply. About 50,000 winners can come, get a green card and eventually apply for citizenship.

“I came here for better opportunities, like so many others,” Istrefi said.

As a teenager in his homeland, Istrefi started out in the business washing dishes in an Italian restaurant. Albania, a former Soviet bloc country across the Adriatic Sea from Italy, has a cuisine that is quite similar to Italian food, and Italian restaurants are common there. He moved up through the ranks, and like so many other restaurant employees, dreamed of one day opening his own establishment.

And so when he left Albania in 2005 to start a new life in Philadelphia, food was always going to be part of the picture. He started working entry-level restaurant jobs, and eventually became a chef and partner at Il Polpo, a seafood-centric Mediterranean restaurant in Northeast Philadelphia. Il Polpo shuttered after a couple of years, despite getting a rave review from the Inquirer's critic, Craig LaBan. Istrefi’s caution: “You can make the best food ever, but if you are in the wrong location, you don’t have people to come in and eat.”

He went on to work as a chef at Bellini Grill in Center City before opening his own Mt. Airy restaurant in the summer of 2014, in a building that had been home to the popular restaurant Umbria for more than 20 years.

Istrefi is not the only lottery winner at his establishment. The first time we went to the restaurant, our server, Nik Morina, told us he had also won the green card lottery. He was originally from Prishtina, the capital city of Kosovo in the former Yugoslavia, and left when the 1998 civil war in his homeland left many thousands dead. (He has since become a wedding photographer).

We have eaten at Trattoria Moma many times, and it has never been less than exceptional. Istrefi makes pasta dishes that will hum in your taste buds' memory for days to come. He also bakes his own bread from scratch and makes his own desserts. (I think he will give out his bread recipes on a knead-to-know basis.) Sausage and cured meats are made in-house.

Every Wednesday and Sunday Istrefi offers a four-course meal, including dessert, for just $35 that has to be one of the best restaurant bargains in the city. And there has always been enough food left over for a second dinner at home.

Like so many other restaurants that made adjustments over the past 20 months, Istrefi created an outdoor dining area last year that can now accommodate 50 to 60 additional diners. Regarding the pandemic, Istrefi said, “The restaurant went through some hard times, but we survived with the support of people from Mt. Airy and Chestnut Hill. We worked hard to follow the safety guidelines and make changes to accommodate as many people as possible … This is my love; this is what gives me adrenaline. When I finish tonight, I will think of what I’ll do tomorrow.”

More information at 267-437-3838 or trattoriamoma.com. Len Lear can be reached at lenlear@chestnuthilllocal.com