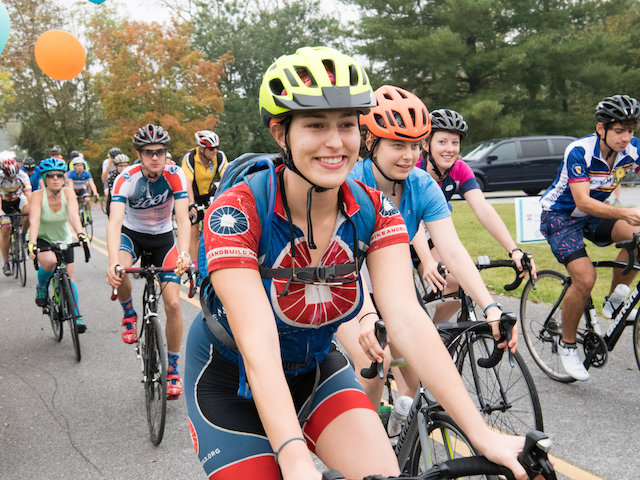 The ride, which offers bicyclists a choice of three options: a 12, 25 or 50-mile loop that includes “ICU,” an Intensive Climbing Unit, gives hope to those currently receiving treatment for cancer and honors those who have lost their lives to cancer – including former Chestnut Hill resident Muscoe Martin, an architect who was a pioneer in the design of environmentally responsible buildings.

Unlike most fundraising events where a large percentage of donations raised goes to cover marketing, administration and event expenses, the BBC donates 100% of the money to cancer research. The ride, which begins and ends at the historic Daniel Boone Homestead in Birdsboro and is followed by a picnic lunch, is completely funded by members of the board and the generosity of sponsors who this year include Saul Ewing LLP, Krieger Architects, Penn Medicine Abramson Cancer Center, ChatterBlast, Industrial Investments, ALMAC, The Wawa Foundation, Hangley, Aronchick, Segal, Pudlin & Schiller, Independence Blue Cross, TREK, LANDCORE Engineering Consultants, PC., and many more.

The race’s founders, Chris Hall and Jeff Krieger of Chestnut Hill; Randy Brow of Flourtown; Ernie Tracy of Wyndmoor, and Jennifer Pinto-Martin of Center City, formerly of Chestnut Hill, decided to establish the nonprofit foundation to host the bike race and ensure that 100% of the funds it raises goes directly to cutting-edge cancer research.

Krieger, of Krieger+Associates Architects, Inc., said that since the ride began five years ago, the nonprofit organization has donated more than $1,100,000 to Penn’s Abramson Cancer Research, which has been continuously recognized by the National Institute for Center (NIC) as being one of a select group of Comprehensive Cancer Centers in the country.

Krieger, 50, who is a cancer survivor, said besides donating 100% of all registration fees and ride-raised funds directly to cancer research, the organization makes “a concerted effort to connect riders, donors and sponsors to the research they are funding.”

“We are really focused on keeping our expenses low and making sure that the people who participate are aware of the research that is being done and that we all fund,” he said.

Hall, whose wife, Mary Ann Boyer, is also a cancer survivor, said the goal of the Breakthrough Bike Challenge is to raise funds for young scientists who don’t qualify for grants from the National Institutes of Health. 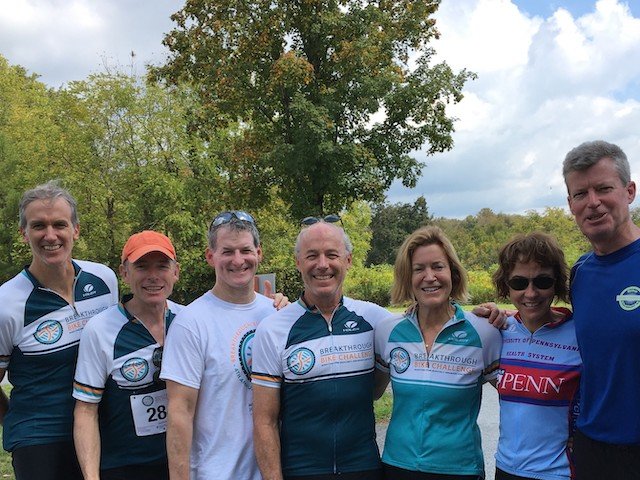 Pinto-Martin, 61, a former board member whose husband Muscoe Martin died of brain cancer, said recent cuts to research funding by the National Institute of Health make it difficult for young innovative scientists to qualify for federal funding.

“By providing a competitive pool of funds for junior faculty, the foundation is having a direct impact on the opportunities for Penn and junior faculty members to get funding from the NIH,” she said.

Hall added that Penn Medicine has been using artificial intelligence and big data to shorten the period of time it takes research to get to a clinical trial.

He said BBC grant recipients are now required to include a computer scientist on their team for research so they can use computer modeling to identify dead ends quickly, which allows them to expedite their research.

“It’s very exciting,” he said. “There was a recipient from two years ago, who got a breast cancer approach to clinical studies in record time because she was able to leverage the modeling of big data.”

He said the bike ride helps cancer survivors, family members and friends of those with cancer get over the initial shock of cancer and channel that energy into helping to find a cure by raising funds for new treatments.

Pinto-Martin, executive director of the Center for Public Health Initiatives, recalled that when she first noticed a problem with her husband, Muscoe Martin, who had “an impeccable sense of direction.” He got lost driving them to their son’s soccer game, a route, she wrote in an essay published in JAMA Oncology in 2017, “we had navigated many times before.”

“That should have been my first clue,” Pinto-Martin wrote. “But the signs and symptoms of glioblastoma multiforme emerge slowly and intermittently, and they are easy to explain away, at first. Why was he not paying attention to me – drifting off in the middle of a response when I asked him a question? Was he having an affair?

“I remember calling my mom and saying, ‘I don’t know what’s wrong with him – he’s acting so weird,’” she said in an interview. “She [Pinto-Martin’s mother] said, ‘Maybe he was having some sort of mid-life crisis.’” 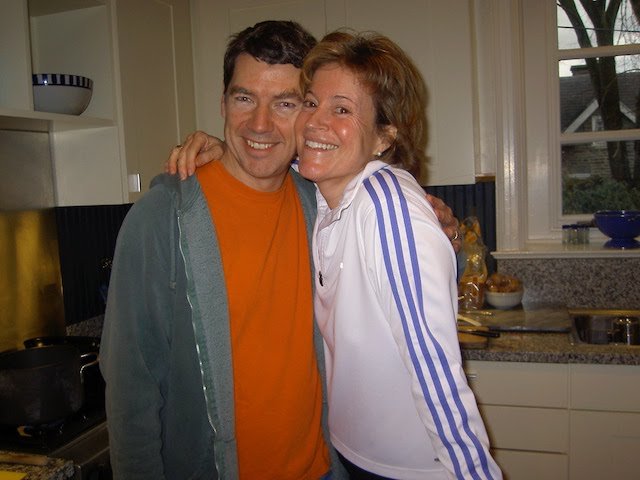 Then finally, Pinto-Martin asked him about it, and her husband replied, “I don’t know what you are talking about.” She decided that he must have Lyme disease. After all, he had been bitten by a tick.

After their primary care physician suggested Martin get a CAT (computed tomographic scan) scan of head, “just to be sure,” Martin-Pinto dropped him off at Chestnut Hill Hospital and drove to work. She was shocked when he called her at work and told her “they found something.” That something was a massive brain tumor.

Pinto-Martin had her husband transferred to Penn where he had emergency surgery the next day. Martin was 58 when he was diagnosed. “He lived for 18 months which is the median survival time, and that has been true for 20 years,” she said.

The mother of four adult children said while there are new surgical techniques and new treatments, “They don’t make a difference in terms of how long someone lives.” However, she said they do make a difference in the patient’s quality of life for those 18 months. She recalled what Dr. Tim Lucas, the surgeon who performed her husband’s surgery, said to Martin, “I can’t cure you, but I can give you back yourself for a period of time.”

“And he did,” she said. “I think a skilled surgeon can manage the disease progression in a way that allows the individual to live a more normal life for a period of time, but people still die at the same rate they did 20 years ago. We don’t know anything about what causes it. We can’t prevent it, and it’s more common than it was in the past. We need to be devoting more research dollars to this because it’s an absolutely fatal disease.”

She recalled the BBC’s first ride. She said all four of her children and her husband were at the first ride.

“Muscoe spoke at the picnic after the ride,” she said. “He was pretty impaired by then, but he wanted to say something to thank everyone. I just remember that day very clearly. He was hopeful. He was always hopeful. Thinking that maybe they would find a cure. And he passed away before the next ride, which was all the more motivation for me to stay involved and make it happen.

“He was an amazing father and partner,” Pinto-Martin said. “I just want to honor his legacy in every way that I can. It just feels so great because I feel like his spirit is so much a part of my kids and the way we interact. And he hated bike riding, actually. We laugh about that fact. I think he would love the fact that there is a bike ride he is sort of honored in, when he really hated bike riding.”

Visit BBC's website for more information about the organization and to register for the event.