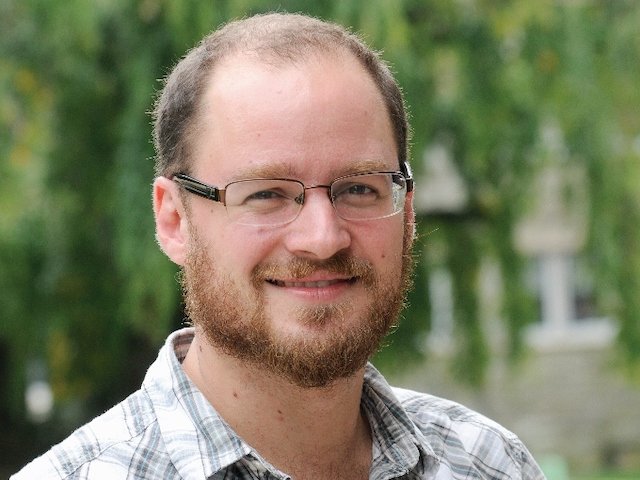 Daniel Torday, 41, who lives in Mt. Airy with his wife, Erin, a psychiatrist at the Veterans Administration, and their daughters, Abigail, 10, and Delia, 6, is just one of nine local authors who will take part in the fourth annual “Very Jewy New Year” on Saturday, Sept. 28, 7 p.m., the last night of the year 5779 in Jewish history, at Big Blue Marble Bookstore, 551 Carpenter Lane in West Mt. Airy.

The other local authors will be Darla Himeles, Susan Windle, Mike Cohen, L.M. Feldman, Elliott batTzedek, Anndee Hochman, Simone Zelitch and Nina Schafer for what is billed as “a night of readings, humor, food and fun in honor of the Jewish New Year.”

While I have not read the books of all these authors, I have read two wonderful novels by Daniel Torday – “The Last Flight of Poxl West” and “The Sensualist,” which won the 2012 National Jewish Book Award for debut fiction. Both received absolutely rhapsodic reviews from major publications. Torday's stories and essays have also appeared in Esquire, The New York Times and The Paris Review Daily, among others. A former editor at Esquire, Torday is Director of Creative Writing at Bryn Mawr College.

In “Last Flight,” Torday’s protagonist, Poxl West, fled the Nazis' onslaught in Czechoslovakia leading up to World War II. He escaped their clutches again in Holland. He pulled Londoners from the Blitz's rubble and joins the Royal Air Force, where he rains fire on Germany. West’s teenage nephew, Eli Goldstein, reveres him as a brave, singular, Jewish war hero, but later he has to face irreconcilable facts about the war he's romanticized and the vision of the man he's held so dear.

A cover review in The New York Times book review section by Teddy Wayne declared: “Expertly crafted … lyrical prose, superb Rothian sentences that glide over the page as smoothly as a Spitfire across a cloudless sky … an utterly accomplished novel. Daniel Torday is a writer with real talent and heart.”

Torday was raised around Boston until the family moved to Baltimore when he was 14. His childhood homes were filled with books that his father, a first-generation American from Hungary and research biologist, would read. Torday attended Kenyon College, where he majored in English and minored in philosophy.

Torday's most recent novel, “Boomer1” (St. Martin’s Press, September, 2018), is “a thoughtful, taut and engaging commentary on how social media can escalate personal angst into a terrorist act that turns deadly,” according to a review in the Philadelphia Inquirer by Chuck Bauerlein, a retired professor of journalism at West Chester University.

In a previous interview, Torday said, “I feel like the readers who have taken to it and accepted the premise and tone have been very laudatory. It's funny; even though this is my third book, I still feel a little shocked to know people are reading, and not hating, my work. The dream is still always just the one reader out there somewhere who is honestly touched and entertained.”

Since Torday has written about the toxic effect of social media on unhinged minds, he surely has strong opinions on the subject.

“Surely social media have boosted the level of anger,” he said, “and probably the fullest evidence is what we saw with Dylan Roof in South Carolina, and then again in Squirrel Hill[, Pittsburgh]. We could watch them on white supremacist websites just before their attacks.”

According to the author, “‘Boomer 1’ has done great. There's a film adaptation in development, and I'm currently at work on the screenplay.”

Torday is currently at work on two new books, one of which is a post-apocalyptic novel set in Mt. Airy.

Torday says that living in Mt. Airy is “all pluses and no minuses. People are so kind to each other. We have a backyard but also live a couple blocks from restaurants and bars. And it's such a naturally organically diverse neighborhood.”

Torday is also a mandolin player whose favorite musician is Gram Parsons, a legendary country rock artist who died 45 years ago of a drug overdose at the age of 26. Along with Sam Briger, producer at Fresh Air, and a bunch of musicians, Torday has helped to start a bluegrass night at Paris Bistro. The first one was Wednesday night, Sept. 25.