The city’s Civic Design Review board praised the architecture of Blake Development’s five story, 114-residential unit development proposal Dec. 7 and opted not to require its development team to come back for a second meeting. 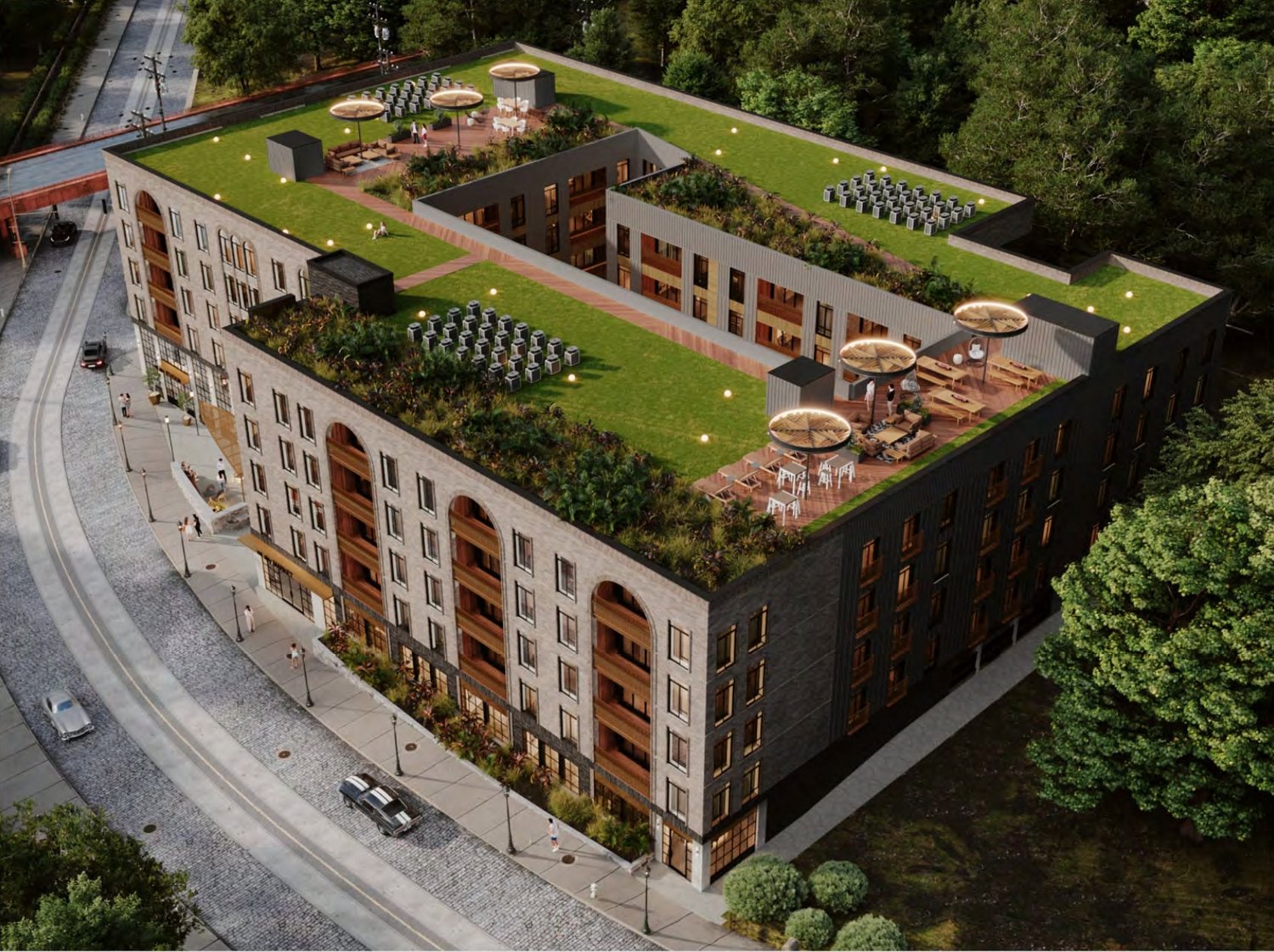 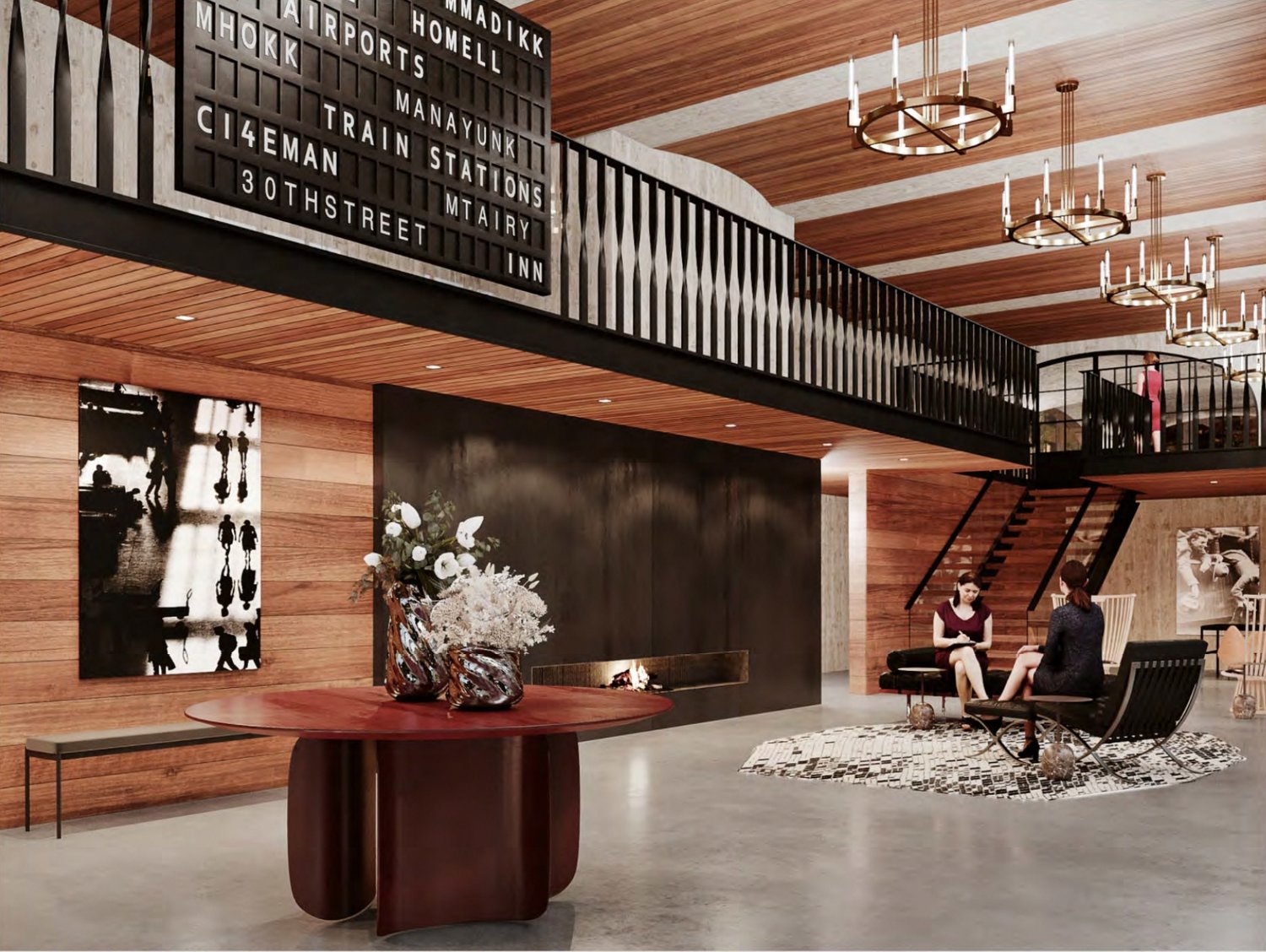 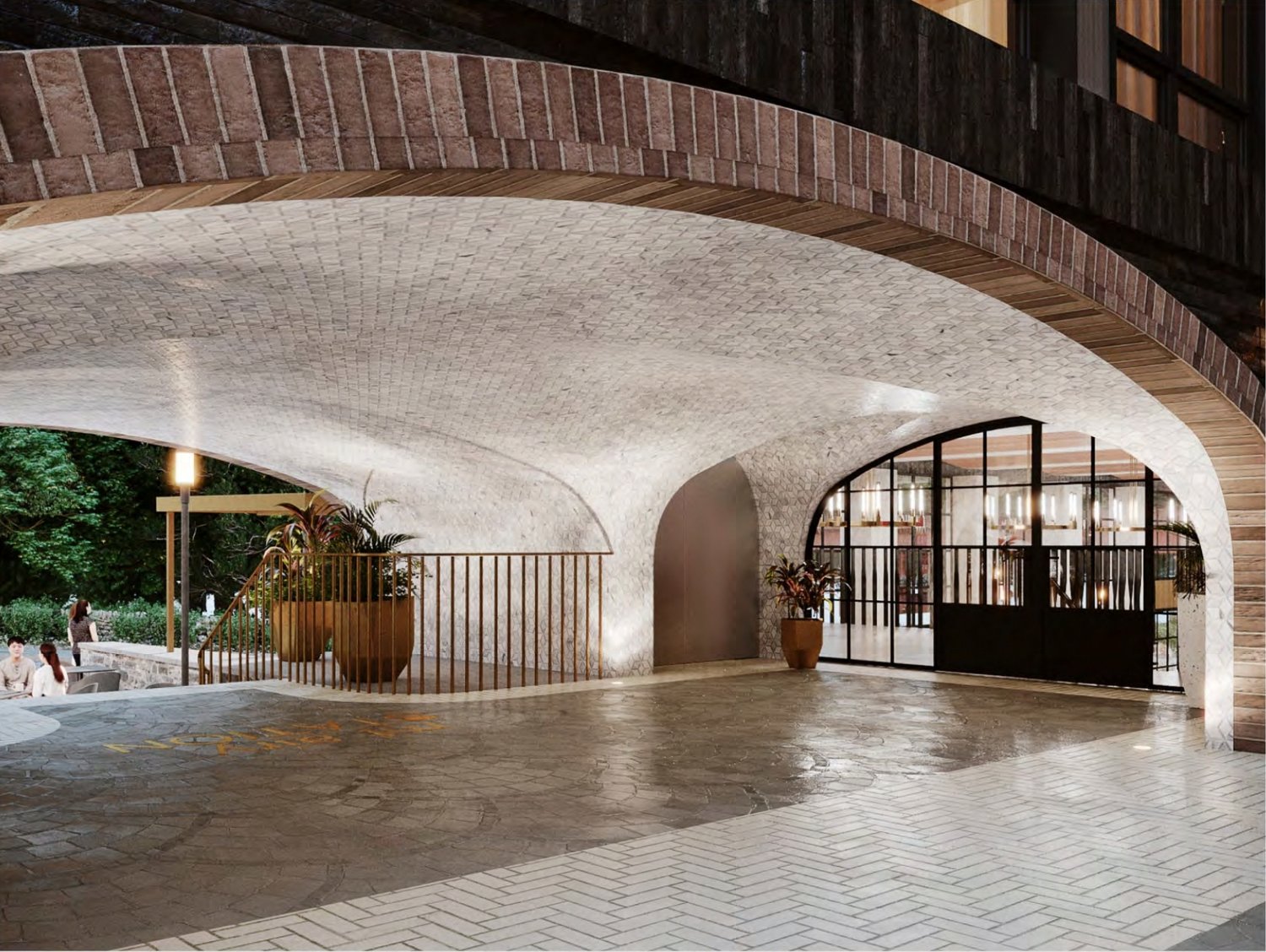 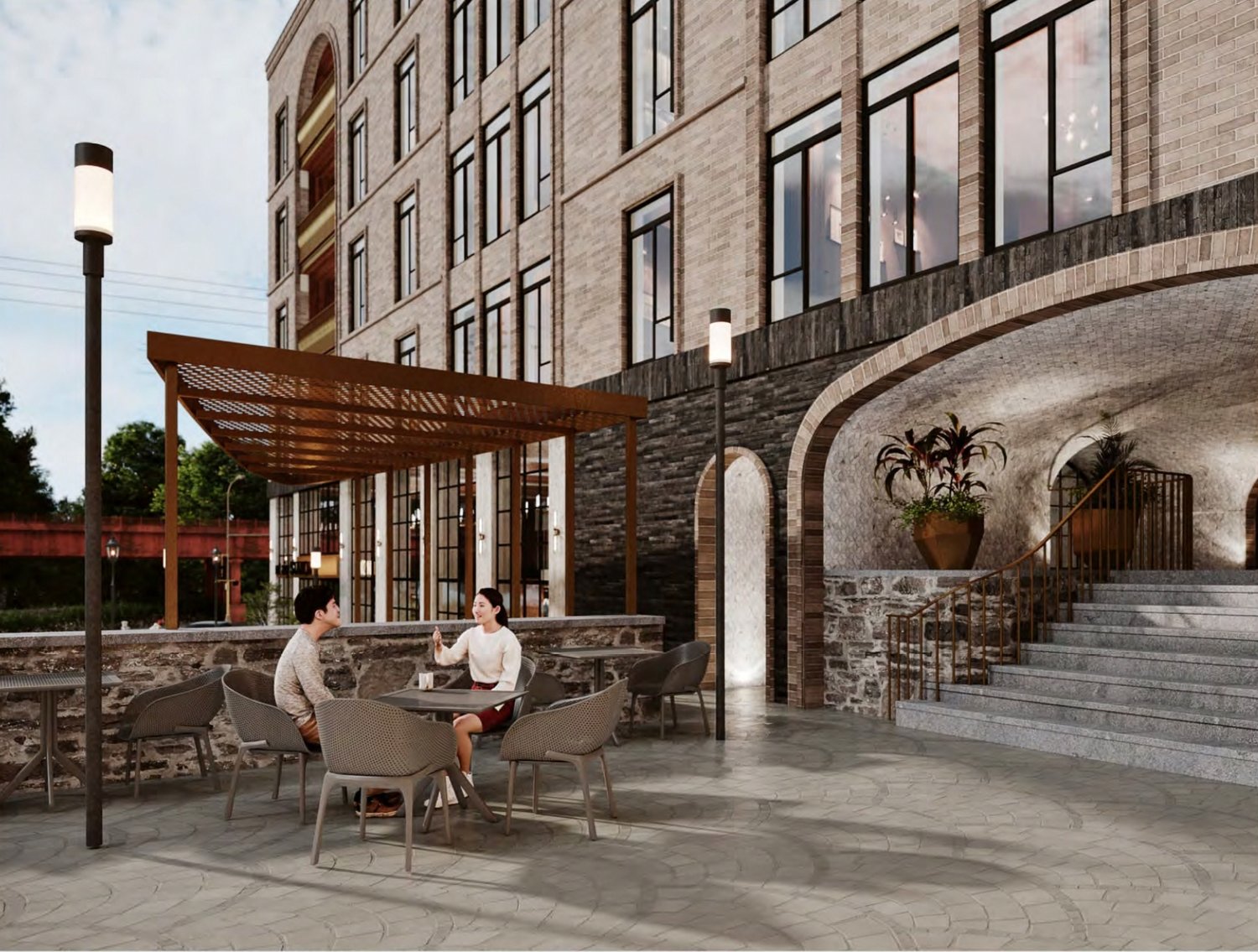 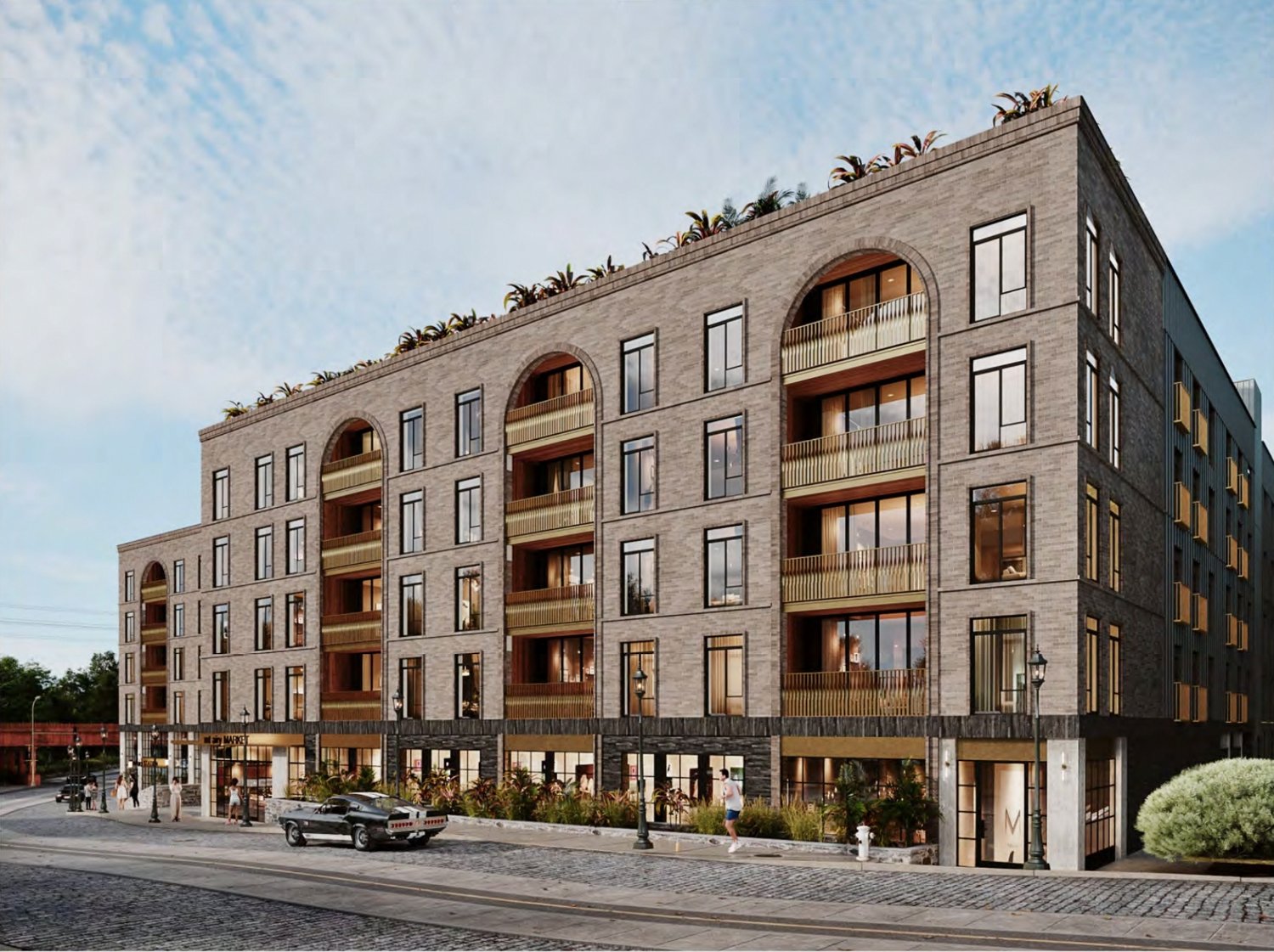 A rendering of the proposal at 7619 Germantown Ave. taken from the development team’s CDR presentation.
Previous Next
Posted Thursday, December 16, 2021 6:00 am
by Tom Beck

Despite resistance from residents, the city’s Civic Design Review board praised the architecture of Blake Development’s five story, 114-residential unit development proposal Dec. 7 and opted not to require its development team to come back for a second meeting. Mt. Airy BID executive director Janis Risch and Charles Richardson, a representative from Councilmember Cindy Bass’s office, both supported the motion to conclude Civic Design Review.

The decision might just clear the way for the project to move forward as designed.

“This is actually a very richly and well-designed project,” said CDR board member Leo Addimando. “It's rare that in front of this Civic Design Review board we see projects that have as much architectural detail and thought as this one does.”

The Development team, led by Blake Development and its attorney Ron Patterson, plan to include 12 affordable housing units, 6,600 square feet of commercial space and 38 parking spaces in the development.

“Although there's some concern around density,” he said, “At the end of the day I think it'll be a welcome addition to the community.”

Despite praise from the CDR board, the development team isn’t out of the woods yet. As per a 2019 law introduced by councilmember Cindy Bass, the Planning Commission must approve the facade before the structure can be built.

Because the CDR Committee’s comments were overwhelmingly positive, the proposal’s design might just be approved as is.

The Art and Design team, Chrystie said, comprises members who have “backgrounds in architecture, landscape architecture, and/or planning.”

Chrystie told the Local that the team’s review will be triggered once the development team applies for a building permit, which has yet to happen. It’s unclear when it will.

“The length of time between CDR completion and building permit submission varies widely and depends on many factors,” said Chrystie, “such as developer financing, complexity of the project, design changes made, and the usual iterative design process between the architect, engineer, builder, and developer.”

It’s unlikely that the Planning Commission could prevent the project from being built, however.

“The goal of the review is not to prevent a project from being built because of a poor design, but rather work with the project’s architect on making improvements to the proposal until the design is satisfactory,” said Chrystie. “Toward that end, the goals of façade review in this area are to have facades that are ‘in harmony with the Mount Airy Subarea's historic commercial area and pedestrian-oriented environment.’”

Despite praise from the CDR board, many residents remained opposed to the project. However their opposition stems mostly from the proposal’s density, which was not the chief concern of the CDR board since it primarily deals with a proposal’s aesthetics.

Another resident, Itzchak Kornfeld, agreed. But Kornfeld also noted that the building’s lack of a setback made it feel as if it was “right on top of the street.”

e also criticized the absence of Wissahickon schist in the project, a trademark building material in Chestnut Hill and Mt. Airy homes.

However, some neighbors, like Chestnut Hill resident David Cairns agreed with the CDR board.

“I appreciate that developers are building projects that are consistent with (the city’s new zoning plan) and are forward looking,” said Cairns. “It's difficult for the community to make the transition, but I'm optimistic.”

Oscar Beisert, Mt. Airy resident and historian, called the design “pretty good...from an aesthetic point of view,” but called the size and scale of the building “an intrusion” on the historic landscape of the Germantown Avenue corridor from Gowen Avenue to Mermaid Lane. Understanding that the proposal would be built by right, he encouraged the development team to at least consider a brick color that’s more similar to the grays found in Wissahickon schist, the most common building material in the area.

“This really is a site that is a schist district, you could call it, of buildings constructed of native Wissahickon schist,” he said. “Any reference that can be made to that native material is critical for this building to blend into that environment.”