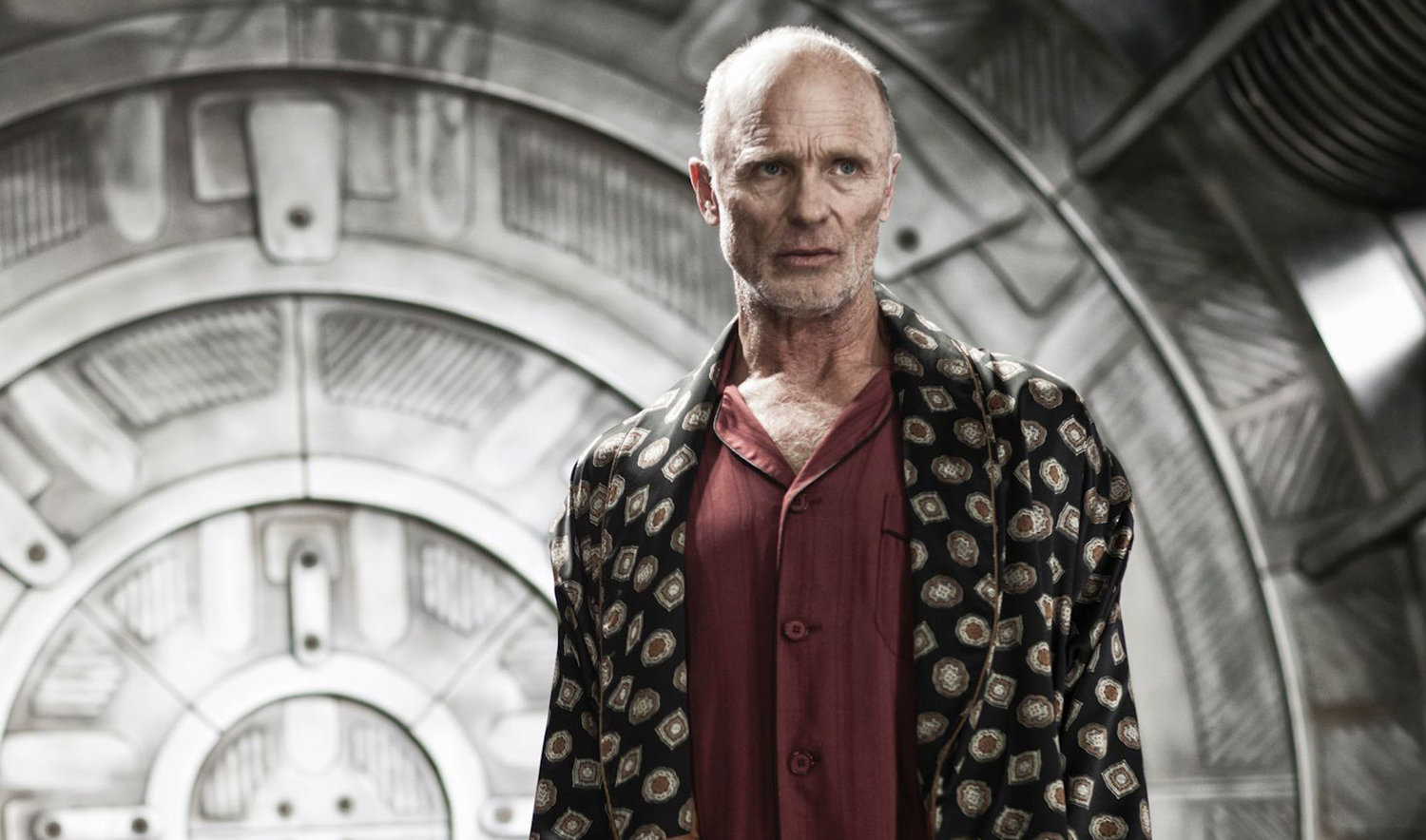 It’s 2031, 17 years after a failed global-warming experiment – a backfiring attempt to lower the global temperature -- has left the planet completely frozen and killed most of the population.

“Snowpiercer“ (2013) is a stimulatingly peculiar and often surprising post-apocalyptic thriller as well as a bleak political allegory about a second ice age that’s pretty close to entirely set on a luxury train carrying a microcosm of society that circles the world and lends the film its title, eventually demonstrating why it’s so named.  But it’s a non-stop train that seems to go on forever, so lengthy that you never come close to seeing it in its entirety in one shot.

It’s so dangerously, impossibly cold outside – well below zero all the time – that the few humans who remain have managed to get on board the lengthy train featuring a drab coach section for the many have-nots and a spiffy first-class section for the few haves.

But the disenfranchised poor at the back of the train plan – not for the first time -- to make their way forward to the front of the train, where the greenhouse is, where the aquarium is, where the beauty salon is, where the sushi bar is, and where the rich are.  And that includes the train’s owner, Wilford, a billionaire played by Ed Harris, and his assistant, Mason, who’s played by a barely recognizable Tilda Swinton.

Chris Evans, probably most closely identified with the Captain America/Steve Rogers character that he has oft played in performances and cameos in the “Avengers” franchise, stars as Curtis, the reluctant leader of the desperate and malnourished (to say the least) group of lower-class passengers crammed into this windowless, speeding vehicle who are intent on revolting against their privileged and pampered overseers in the luxurious cars in the front, near the “sacred engine.”

John Hurt is Gilliam, Curtis’s disabled mentor, while Jamie Bell as a loyal sidekick and Octavia Spencer as a loving mother looking for her snatched son play two of his other back-of-the-train, something’s-got-to-give revolutionaries, while Alison Pill plays the maniacally cheerful, pregnant schoolteacher in charge of the train’s privileged youngsters.

And as the oppressed passengers in the train’s tail section advance through the many compartments one at a time, most protected by armed guards, as each gate or door opens, we’re greeted by and treated to unpredictable flourishes and occurrences at just about every turn.

With its idiosyncratic take on the 99 percent/one percent income-inequality class system and environmental destructiveness at the forefront, the film has remarkable contemporary relevance.

And while we might wonder and inquire about just how the train is kept in service if no one can ever go outside, well, why quibble about details when the overall effect is this fascinating and effective?

So we let that pass because not only the ideas and the characters and the frozen landscape but also the sets, the props and the costumes all register as highly original: this is an epic adventure we haven’t been on before.  And one that has so much going on in it, you feel the need to experience it again to take it all in.

“Snowpiercer” is an imaginative and darkly engaging futuristic dystopian thriller about class struggle with an intriguing and compelling train of thought.