Seminary, neighbors must work to avoid a frightening future

Just in time for Halloween, Mt. Airy residents were given a good scare by a significant development on the campus of United Lutheran Seminary at 7391 Germantown Ave. The proposal, put forward by the …

Seminary, neighbors must work to avoid a frightening future 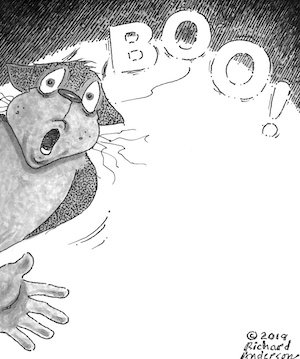 Just in time for Halloween, Mt. Airy residents were given a good scare by a significant development on the campus of United Lutheran Seminary at 7391 Germantown Ave. The proposal, put forward by the seminary and its architects, called for the building of three five-story buildings at the northern end of the historic campus, adding 149 units of mixed housing to the neighborhood.

To say neighbors were spooked is an understatement. As reported in our front-page story this week, more than 200 residents attended a packed meeting at the seminary to let planners know they were not at all interested in seeing the massive development. Some of those residents purchased homes from the seminary in the recent past, never expecting that the institution would turn around and put apartment buildings in their backyard.

It was clear from the meeting that, in addition to the shock of the proposal’s density, many were upset that their first notification of the plan didn’t come from the seminary, but rather reached neighbors through emails from East Mt. Airy Neighbors, posts on the social media site Nextdoor and a brief article in the Oct. 10 Local. Again and again, neighbors let the seminary know that they wanted to be part of the planning process and might be amenable to a less ambitious proposal in the future if they were at the table from the beginning.

The good news in the short term is that the seminary’s leaders had the good sense to withdraw the proposal.

Yet there is plenty of reason to be concerned. Seminary leaders said at the meeting the proposal’s origin was a method of dealing with a tough financial position for the school, suggesting there are still money struggles. ULS was formed in 2016 when the Lutheran Theological Seminary at Gettysburg and Lutheran Theological Seminary at Philadelphia agreed to merge. At the time, seminary leaders told reporters that the merger was a necessary move to keep both institutions financially solvent.

In a report by G. Jeffrey MacDonald for Religion News Service, seminary leaders said that the combined schools would reduce a combined 30 tenured faculty jobs to approximately 15. Gettysburg officials said their seminary was running annual deficits of $200,000, and both schools were struggling to attract students. Protestant seminary enrollment has been in decline since 2005, according MacDonald’s report.

On the one hand, it’s good to see the seminary’s leadership taking a proactive step to safeguard the institution’s future. Yet it should be somewhat alarming that they continue to struggle financially, even after the savings the merger was supposed to bring in the first place. As frightening as three five-story apartment building on the campus might be for neighbors, the prospect of insolvency and an abandonment of the property should be even more concerning.

The seminary should now understand that it can work out a compromise with neighbors. And those neighbors should want to work with the seminary to make sure the worst-case scenario isn’t realized.