In language less flowery than that written for him posthumously by Shakespeare, the real-life King Henry V once told his troops: "As you know, the fortunes of war vary: but if you desire a good … 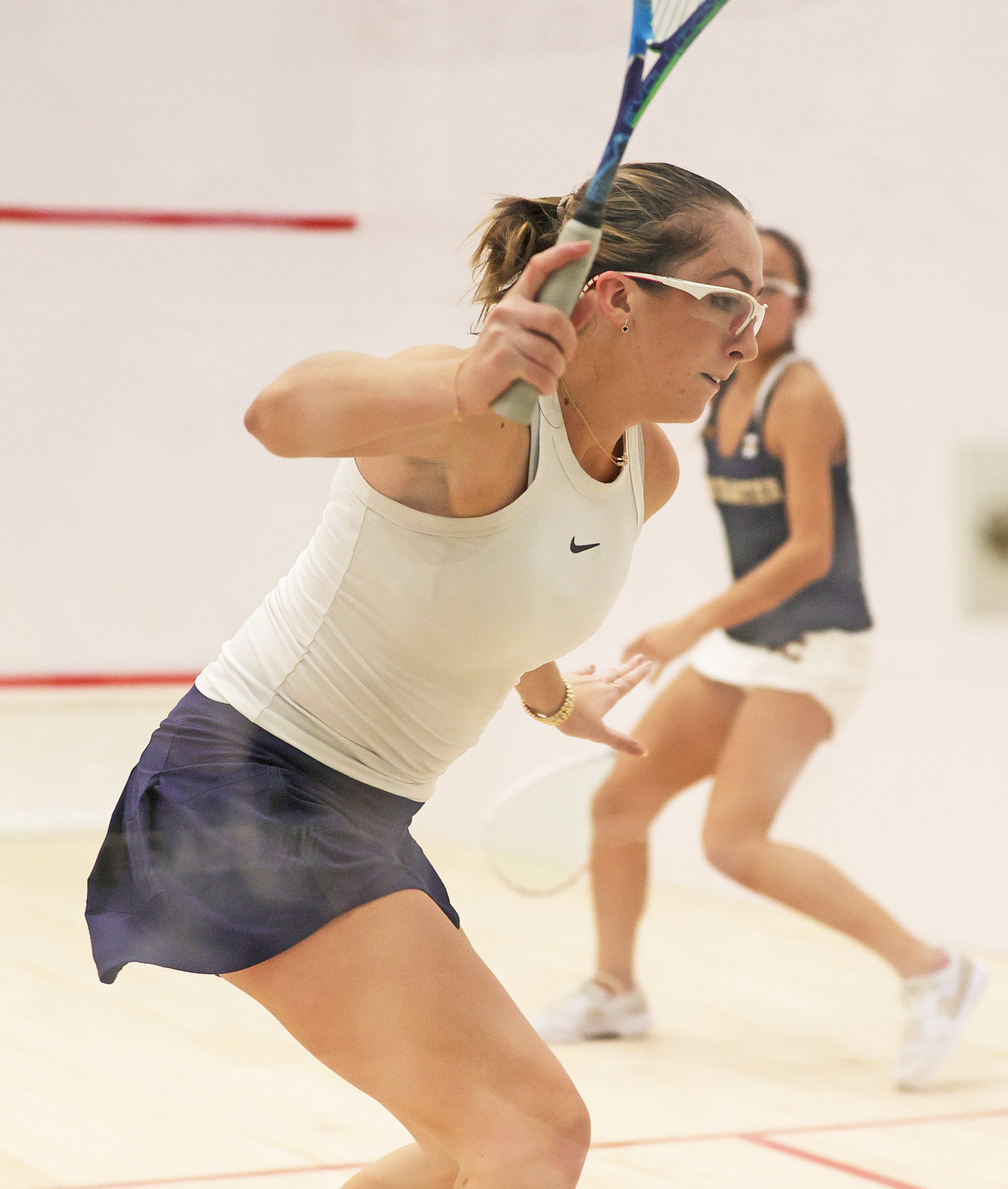 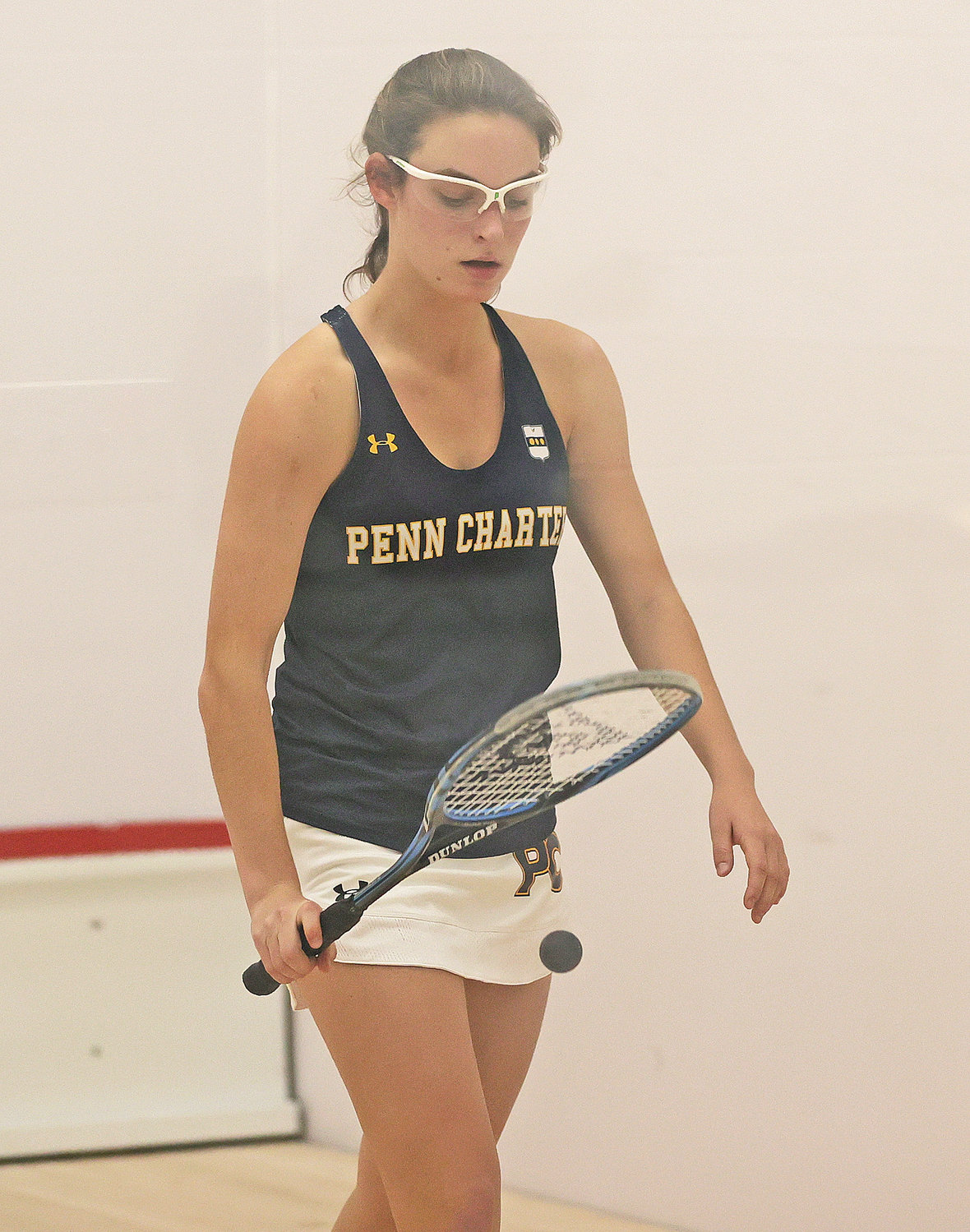 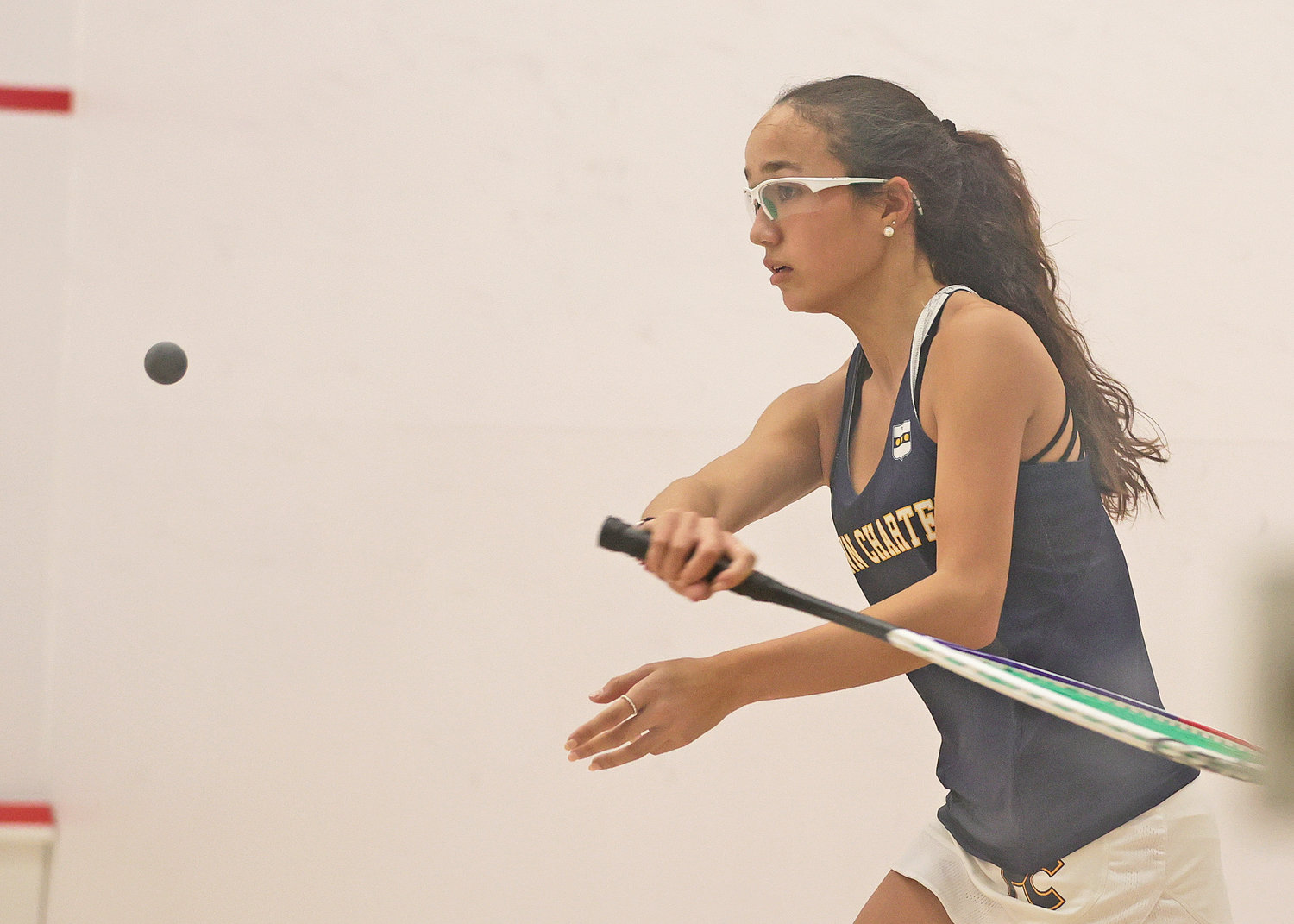 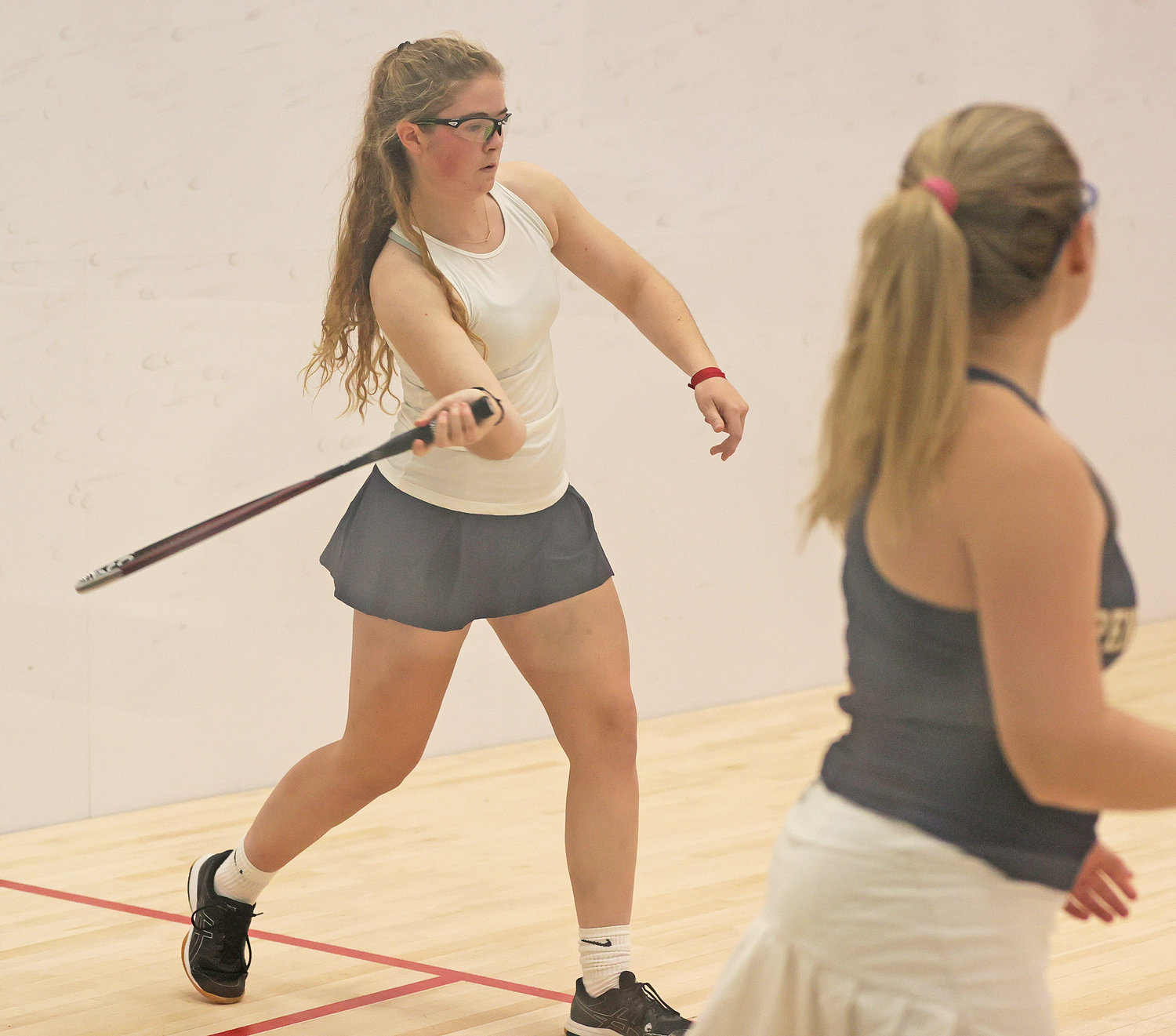 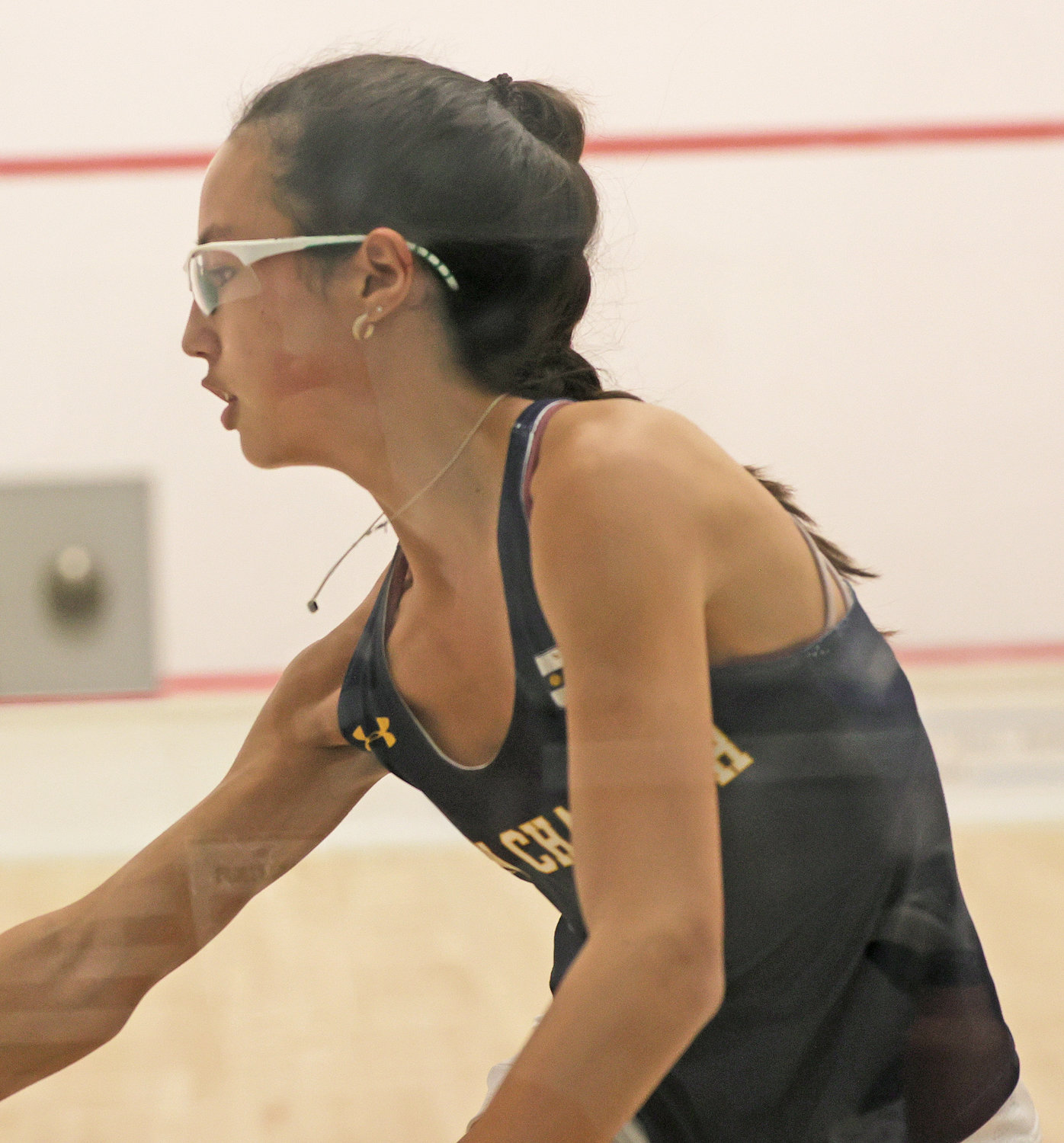 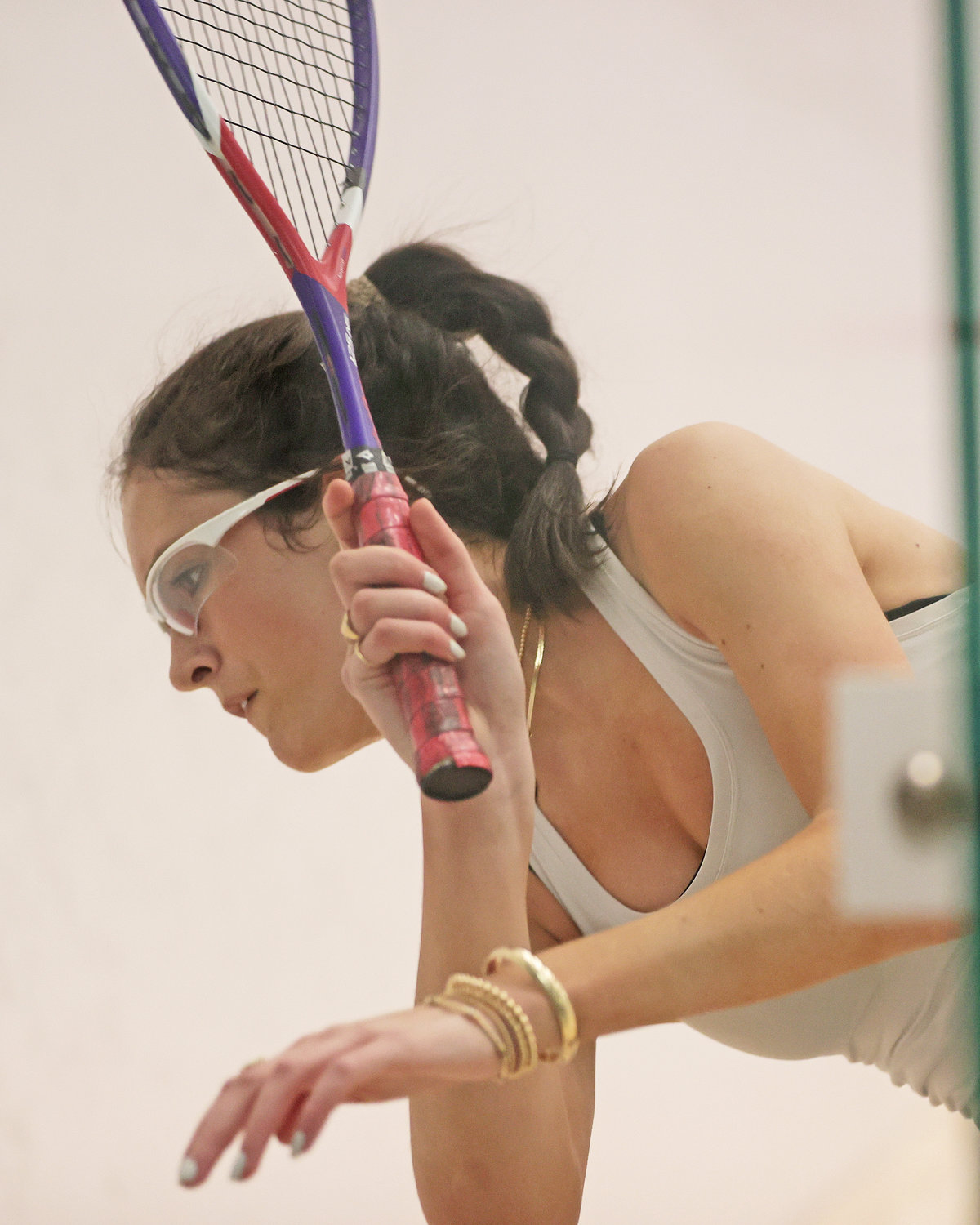 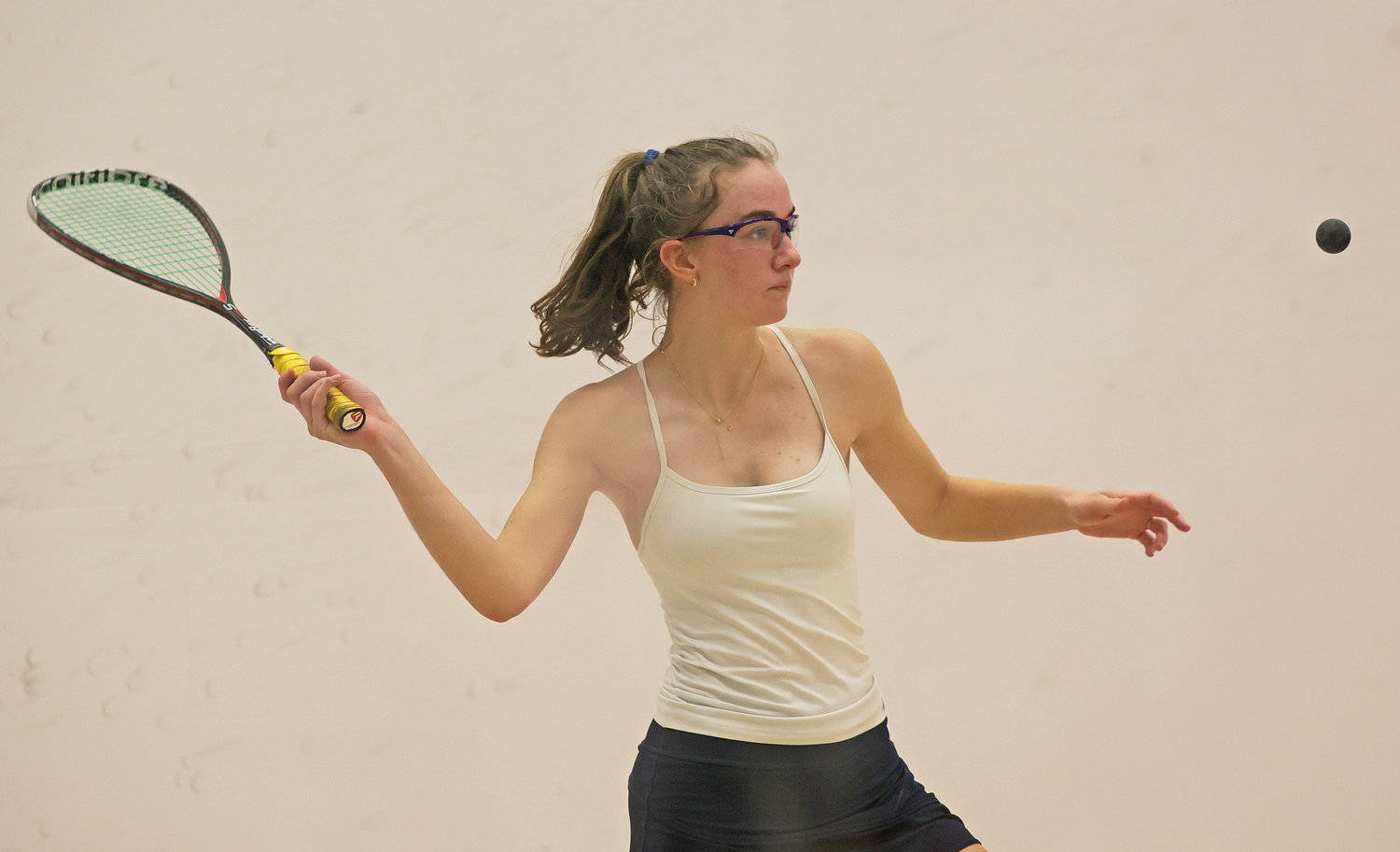 In language less flowery than that written for him posthumously by Shakespeare, the real-life King Henry V once told his troops: "As you know, the fortunes of war vary: but if you desire a good outcome, you must keep your courage intact.”

In a December 14 squash match at Springside Chestnut Hill Academy, SCH senior number one Whitney Taylor had fallen behind visiting Penn Charter freshman Sam Jaffe, losing the first two games in a best-of-three bout, 6-11, 9-11. It was the last match on the courts, and the host Blue Devils had already won seven matches to handily secure the team victory.

Her team could've gotten by without her winning, but Taylor wasn't about to quit. It was unlikely that she could wear out her opponent; Jaffe and her twin sister Alex (the PC number two) are in superb condition, having been part of the Quakers' cross country team that won the Inter-Ac title and the Pa. Independent Schools championship back in October.

Taylor employed her experience, widely varying her shot placement to move her rival all over the chamber, and then directing the ball to spots where even Jaffe couldn't retrieve it. Taylor rallied from behind to win an extended third game, 12-10, avoiding elimination. Going on to win the fourth and fifth rounds, 11-5, 11-6, the Yale-bound senior completed an 8-1 team victory.

Like Jaffe, Taylor also has a sister as a teammate. Junior Nathalie Taylor won the opening game, a 15-13 marathon, but Alex Jaffe then strung together three wins, 11-7, 11-3, 11-6, to give Penn Charter its only match victory of the afternoon.

It was not a cakewalk for the Blue Devils, though. Three other players besides Whitney Taylor had to go five games in order to prevail. Juniors Winslow Tracy and Isabella DeCesare, who were doubles partners on the SCH tennis team this fall, captured the fifth and sixth flights, respectively. Tracy topped 10th-grader Savannah Abernathy, 11-7, 11-4, 8-11, 7-11, 12-10, and DeCesare defeated fellow junior Sydney Belbello (a hockey standout for PC), 11-7, 8-11, 11-4, 7-11, 11-6.

The other four matches on Tuesday were all decided in three straight sets, starting with SCH number three Allie Stoddard's 11-3, 11-4, 11-3 win over fellow sophomore Frances Guenther. SCH senior number four Lucy Pearson, a lacrosse goalie headed for Stanford, rolled to an 11-1, 11-0, 11-1 verdict over PC junior Lexi Bari, who played first singles in tennis for the Quakers this year.

Penn Charter has a pair of eighth-graders playing in the eighth and ninth flights. Number eight Audrey Abernathy bowed to Blue Devils sophomore Lexi Levin, 11-2, 11-4, 11-6, while in the ninth spot SCH junior Anna Mazzarelli put up scores of 11-6, 11-7, 11-3 against visitor Ana Buckley.