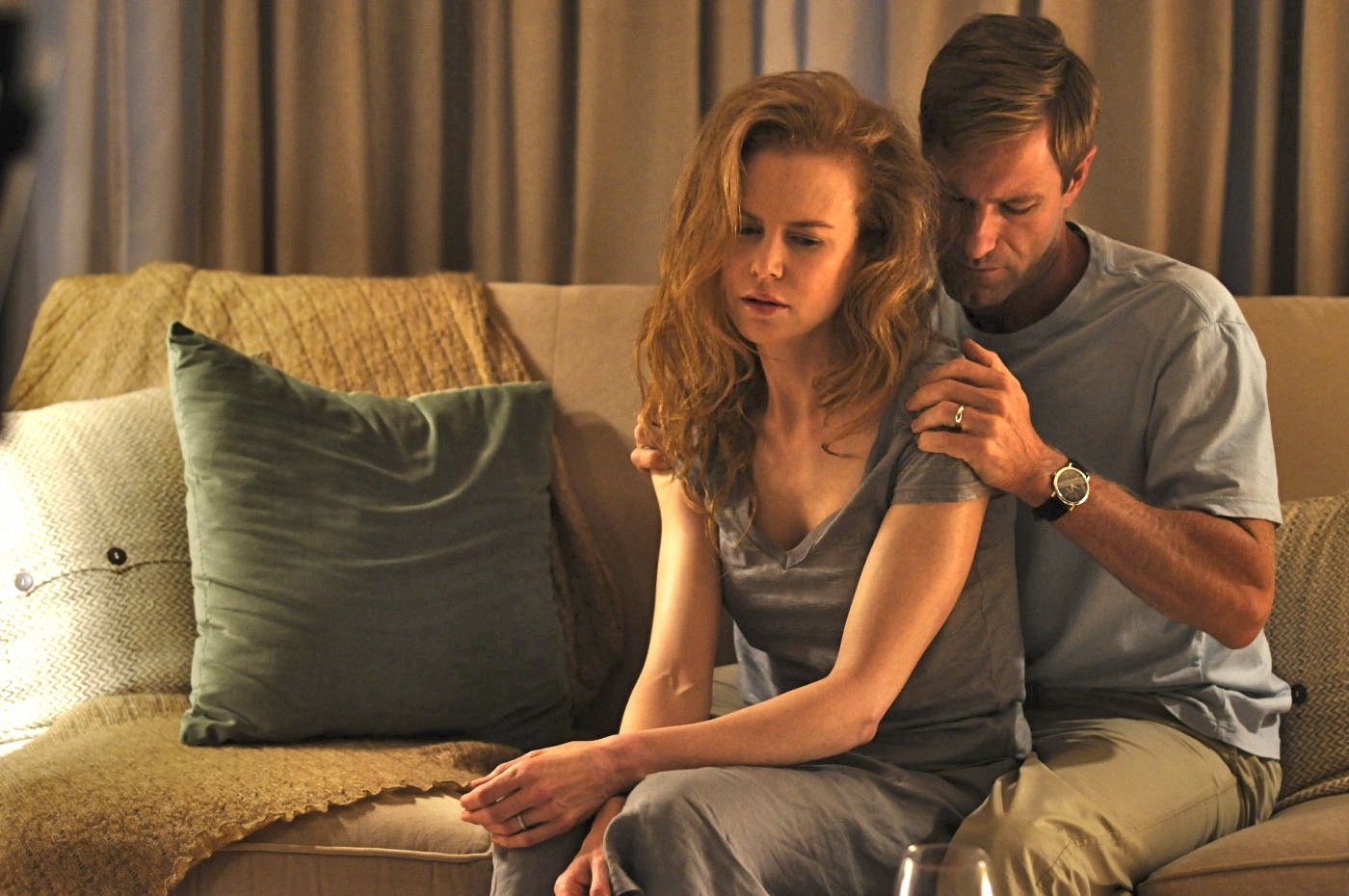 You'll find all of the above in “Rabbit Hole,” (2010) a superlative drama about overcoming grief that manages to be gratifyingly heart-wrenching without resorting to any cinematic bells and whistles.

Doesn't sound like a recipe for splashy entertainment, to be sure, but the moving and hopeful handling of downbeat subject matter on display helps allow this exquisitely sad movie to deliver bittersweet satisfaction.

Nicole Kidman (who was deservedly nominated for a Best Actress Oscar) and Aaron Eckhart play Becca and Howie Corbett, a suburban married couple trying to save their fractured marriage as they continue mourning for their four-year-old son, who died eight months ago when he chased the family dog into the street and was struck by a car.

Things are severely strained between them not just because of the unbearable tragedy that they have in common, but because of the different ways in which they deal with it. They are, it seems, at different stages of the grief process.

Tightly wound Becca wants to get beyond it by focusing in another direction, maybe even selling and moving out of a house that constantly causes her pain by reminding her of her devastating loss. She's very much in touch with her anger and hurt, which she indulges by snapping at her loved ones, including her patient, compassionate mother, played by Dianne Wiest, who also lost an adult son years ago.

Outgoing Howie, comforted by the familiarity of the house in which they raised their son, wants to stay there, wants to watch video footage of their boy, wants to keep all evidence of the son they loved and lost as close as possible.

In hopes of a therapeutic boost, they try attending a grief support group, which he finds helpful, she finds ridiculous, and we find bitterly funny, the gallows humor leavening the potentially grim subject matter.

Howie bonds with several members of the group, most notably another married mourner played by Sandra Oh. But Becca quits the group and accidentally comes into contact with the high school student (Miles Teller) who was behind the wheel of the car that killed her son. Rather than withdrawing, she approaches him and makes contact. However perverse their budding friendship may seem, she is somewhat consoled by contact with a teenager who is an older version of the son she lost and who gives her a glimpse into the future her son might have had had he lived.

Becca and Howie seem to be carving out separate lives, and the separation between them, their lack of physical contact, makes their eventual, inevitable confrontation -- when anger and hurt will fuel the accusations that are hurled back and forth between them -- that much more impactful in a scene that strikes a raw nerve.

Director John Cameron Mitchell, working on David Lindsay-Abaire's adaptation of his own Pulitzer Prize-winning play, is confident that his source material is not just observant and profound but inherently poignant, and his admirable directorial restraint pays dividends.

Kidman and Eckhart are superb, she in her anguish and he in his frustration, and Wiest and Teller provide exemplary support. You won't find a single false note in this intense, intimate, and achingly authentic melodrama in which the leads' understated, mesmerizing performances fit perfectly in a soft-spoken film about grieving that earns our empathetic rooting interest: we want these people to get through this.

“Rabbit Hole” is a movingly minimalist domestic drama. If you're embarrassed crying in front of others, better plan to see it alone.