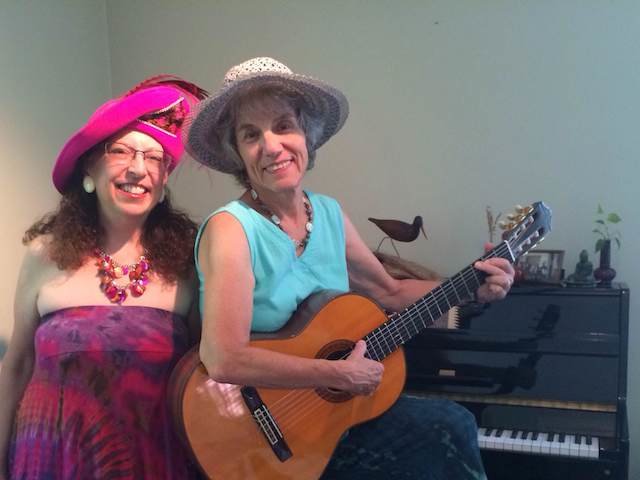 If you go to Malelani Café at 6734 Germantown Ave. in Mt. Airy this Saturday, Sept. 8., starting at 7 p.m., you will hear some of the area's most talented female musicians performing songs written by women, but if you are depressed even after hearing all that great music, you are in luck. That's because one of the musicians, pianist Paula Skutnick, is also a licensed psychologist who has taught psychology courses for more than 20 years at West Chester University.

“I chose to become a psychologist because I wanted to understand some of the dysfunction in my family (and myself) and to help others,” Skutnick, 60, told us last week. “My practice has consisted of individuals, couples and families, mostly dealing with anxiety and depression, including leading groups concerning anxiety/panic.”

But Paula also started playing the piano in the first or second grade, and towards the end of high school, she wanted “to become a rock star,” but “it soon became apparent that this was not happening.” How do music and psychology complement each other? “In many ways! I am interested in the psychology of music, in particular the concept of 'Flow' and performance anxiety and the cognitive neuroscience of playing, listening to and composing music.”

In addition to her "day jobs" as a college professor and piano teacher, Paula likes to write and play any kind of music that moves or grooves. She has played or sat-in with, among many others, Peter Ecklund (of the David Bromberg Band), The Dukes of Destiny, The Rivers (rockabilly), Carol Moog, The Blackbird Society Orchestra (authentic 1920s/'30s) and the late guitar legend Danny Starobin. She plays keyboard and sings in several Ragtime/blues/early jazz ensembles.

Paula is also a very effective teacher of music composition. In the past five years several of her students — Ben Litwack, Sean Rotter, Tom Fosnocht and Dawn Wheeler — have all won various composition awards. Paula's own favorite performance was at the Mermaid Inn in August of 2013. “So many incredible musicians were supporting me, and I have a good recording of it!”

When asked if anything unexpected, unusual or bizarre ever happened at one of her performances, Skutnick replied, “About a year ago, at the Malelani Café, my old friend Georgette showed up, not knowing I would be playing there; we hadn’t seen each other in over 40 years! We have since renewed our friendship! And she sat in and sang at least one tune with me, a song we had written together 40 years ago!”

The individual most influential in Skutnick's development as a musician/composer was her piano teacher in college, the late Miriam Gottlieb, and the individual most influential in her development as a psychologist was her first supervisor in the field, Michael Goldblatt, PhD. Paula became an aficionado of Ragtime thanks to her piano teacher in high school, the late Carol Schanely Cahn, who introduced her to the classic Maple Leaf Rag by Scott Joplin.

Skutnick also composed a brilliant Broadway-style musical, “Let Go!,” which was performed to captivated audiences at the Mermaid Inn in Chestnut Hill on Oct. 5, 7 and 9, 2009, and at the Footlighters Theater in Berwyn on the Main Line for two weekends (six performances) in July of 2010. The show includes various patients and therapists discussing and resolving their problems — obsessive compulsive disorder, depression and a couple attending marital counseling. There was a cast of 18 plus six tap dancers and six martial artists, ranging in age from pre-teens to senior citizens.

When Paula is not teaching psychology or music, she can often be found “swing dancing the night away” at the Philadelphia Swing Dance Society, usually at the Commodore Barry Club in Mt. Airy, or at the Peppermint Dance Saturday nights at the Church on the Mall in Plymouth Meeting.

At the Malelani Café on Saturday, Marsha G. Low of Flourtown will be singing and playing guitar with Skutnick on the first set, aided on a few of the songs by Debbie Ansell, “who can play anything on guitar and sings great harmony.” Paula and two other musicians will be doing the second set.

For more information, call 267-766-2396 or visit www.paulaskutnick.com. Len Lear can be reached at lenlear@chestnuthilllocal.com