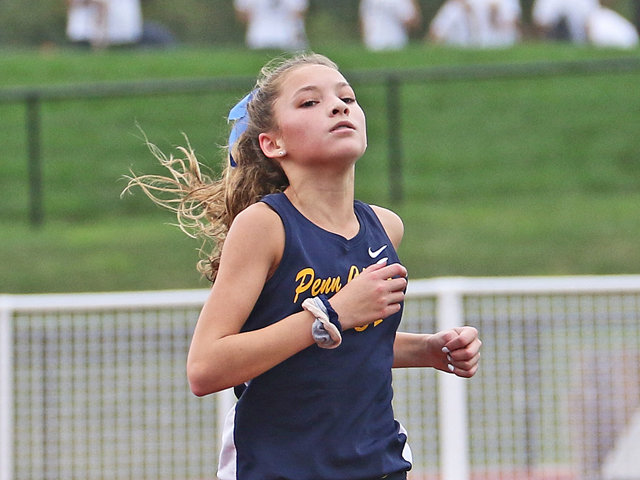 When the Penn Charter girls arrived at Germantown Academy for an Inter-Ac League cross country dual meet last Tuesday, the Patriots already knew that this was a PC squad that was a lot different than ones they'd seen in recent years.

The Quakers had opened the league season a week earlier by soundly defeating Episcopal Academy and the Academy of Notre Dame in a tri-meet at Belmont Plateau, and the overall winner was Charter freshman Emma Zwall. Zwall and her older sister Abby, a junior, are new additions to both the team and the school, and the Quakers have also had returning runners raising their game in the early weeks of the 2017 campaign.

Of course, Germantown Academy had embarked on its league schedule on the same day with a convincing win over Springside Chestnut Hill, and the Patriots are the defending league champions.

Initially, it wasn't easy to pick out the first figure to begin making the approach to the finish line last Tuesday. It was the diminutive Zwall, mixed in with some of the trailing runners in a boys' race which had begun a few minutes before the girls' event.

The freshman won in 19 minutes and 30 seconds, but the next finisher was GA's Issy Goldstein (19:47), and her classmate Gianna Murgia took third for the Patriots in 20:47. Now, team depth would determine the outcome.

Mary McDavid, a junior who has been running well for the Quakers this fall, snagged fourth place in 21:45, and she proved to be the first in a string of four visiting runners who clinched the meet for PC. Sophia Solomon, who'd been the Charter number one as a freshman in 2016, arrived at the line just ahead of Abby Zwall; both were timed in the 21:56 bracket. Coming across seventh in 22:08, sophomore Alicia Newman locked in the winning team score for the Quakers. 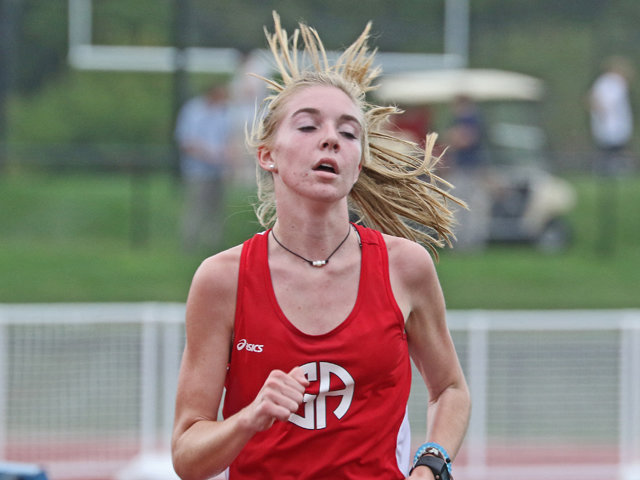 O'Hara's classmate and fellow team captain, Sydney Sciascia, came in 11th in 23:27, and Patriots sophomore Katie Sands was right behind in 23:28. The next two spots belonged to Charter juniors Izzy Crawford (23:31) and Hadley Ball (24:39).

Between the two teams, there are enough talented young runners to keep things interesting for some years to come. It looks like Penn Charter could make a clean sweep through the league dual meets, but the Inter-Ac championship, with a total of seven schools in the mix, always presents a different dynamic.