SCH student Grayson Wade on lowering the mask and discovering a personal identity. 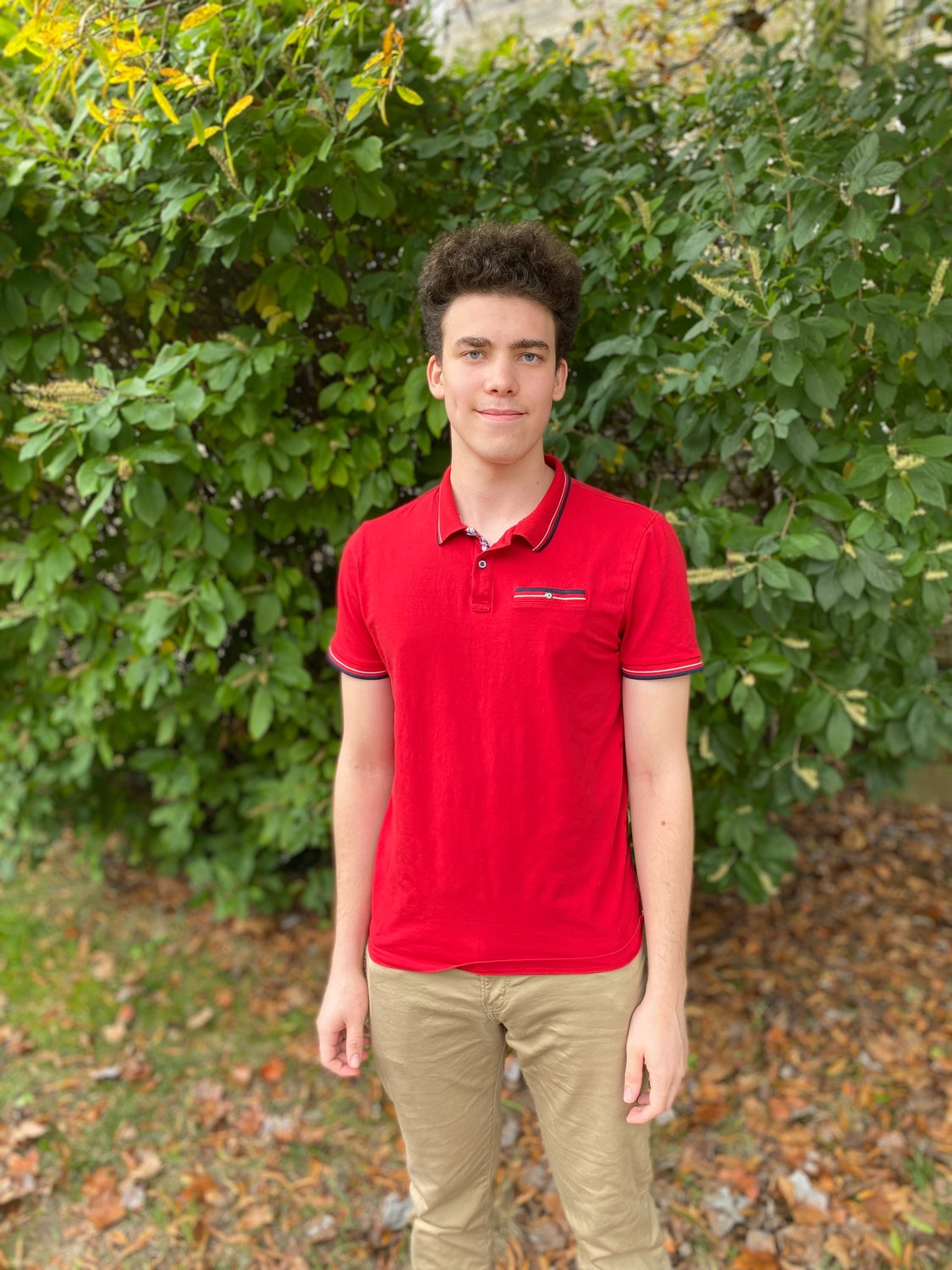 Compared to most people, I started forming my personal identity pretty late. I always had a public identity, but that identity was more or less a mask. It wasn’t until junior year that I finally began thinking about who I am, and how I present myself in the world. Luckily, during that year, I was given the perfect opportunity to do so. At the time I was already beginning to contemplate my identity as I had just read Passing by Nella Larson, which explores the toll that passing takes on a light-skinned person. But my real opportunity came in the form of a 5-point creative writing assignment for Ms. Stitt’s Honors English class.

The basic objective of the assignment was to write a short piece on the things you carry. The things could be literal, or physical, and there weren’t any other boundaries. For the first time in my life, I was pushed to take off the mask for a second and think about how it had affected me. The assignment challenged us to write in the third person if we wanted to, and I decided to give it a try. The anonymity of the third person allowed me to escape my anxiety-ridden self-consciousness and truthfully reflect on my life.

The writing process itself was arduous and at times I didn’t think I could finish. Every word I wrote felt like a step in the right direction, but I could never get the ideas to flow. Every sentence got written and then rewritten multiple times as I tried to brute force my way to perfection. I was floundering, hoping that by sheer luck, I would manage to truly convey the emotions swimming around in my head. The voice in the back of my mind fought valiantly to drown these emotions. It begged me to take the easy way out, and write something generic and meaningless. However, after an impossibly painful hour, I realized that this was my time to come to terms with my existence, and I finally let go. I silenced the voice inside my head that badgered me about how my peers would read it. The voice that had been diluting my metaphors, and obscuring my imagery was finally gone and I was free to write exactly what I felt. My mental dam had been broken, and the emotions and thoughts flooded out onto the screen. After a grueling three-hour mental slog, I had finally produced a page.

Once I hit “turn in” on Google Classroom, I was flooded with relief. I had completed a task I once thought impossible, and I had dealt with ten years of pent-up emotion. I showed it to a few people who I trusted, but other than that I kept it private and moved on. When asked if anyone wanted to read their piece to the class, I stared at my desk, cowering behind anxiety and insecurity. I was still struggling to come to terms with my identity internally, and at the moment, even putting these thoughts into words was terrifying. I was nowhere near ready to read these thoughts to a room of my peers. I wasn’t yet ready to accept the consequences of my new identity. As much as I wanted to say I had been reborn and was suddenly ok with my existence, some things take time.

It felt as though the year flew by, and as I sat in class waiting for Ms. Stitt to explain her plan for the last day of class, I was excited. I had enjoyed the class and assumed that whatever we did was going to be fun. However, about five words into her explanation my heart sunk as I realized what I would have to do. On the final day of class, we had to read aloud one thing that we had written during the year. While this may seem like a fun and simple final activity, to me it was torture. I spent the rest of the day stressing about what I would choose. I prayed that something would happen and I wouldn’t have to read, but I knew I would have to be prepared.

The next morning, I could barely eat and my heart raced as I went over all the possible outcomes in my mind. Then, before I knew it I was in class listening to people read. I don’t remember much of what was said, but I remember praying that the period would end. Then in the middle of class, Ms. Stitt went over the list of people who hadn’t gone and excluded my name. This was my opportunity, the stroke of luck I had been waiting for. But in this moment, where I should have been relieved, I realized I was worried. Somewhere deep inside I truly wanted to read and share everything that I had held in for so many years. After a few minutes, I did the thing I never thought I’d do, I volunteered to read. I willingly volunteered to do the thing I had spent so much time trying to avoid. The battle between my identity and my anxieties had finally been won and I was ready to start a new chapter in my life.

I took a deep breath to calm my nerves, and as I read, I became hyper-aware of my voice. Every small quaver, every small voice crack, every phrasing error seemed like an earth-shattering blunder. My messy delivery butchered the words I had spent so long perfecting, scattering the meaning I yearned to share. I could feel the emotion creeping into my voice, and I was determined to hide it no matter the cost. I became breathless trying to stick to the intended phrasing. I often ran out of air right before the end of a sentence, the awkward pause defiling its beauty. When I finished, I was devastated. I knew that my delivery was terrible, and felt as though I had failed. All of the pain and emotion that had gone into writing the piece seemed to be for nothing.

Then, the snapping started. As I became aware of the world around me, I realized that most of the things that I had seen as unforgivable mistakes, were unnoticeable to everyone else. My heartbeat slowed to a normal pace, and I realized that I was trembling. My fear that honesty would bring hatred and judgment was irrational. I had started to conquer my fear and had taken the first step towards self-acceptance. While I wasn’t fully there yet, it was a good start to what I grew to learn would be a lifelong journey.