Teenage engineering student and entrepreneur Raquel Dunoff sells jewelry with a science theme through “Trendsetter Gear,” an online boutique she launched in June.[/caption] by Elizabeth Coady … 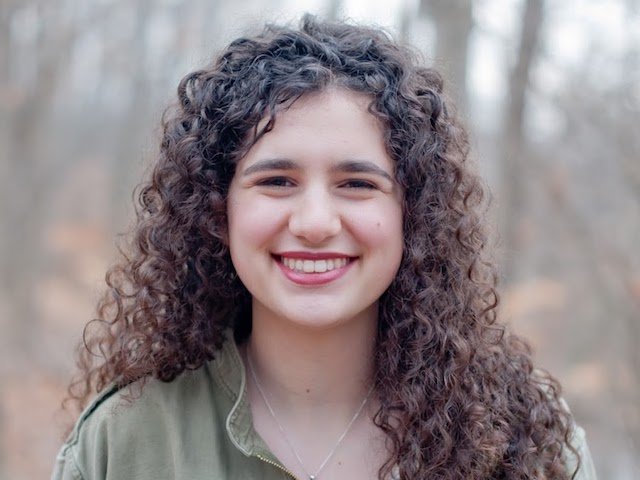 Teenage engineering student and entrepreneur Raquel Dunoff sells jewelry with a science theme through “Trendsetter Gear,” an online boutique she launched in June.[/caption]

She’s only 19, but engineering student Raquel Dunoff is already an entrepreneur selling science-themed jewelry to promote women working in science and technology. In June, the Plymouth Whitemarsh High School graduate launched “Trendsetter Gear,” an online boutique whose tagline is “Empowering women in STEM through fashion.”

STEM is the acronym for “Science, Technology, Engineering and Math,” subjects in which men predominate but women also aspire to and excel. Dunoff says she gravitated to engineering in high school, where she had only a handful of female peers and where she noticed that girls were often overlooked by both boys and teachers.

“I was always one of like very few girls in my STEM classes,’’ said Dunoff, a rising sophomore at Franklin W. Olin College of Engineering in Massachusetts. “It would always be hard, especially with teaming and partner projects, and that’s like a big thing now. You’d either be the only girl on the team, or the teacher would be like, ‘Oh, let’s just put all the girls on one team.’ Like, it was always like a weird dynamic with that. I just think they didn’t know what to do with us.’’

But, she points out, ‘’We’re just the same. Like, we engineer just as well as all the other guys. I just didn’t think they were used to it, so they didn’t know what to do.”

Dunoff’s mission with STEM Trendsetter Gear is clear: to promote and support more women in the sciences.

“My philosophy, I guess, is if women see other women that are passionate about their technical interests ... then they’ll feel more accepted into the STEM community. It’s like social entrepreneurship, so it’s promoting the mission of empowering women in STEM.’’

Among those recognized are Jane Cooke Wright, an African-American who was “a pioneering cancer researcher and surgeon noted for her contributions to chemotherapy,’’ according to Wikipedia, and Mae Jemison, the renowned first female black astronaut. 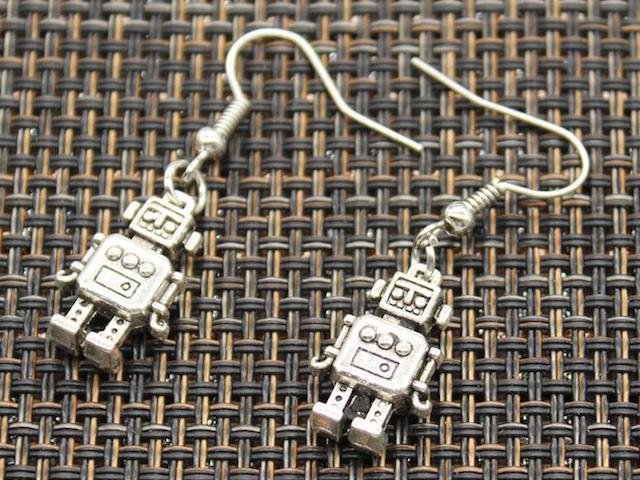 These robot earrings ($8) are among the many clever scientific-oriented items on the Plymouth Whitemarsh High School graduate’s “Trendsetter Gear” online boutique.[/caption]

Dunoff says her personal role model is Sheryl Sandberg, COO of Facebook and author of the book “Lean In.” ''I admire her drive and mission to help women's advancement,'' Raquel wrote in an email.

Launching in June at the Philadelphia Mini-Maker Faire, Dunoff's endeavor has already netted her several news and blog mentions. She says she will seek to promote her brand at conferences for women working in the sciences and tech.

“At the Maker Faire, I got to meet a ton of cool makers that make jewelry and products, and I also got to network with other organizations in the area,’’ said Dunoff, who is interning at Clutch in Ambler this summer. “And it was a really fun event to, like, see all the other makers in the community.’’

Dunoff got the idea to create a science symbols store (she does not make the jewelry herself — yet) after getting rave reviews on a pair of hammer earrings and a gear necklace that she owns.

“I would get, like, a ton of compliments on that jewelry,’’ Dunoff said via telephone. “I was showing off that I’m an engineer, and I’m proud to be an engineer and studying engineering in college. And so people really liked that form of self-expression in the jewelry.”

The store also helps her get a jump on ‘entrepreneurship,’ a subject she’ll be studying in the fall at Olin. When she returns to campus, she and her friends will begin making their own jewelry for the site, which she will develop and expand for her college credit.

At Olin, the class is divided 50-50 by gender, meaning that she is now surrounded by many female engineering hopefuls whom she enjoys working with.

“It’s awesome to have the opportunity to work with other female engineers on all my projects. And I want other women to like have this opportunity, so ... this is my way of trying to help it by increasing the number of women that are excited to be in STEM.’’

You can visit Raquel's store at StemTrendsetter.com

No comments on this story | Please log in to comment by clicking here
Please log in or register to add your comment
Donate now to CH Local
The Latest
For the holidays, consider these foodie gift finds
For the past eight months, I have delved into the world of DIY in ways I never thought possible. I used to think DIY meant spending five hours putting together a maddening Ikea product. But since …
Holidays return to the Hill, a little cozier
The holiday season this year is a little different, and traditions are being reinvented to keep up. Holidays on the Hill might require more social distancing, but that means visitors can shop and stroll with more room to look around.
SCH alumna donates business proceeds to Operation Smile
Springside Chestnut Hill Academy alumna Nilah Jordan '20 recently donated $1,500 to Operation Smile to help pay for six cleft palate surgeries, antibiotics for 30 children, and a new exam station for …
Firehouse proposal challenged Hill’s sense of surroundings
Working in the field of design, my interests are quite varied, especially in how we are all affected by our surroundings, both interior and exterior. It has always been fascinating to me how people …