On the Avenue: Splitting the check

Today, we introduce a new cartoon and cartoonist to the fold of the Chestnut Hill Local: “On the Avenue” by Joe Dworetzky. Dworetzky practiced as a lawyer in Philadelphia for 35 years, first as …

On the Avenue: Splitting the check 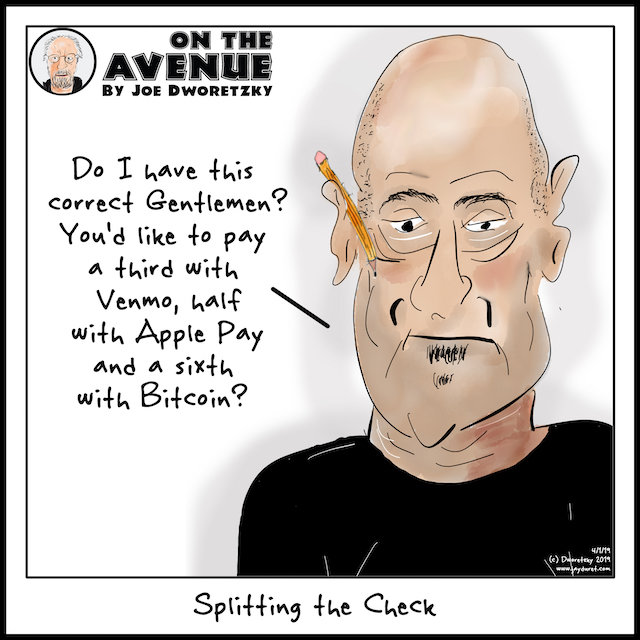 Today, we introduce a new cartoon and cartoonist to the fold of the Chestnut Hill Local: “On the Avenue” by Joe Dworetzky.

Dworetzky practiced as a lawyer in Philadelphia for 35 years, first as a partner at Drinker Biddle and later at Hangley Aronchick. He served as City Solicitor under Mayor Ed Rendell, and for four years was a member of the School Reform Commission. He moved to San Francisco in 2011 and began a second career as a writer, illustrator and cartoonist.

He is currently a DCI Fellow at Stanford University where he is studying journalism. His editorial cartoons appear regularly in The Stanford Daily. Joe and his wife, Amy Banse, recently bought a condominium in Chestnut Hill and expect to spend more time here in the coming years. Joe’s cartoons for the Local will focus on contemporary social culture, with particular emphasis on food, relationships and technology. He can be reached at duret@earthlink.net

On the Avenue: Modern aviation