by Pete Mazzaccaro This Thursday, April 27 the three candidates vying for the office of City Controller of Philadelphia will debate each other from 7 to 8:30 p.m., at at Springside Chestnut Hill …

This Thursday, April 27 the three candidates vying for the office of City Controller of Philadelphia will debate each other from 7 to 8:30 p.m., at at Springside Chestnut Hill Academy’s auditorium, 8000 Cherokee Ave.

Off-street parking is available at the school.

The three candidates for controller are incumbent Alan Butkovitz, Democratic challenger Rebecca Rhynhart and business consultant Mike Tomlinson, who is running unopposed for the Republican nomination.

Butkovitz and Rhynhart will face each other in the May 16 primary for the Democratic Party nomination.

Below are brief profiles of each candidate as well as answers to three questions. Some responses were edited for length. 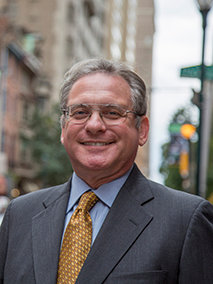 Alan Butkovitz, 65, has been the Controller for the City of Philadelphia since being elected to the office in 2005. This is his third term in the position. Butkovitz attended Temple University earning a degree in political science before enrolling in Temple University’s School of Law. Before holding public office, he worked as an attorney in Philadelphia. He then went on to represent the 174th District in the Pennsylvania House of Representatives and remained there for 15 years before securing the position of Philadelphia Controller. He is a resident of Northeast Philadelphia

Why are you running for re-election?

Because we've built a world-class team in the Philadelphia Controller's Office and are consistently one of the top national award winners from the Association of Local Government Auditors. We are the lead anti-corruption unit in Philadelphia and law enforcement builds cases off of work done by us. Our audits are game changers, such as the one we did on fire department brownouts and rotations, which showed that we lost money and they contributed to the tragic loss of a firefighter. We have also become national leaders on the retirement crisis, proposing a pension buyout program that could lower the unfunded liability by over half a billion dollars. Additionally, our think-tank remains at the forefront of innovation and has been working with “eds and meds” to buy locally and potentially match them with local producers.

If elected to a fourth term, what will be your top priority?

To be an independent watchdog and to protect the city's short-term and long-term financial health. 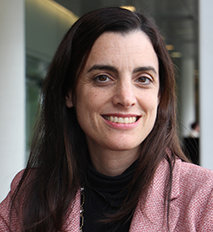 Rebecca Rhynhart, 42, has worked in the public sector of Philadelphia government since 2008. She was the City Treasurer and Budget Director under Mayor Michael Nutter and served as chief administrative officer under Mayor Jim Kenney. Before joining city government, Rhynhart worked in municipal finance as a credit analyst in the private sector and spent time at Bear Stearns. She received her bachelor’s degree from Middlebury College and a master’s degree in public administration from Columbia University. She is a resident of Center City.

Why are you running for City Controller?

Nine years ago, I left my private sector job in financial services to have the opportunity to serve in the public sector. At that time, I didn’t imagine I would ever run for office, but it’s clear that we deserve more from our City Controller. My experiences in the financial services industry along with managing the city budget gives me the skills to ensure that every resident’s tax dollars are well spent. I’m a passionate progressive who believes that modernizing government frees up money to invest in upgrading the services our residents deserve.

I will bring a fresh perspective and accountability to this office. Alan Butkovitz has been running for office for 26 years and he's all about politics – no wonder he thinks governing is about splashy news conferences instead of progress and results. After three terms as Controller, he has plenty of headlines, but few substantive accomplishments. I have the financial experience to make our government more efficient, and I'll put getting results ahead of politics and publicity.

With 15 years of financial experience both in the private sector and helping to run Philadelphia’s government as City Treasurer, Budget Director and Chief Administrative Officer, I have a granular understanding of how the city spends taxpayer’s hard-earned dollars. I have a significant record in helping mayoral administrations become more efficient and effective. I would bring an independent, open-minded and collaborative management style to the Controller’s Office. My administration would do the work required by the City Charter, pursue any and all problem areas and develop solutions based on the facts and targeted to advancing the well-being of the city’s taxpayers and citizens. I have the expertise and experience in overseeing the fiscal health of a large public organization employing more than 25,000 Philadelphians. I have the independence to provide the hard answers to intractable problems irrespective of the various interests that are wed to the status quo. And I have the collaborative mindset that can persuade the leaders of the other branches of government to implement my office’s proposals. My experience makes me the most qualified candidate for City Controller.

If elected, what would be your top priority?

My top priority will be to spend taxpayer dollars more efficiently and effectively, saving millions of dollars each year. Philadelphia city charter requires the City Controller to audit every department every year. The current Controller has failed to do that. I will follow the city charter with a focus on modernization and best practices. I will drive this towards a minimum of $10 million a year in general fund savings which can be put towards the needs of our communities. It is through the modernization of city government and the careful auditing of each department that we will be able to identify inefficiencies and waste to invest in the services our communities deserve. 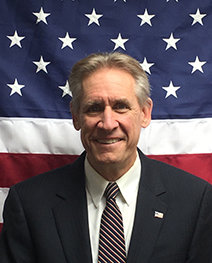 Michael Tomlinson, 60, is a longtime business consultant who has worked for big banks, insurance companies and other industries. He is a graduate of Temple University’s Fox School of Business and once worked as a teacher at Overbrook High School. He is also active in community organizations, including the Foundation Fighting Blindness and the Holmesburg Boys Club. Tomlinson lives in Northeast Philadelphia.

Why are you running for City Controller?

I'm running for City Controller to provide the very-much independent oversight of the taxpayer dollar. I will aggressively perform the required audit, review and investigation of city operations that is significantly deficient. I want the Controller to be the eyes and ears of the people. I want to ensure residents are kept aware and fully informed of the true nature of the waste, inefficiencies and all forms of corruption. I will make certain that necessary changes are made to safeguard the resident taxpayer interests and guarantee a more effective and efficient use of city resources. I am running for City Controller because, like many residents, I am frustrated with the shady management of our city operations and lack of transparency to the residents of the city I love. I have no personal interests in this endeavor; just well-intentioned service to represent The People

I’m the most qualified, independent and objective person running for Controller. I’ve had a career managing large corporate accounting and financial operations combined with extensive national and international experience as an audit and investigative business consultant. I understand accountability, efficiency and, most importantly, affecting change. I am the most independent and non-establishment candidate seeking this critical office. I’m the candidate with the most relevant experience, which includes a career as a Certified Public Accountant. City residents need someone who will perform the responsibilities of City Controller without submission to the politics of the job. I’m not the typical, routine establishment politician or entrenched government insider. I am seeking this position with the perspective of an outside consultant who is beholden to no-one but the residents of the City of Philadelphia. Finally, my experience in auditing pension plans is necessary given the City’s Pension Plan crisis. We’re being misled about the Pension Plan assessment.

If elected, what would be your top priority?

My top priority is restoring accountability, reliability and confidence in the Office of City Controller. Priority is assurance that the Controller will fulfill its intended purpose and keep The People fully informed. My equal priorities are two crises not being adequately addressed: the City Pension Plan and the failed school district. Both of these priorities have significant deficiencies of which city residents are being misled.

The Philadelphia Charter explicitly requires a complete annual audit of the School District. An annual budget exceeding $3 billion is not audited, reviewed, examined or scrutinized as to how our school funds are managed. This is an environment that is ripe for fraud and corruption. I perceive clear evidence of waste, corruption and rampant misuse of School District money.

My equal priority is the crisis of the City’s Pension Plan. City management is providing misleading facts about the pension situation. An $11.7 billion obligation to retirees has only $4.4 billion of fund assets to meet this obligation. During 2016, when the typical pension plan earned an average of at least 5 percent, the city lost 3.17 percent or $149 million. The Board of Pensions (Controller is a mandated member) is misrepresenting that fund assets will achieve 7.7 percent return/income, per year, for the next 10 years.

This is a clear distortion of truth about future assets to meet future pension obligations. I recognize the Controller has fiduciary responsibility and authority to audit and examine Pension Plan operations which are exhibiting warnings of corruption. I’ll conduct detailed audits to ensure the accuracy of the $11.7 billion liability; I believe it is understated.