Lyft driver/life coach in high gear with ‘Focus of Love’

(Left) James’ new book is designed to help readers “live their purpose, create the love they want and have the life they love!” (Right) James is a Lyft driver and life coach in addition to …

Lyft driver/life coach in high gear with ‘Focus of Love’ 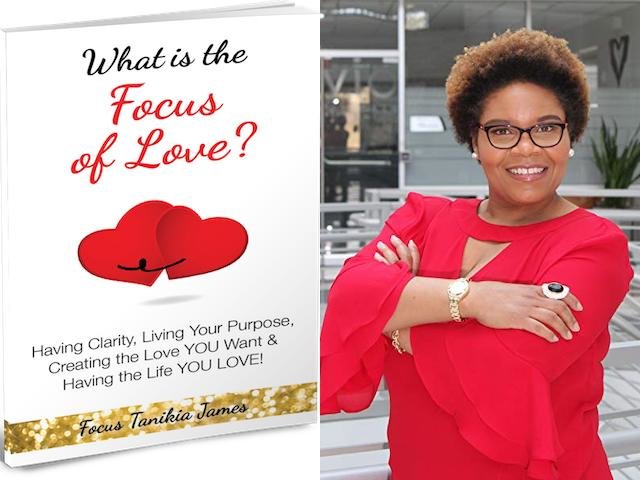 (Left) James’ new book is designed to help readers “live their purpose, create the love they want and have the life they love!” (Right) James is a Lyft driver and life coach in addition to being a new author.[/caption]

One never knows where stories will come from. A freelance writer whose articles have appeared periodically in the Local contacted me last week and said, “I took a ride with a Lyft driver today, and she had quite a story. It turns out that she is a life coach and has just written a book that is very interesting.”

The Lyft driver is Focus Tanikia James, 47, author of a new book titled “What is the Focus of Love?” I don’t think you can interview her without asking the obvious question, “Is Focus your real name?”

“I acquired the name ‘Focus’ after I performed a spoken word poem called ‘Deeper Deeper’ at Temple Ambler with an audience of about 150 people," James said. "As a Broadcast Telecommunications Mass Media and Theater major with a minor in Women’s Studies, I took on that name and started a radio show the following semester called ‘Focus on Relationships.’ It was well received, and I knew I had something but did not know to what extent.

“My birth name is Tanikia Melissa James. According to a user from Jamaica on the Names.org website, the name Tanikia is of English origin and means ‘Guarded by God, loving heart and soul and forgiving.’”

James, who now lives in Plymouth Meeting, was born and raised in North Philly. She attended Franklin Learning Center for high school, where she played volleyball, basketball and softball.

James received a two-year “King Scholarship” to attend Community College of Philadelphia with a dual enrollment at Temple University.

“It took me six years to acquire my degree because I was married and trying to start a family simultaneously. I took classes off and on; I suffered through the still-birth of my baby girl before successfully giving birth to my son, but I persevered.”

When she had her son, James owned and operated a home day care, and her first degree was in Early Childhood Education, which helped her become a certified pre-school teacher for seven years.

It was not until after her divorce from a church pastor that James completed the dual degree at Temple University in 2004.

She traveled over 37 states with several companies, working and studying business/leadership and network marketing.

“I interviewed hundreds of singles and couples about relationships.”

She also worked for a local cable/communication company for seven years in customer service, retention and sales.

Since July, James has been a part-time Lyft driver.

“It serves its purpose for quick cash during the hours my daughter is at school from 9 a.m. to about 1 p.m. to fund my purpose and still gives me three hours to build TheFocusofLove.com. It’s a win-win.”

James’ next project is the 2020 Creative Calendar by Run Boy Run Productions of Culture Works of Greater Philadelphia. It is a calendar that will feature creative artists from all walks of life in Greater Philadelphia. A portion of the proceeds will be donated to organizations that support and educate children in the arts.

“She is a powerhouse speaker,” said Majet Reyes, founder of DivaGirl Philly. “She shared some raw experiences in her life and in her relationships, which helped the audience resonate with her.”

James also received her official certification as a life coach, teacher trainer and speaker from the John C. Maxwell Academy in August 2018 in Orlando, Florida.

Since then, she has coached many people internationally in multiple venues and individuals via www.Zoom.us, a video communications website.

“The hardest thing I ever had to do,” she told us, “involved the passing of my mother. She woke from a coma cringing and reaching for my face to hug me. It was a sweet embrace … She taught me that integrity is doing the right thing even when no one is looking.”

If James could live anywhere on earth, she would “live in Ireland to study my heritage. My great-grandfather, Alexander O’Connor, was a merchant seaman who traveled from Ireland to the south, fell in love with my great-grandmother, Ms. Milligan, and had nine children.”

James would like to take the opportunity to publicly “thank my brother, Maurice James … His calm and protective demeanor created a beautiful transition for our mother and a space for me to transform our relationship, which later produced my first book and LLC.”

Visit her website for more information.. Len Lear can be reached at lelnear@chestnuthilllocal.com