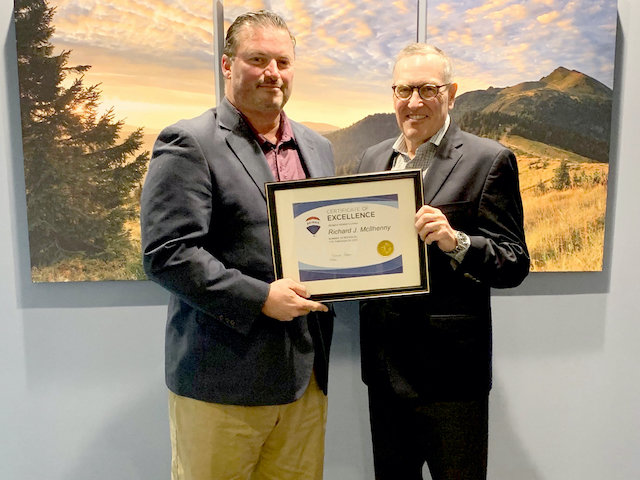 Lifelong Mt. Airy resident and RE/MAX Services agent Richard McIlhenny was the recipient of REMAX Pennsylvania and Delaware Region’s Top 25 Sales Associate based on production through the third quarter of 2019. He ranked 20 out of over 3,000 agents.

McIlhenny has many outstanding achievements and recognitions including Philly.com’s Readers Choice Award as Best Real Estate Agent in Philadelphia for both 2015 and 2016, Real Estate Executive’s 100 Most Influential Real Estate Agents in Pennsylvania. He also has placed as Best of Trulia Award Winner Top 1% Based on Sales and Client Reviews, and has been nominated in 2018, 2017, 2016, 2015, 2014, 2013, 2012, 2011, and 2010 as a Philadelphia Magazine Five-Star Agent Award winner. He specializes in real estate sales in Northwest Philadelphia and Montgomery County.

“Richard has ranked in the top of his field for well over a decade,” said Bob Acuff, president and co-founder of RE/MAX Services in Blue Bell. “His focus on serving his clients to the highest level is the foundation of his success.”

Elfant Realtor has his own Mt. Airy historical mansion

Not sports but real estate contracts for Mt. Airy broker