When the new health safeguards were introduced just before Thanksgiving, there was concern that all shopping would move online this holiday season. Stores have worked out strategies. 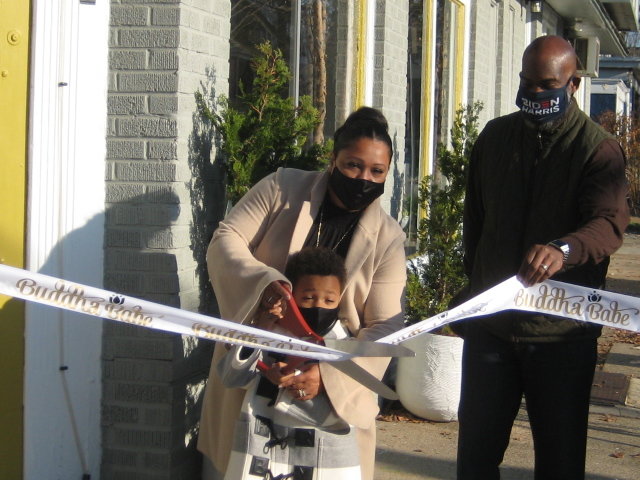 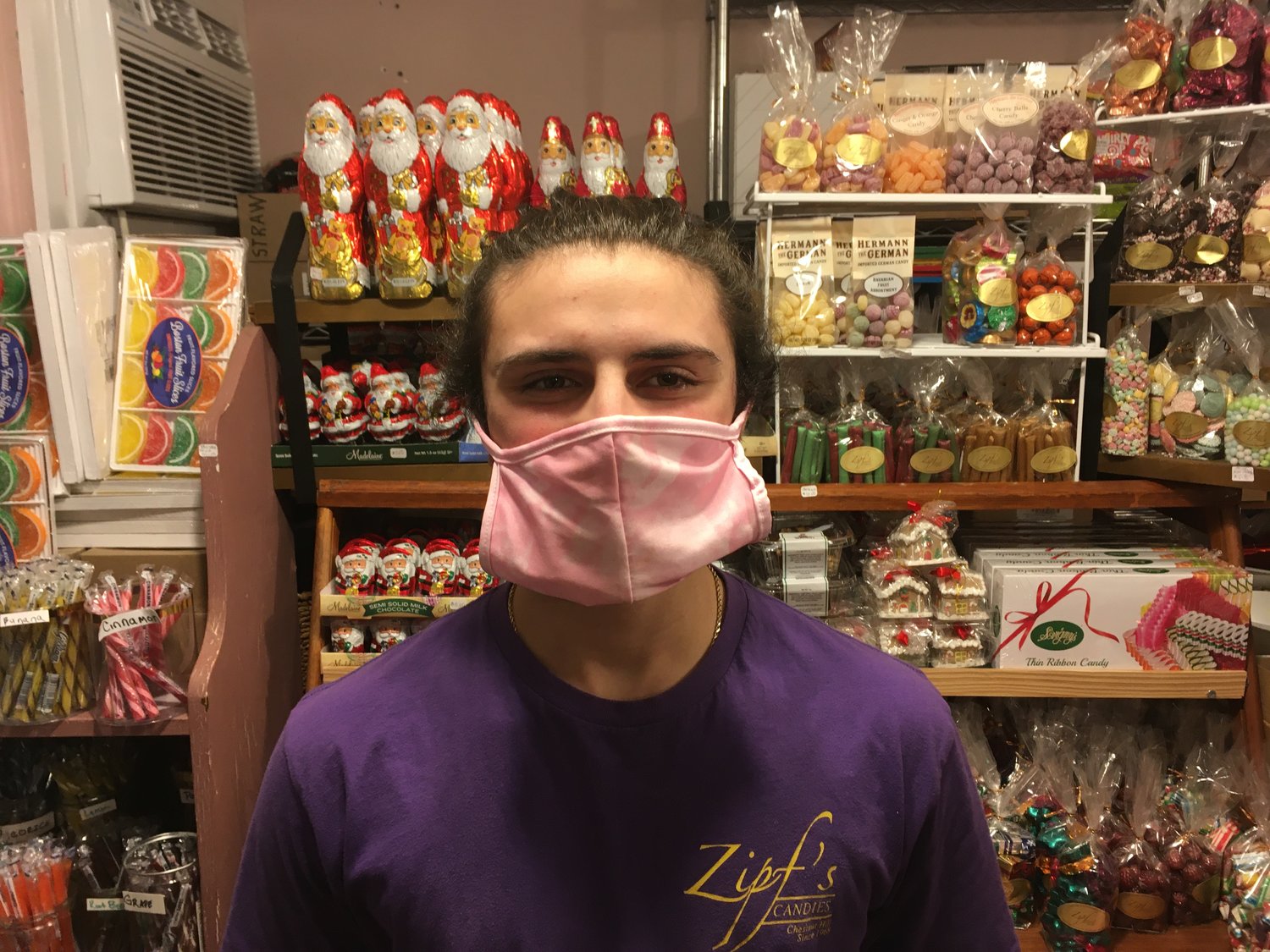 Nick Brady behind the counter at Zipf’s. While the pandemic has presented challenges, the candy store has remained fully stocked, and even has more pre-orders. (Photo by Walt Maguire)
Previous Next
Posted Wednesday, December 2, 2020 10:48 am
By Walt Maguire

When the new health safeguards were introduced just before Thanksgiving, there was concern that all shopping would move online this holiday season. While there was a limit on occupancy, and in some cases reduced hours, stores have worked out strategies to meet the new standards and allow customers to continue to shop in-person.

Zipf’s Candies, 8433 Germantown Ave., is possibly the smallest store in Chestnut Hill, normally accommodating about five people at the best of times. Paula Fingerut took over Zipf’s two-and-a-half years ago (“Three years in June.”) and while this year has been challenging, the customers might not notice. There have been no problems with the supply chains, so the shelves are full. There was a steady stream of shoppers, a few at a time, stocking up for the holidays. Even without a website, phone orders and curbside delivery have kept her busy.

The Wednesday before Thanksgiving, a man hurried through the door just before closing time, checking his mask. He said he lived in Center City and made special trips to Chestnut Hill just to go to Zipf’s. He and Fingerut discussed the finer points of gummy bear flavor and textures, and he made a careful selection. He added a bag of his favorite nonpareils. Then he was off to Busy Bee Toys to buy a present for his niece. But he wasn’t sharing the gummies.

Chestnut Hill has a number of efforts to promote shopping in a safe way in its business district. One prime example is the change to its traditional Stag & Doe nights into a long day of spaced out shopping on Wednesday with free parking in Chestnut Hill’s parking lots on Wednesdays. Other efforts include appointment shopping for people who want to be sure to visit a store when it’s not crowded. For more, see chestnuthillpa.com/events/

Early in the morning on Small Business Saturday, Buddha Babe opened its doors at 7101 Emlen Street. Tina Spence Dixon started renovating the space in July, and even with damage on October 28 — several local businesses were targeted by vandals during citywide rioting over the Walter Wallace shooting — she stayed on track to open November 28. The new store is both a shopping destination and a workshop for creating the clothes.

Their specialty is fabrics that are fashionable, organic, and sourced from small makers in North Carolina, Los Angeles, and Bensalem.  It might be the only local place that can provide a mask, shirt and blanket in a matching “Philly Love” pattern for both child and parent.

While Buddha Babe has existed online since 2014, the physical space allows for browsing in a sunny space, checking the size of a onesie against your baby, or even watching the clothes being made at one of the sewing stations in the back of the studio. There are some items not available online, such as the Grab’n’Go baby shower gift boxes: a bib, burp cloth, and teething ring ($65).  When the pandemic restrictions lift, Spence Dixon hopes to add workshops and other events.

Derek Green, City Councilman-at-Large, is encouraged by Spence Dixon’s drive. Green used to be president of the East Mount Airy Neighbors Association. He and his wife used to have a store on Germantown Avenue “Having retail like this…That’s what helps the community. It encourages walking and exploring the neighborhood.” Buddha Babe already increased the foot traffic on its first day; they had expected a small crowd for the opening ceremony, but shoppers came by all day to check it out. Green is also on the board of the National League of Cities and President of the PA Municipal League.

“It’s not just a Philadelphia issue,” he said. “Cities around the Commonwealth are concerned about retail and revenue…This is an issue for a lot of cities, a lot of states, so having a retail business opening in the middle of a pandemic on Shop Small Business Saturday is encouraging life, just like the vaccine, Taking that risk, she’s starting an adventure that’s going to help people and help Mount Airy.”   Unlike Chestnut Hill, Mount Airy has a series of small shopping districts instead of one main stretch, so finding these locations can require more information. “I’m glad to see a Mount Airy focused paper come back.”

Outgoing City Acting Director of Commerce Sylvie Gallier Howard happens to live in the neighborhood. While it’s been a rough year, she feels “a lot of businesses have learned to pivot.” She’s encouraged by the resilience.  “Even though this business has existed online, the fact that there’s a brand-new storefront opening during these times is great.” She leaving her position at the end of the year and hopes to start her own small business.

Hill native to launch new business that caters to babies