Jazz organ master coming to Chestnut Hill club on May 30

Brian Charette, one of the nation’s finest jazz organists, will perform with his trio at Paris Bistro Jazz Café on Thursday, May 30, starting at 7 p.m. (Photo by Melanie Scholtz)[/caption] by Len …

Jazz organ master coming to Chestnut Hill club on May 30 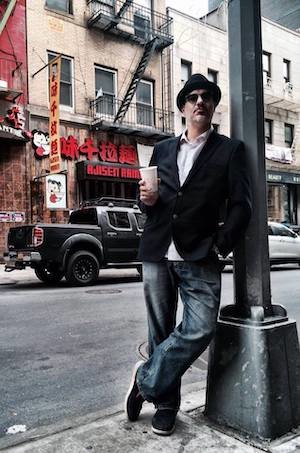 Brian Charette, one of the nation’s finest jazz organists, will perform with his trio at Paris Bistro Jazz Café on Thursday, May 30, starting at 7 p.m. (Photo by Melanie Scholtz)[/caption]

“The Hammond B-3 organist Brian Charette weighs the ageless objective of soul-jazz with a trace of restless modernity” – Nate Chinen, New York Times.

“Both B-3 stylist and student, serious jazz scholar and glitzy entertainer, Brian Charette is a burning soloist who understands the tradition of the Hammond B-3 as well its future, just as certainly as he understands his place in that lineage” – Ken Micallef, Downbeat Magazine.

These are just two of the many encomiums (“dazzling” and “virtuosic” are others) that have appeared in print recently over the swinging, dexterous stylings of one of the nation’s finest exponents of jazz organ gymnastics, Brian Charette, 46. He will bring his trio (with Jordan Young, drums, and Eric Zolan, guitar) and “sprinkle in some chromaticism” at Paris Bistro Jazz Café, next to the Chestnut Hill Hotel, on Thursday, May 30, starting at 7 p.m.

“The state of jazz in the U.S. today is very fine,” Charette told us in an interview last week. “A lot of musicians complain about the life of a musician, but I think it's amazing.”

When asked about the best gig he ever had, Charette replied, “It was at the Blue Note in New York City with George Coleman. The club was sold out, my family was there, and I was playing with a legend.”

Charette is a Hammond-endorsed, Steeplechase and Positone recording artist who was the winner of the 2014 Downbeat Critics’ Poll “Rising Star: Organ Award” and has climbed to 5th place in The 2018 Critic's Poll main organ category. In 2015, Charette also won Hot House Magazine's Fan's “Decision Jazz Award for Best Organist” in New York. His last Positone recording, “Once and Future,” reached #17 on the Jazz Week chart and was also on the iTunes new music Top 20. Last fall, he released his new organ trio recording, “Kürrent,” and he has a brand new traditional jazz organ trio release on Steeplechase Records featuring the aforementioned master, George Coleman, called “Groovin’ with Big G.”

Charette was born in Meriden, Connecticut, in 1972, and was introduced to music by his mother, Catherine. By the age of 17, he was playing with jazz luminaries. Since graduating on the Dean's List from the University of Connecticut in 1994 with a BA in Music, Charette has been performing extensively in Europe and the U.S., with his home base being New York’s East Village. A “New Yawkeh” for the last 26 years, he is a staple of the downtown Big Apple scene, working with virtually everyone who plays with an organist.

“I didn't start to think of it as a career until I was about 17,” he said. “I was actually a pianist first and came to organ much later, when I was 21 or so.”

Besides being a critically acclaimed composer and bandleader, Charette has performed with many notable artists such as Joni Mitchell, Chaka Khan, Paul Simon, Cyndi Lauper, etc. Charette is also an active author and educator, writing for Keyboard Magazine, The New York City Jazz Record, DownBeat and the Czech magazine, “Muzikus.”

Charette teaches master classes all over the world and is on the faculty of the Czech Summer Jazz Workshop at Jesek Conservatory in Prague. His first book, “101 Hammond B3 Tips,” has become very popular, as well as his videos on the website, mymusicmasterclass.com

Because of all his experience in Europe, Charette was asked to compare American audiences with European audiences?

“I think both are very good,” he replied. “I know it's said that American audiences aren't appreciative, but I find that this is not really true.”

As for what musicians, living or dead, Charette admires the most, he named J.S. Bach, Charlie Parker and Jaco Pastorius.

How has the business of music changed since the beginning of Charette’s career?

“In the beginning there was no internet or social media. The world is much smaller now. The instruments and computers in music have also become very advanced.”

When asked about it, Charette said, “Wow! I'm so flattered. I think I am a very unusual person, and my uniqueness is reflected in my playing.”

What is the best advice Charette ever received?

“Plough diligently and expect no harvest.”

Which talent that Charette does not have would he most like to have?

“I would love to be able to sing really well, so I could sing my own music.”

Outside of music, Charette is passionate about chess and White Crane kung fu, in which he holds a black sash.