Choedup Thar and Lhakyi (“Lucky”) Dolkar , who both were born and raised in Tibet, opened “MoMos of Tibet” on June 19 in the Market at the Fareway (formerly the Chestnut Hill Farmers … 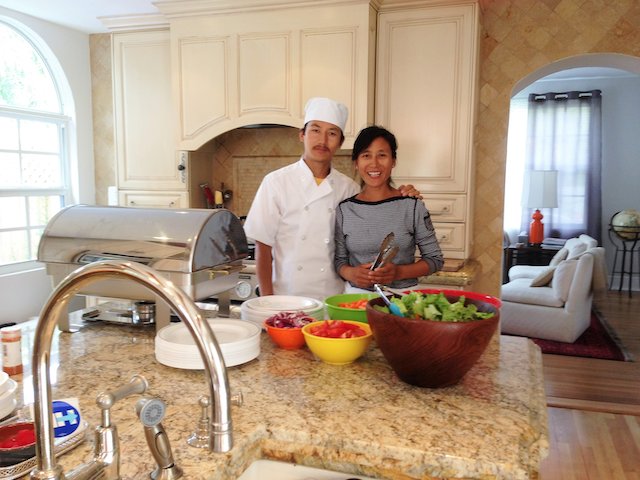 Choedup Thar and Lhakyi (“Lucky”) Dolkar , who both were born and raised in Tibet, opened “MoMos of Tibet” on June 19 in the Market at the Fareway (formerly the Chestnut Hill Farmers Market).[/caption]

Tibet is about 7,500 miles away from Chestnut Hill, but one thing people of all nationalities and ethnic groups have in common is a love of delicious food, and Choedup Thar and Lhakyi (“Lucky”) Dolkar, who both were born and raised in Tibet, are a living testament to that truism.

Glenside residents Thar, 29, and Dolkar, who is “mid-30s,” opened “MoMos of Tibet” on June 19 in the Market at the Fareway (formerly the Chestnut Hill Farmers Market) at 8221 Germantown Ave., behind the Chestnut Hill Hotel. “MoMo” means “dumpling” in Tibetan, which is the couple’s signature product. Their location in the market was previously occupied by “What a Crock.”

While the basic product line comes from family recipes, the food has been made most appealing to the western palate and ridiculously affordable. For example, six dumplings filled with delectables are $9.95, a sandwich filled with meat and vegetables is just $4.50 and an entire entrée of skirt steak, green peppers, onions, tomatoes, celery, mung bean noodles, garlic, spices and rice is just $10.25. And the six types of smoothies, $5.45 for 12 ounces and $6.25 for 16 ounces, are sheer heaven.

Dolkar, who is from the Tibetan capital of Lhasa, came to the U.S. more than 15 years ago to visit an uncle. It took her four years to gain U.S. citizenship. She visited India in 2013 due to the presence of the Dalai Lama, Tibet’s 84-year-old spiritual leader, who has been in exile in neighboring India since 1959. While there, she met Thar, who had left Tibet to study English in India. His sister and her cousin knew each other and introduced them.

They were just friends at first, but love blossomed, and the pair married in 2013 in India. They then decided to come to the U.S. for the kind of freedom and opportunity that is practically non-existent in Tibet. It took Thar two years to get here because of paperwork and bureaucracy. From 2013 to 2015, Dolkar was selling Tibetan jewelry at local farmers’ markets.

Although she was without her husband, Dolkar was not completely alone. In fact, she has had a guardian angel in Suzanna Murphy, whom she refers to as “my mother.” Murphy, a grandmother who formerly lived in Philadelphia but moved to Florida to be near her two married sons and two granddaughters, was involved in helping the Tibetan community form a legal association in 1999 with help from the University of Pennsylvania Law School. She came back to Glenside in April 2018, however, “to help her with our new baby girl, Kalsang,” who is now 14 months old. 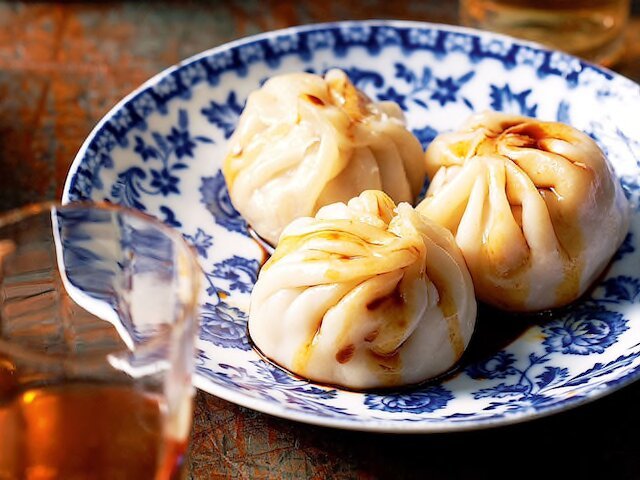 According to Murphy, “I met Lhakyi through a family member in 2002. She was supposed to stay with me for two weeks. She did not speak any English at that point. I was aware of the challenges that immigrants have learning English while trying to find employment, so I invited Lhakyi to stay a little longer to do both.

“I am a Buddhist, and what I may have offered to her at that time was no comparison to what I’ve received from her presence in my life. We have been together since that two-week initial invitation. My sons consider her as their sister. I love her as my own daughter. Her kindness and gentleness along with her skill to show me how to apply the science and philosophy of Buddhism to everyday life has made her one of my greatest teachers … I will stay here while they get on their feet with this enterprise.”

The dumplings available from Thar and Dolkar are traditional Tibetan food at ceremonies and other events. They use all-natural ingredients, with no chemicals or artificial additives.

According to Dolkar, “We are connected to the land, animals and the environment. We want to keep food natural so people can feel the freshness that we ate growing up. My countryside had all fresh food from the farm.”

The couple started the food business in 2016. The food is made in a commercial kitchen in Glenside. They started by selling at local festivals like the annual one in Ambler and farmers’ markets like those in Lansdale and Jenkintown. Now they have a two-year lease at the Fareway Market.

“People would ask us where our store was, so we looked around for a good location for over a year,” Dolkar said. “Our former customers are happy now because they can get our products at any time.”

“Our families are happy because they believe America is a free country, and whatever makes us happy makes them happy,” Thar said. “We keep in touch with Skype.”

While there are numerous Tibetan restaurants in most major American cities, MoMos of Tibet is the first permanent Tibetan food outlet in the Philadelphia area. Thar and Dolkar's vision is to introduce themselves and their cuisine to the community through cooking classes at the Market at the Faraway and through group events in the 2019 fall and winter seasons.

“I think their business will do very well,” said Lindsey Pete, market manager of the Market at the Fareway. “They have been successful at outdoor farmers’ markets and have developed a strong customer following. They also are the first Tibetan restaurant in Philadelphia and have delicious food. They are a nice addition to the market and fill a hole in Chestnut Hill.”

For more information about MoMos of Tibet, call 215-820-0363 or visit MomosofTibet.com. Len Lear can be reached at lenlear@chestnuthilllocal.com