The Chestnut Hill nurse’s work has been included in a major survey of contemporary Philadelphia artists at the Philadelphia Museum of Art and in exhibits at PAFA, Woodmere Art Museum, the James A. … 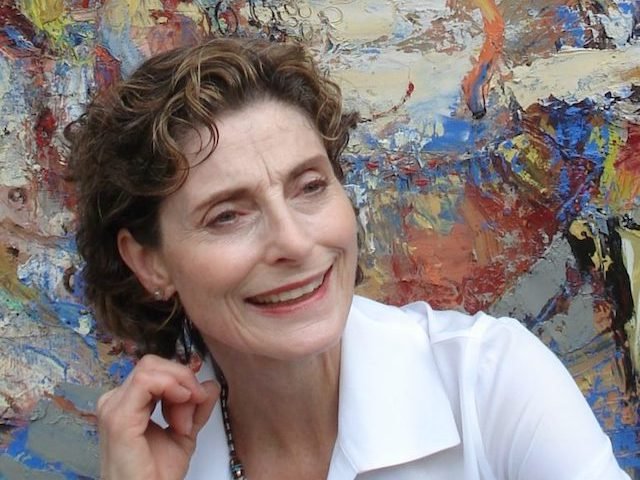 The Chestnut Hill nurse’s work has been included in a major survey of contemporary Philadelphia artists at the Philadelphia Museum of Art and in exhibits at PAFA, Woodmere Art Museum, the James A. Michener Art Museum, The State Museum of Pennsylvania and Moore College of Art & Design.[/caption]

After living in Chestnut Hill for 37 years, Kathleen Shaver, 64, one of the most brilliant abstract artists in the Greater Philadelphia area if not the country, will be moving next June with her husband, Dr. George Amrom, general & vascular surgeon and Vice President for Medical Affairs at Hahnemann Hospital, to the Hudson Valley in New York state.

“We found an amazing property in Stone Ridge, New York,” she told us last week. “We will be living in a stone cottage built in the 1700s. There is a second building, styled like a barn, where I have a painting studio, and George has a wood-working shop. I have already moved my studio up to New York.”

But Kathleen, whose works have been in countless juried shows and other exhibits in the Philadelphia area for many years, is hardly resting on her laurels. Huge paintings, 6 feet by 8.5 feet, by her and those of some other acclaimed artists will be included in “The Physicality of Painting,” which will be on exhibit from Feb. 8 to March 3 at the InLiquid Gallery, 1400 N. American St. in Olde Kensington, studio 108. An opening reception will take place Feb. 8, 6 to 8 p.m.

Shaver took a rather circuitous route to a career as an artist. In 1976 she graduated from the Hospital of the University of Pennsylvania School of Nursing (HUP) and worked as a nurse for 15 years before devoting all of her work hours to painting. She works in oil on canvas, mixed media and collage on paper, charcoal and pastel, etc.

She attended middle school and high school in Cherry Hill, N.J., and began studying at Moore College of Art & Design right after her high school graduation in 1971. Although she had intended to study commercial art, she changed her mind because “I had no real confidence that I could make a secure living as a fine artist (I had no role models that I could relate to), and because I feared falling into debt under mounting student loans, I decided to do something useful for society and become a nurse.

“The program at the Hospital of the University of Pennsylvania (HUP) School of Nursing was very affordable,” she told us in an earlier interview, “and I knew I would be able to find a good paying position quite easily when I graduated in 1976.” 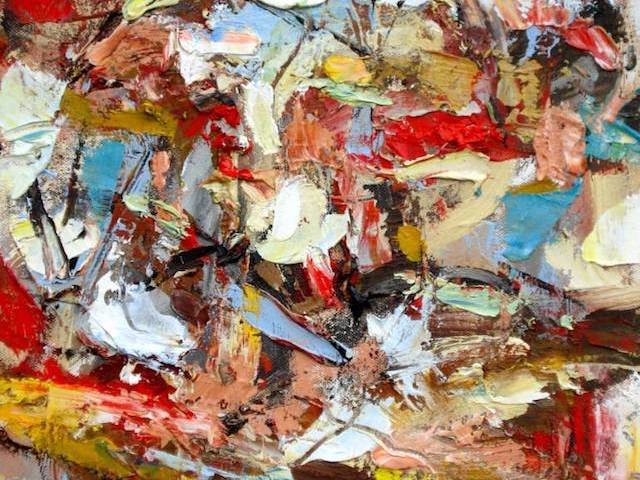 The work of Shaver, who created 27 paintings that are now in a permanent installation at Penn Nursing School, is characterized by a dramatic expressionistic style and bold use of colors. This piece is “Small Painting 14-A,” oil on paper, 16" x 12".[/caption]

Once she began working as a nurse, Kathleen enrolled again at Moore as a part-time student, often working 10-hour shifts at the hospital so that she could have days off for art classes. She worked in her studio late at night and on the weekends, finally graduating from Moore in 1983 and earning a BFA with Honors in Painting.

Kathleen first worked at Children's Hospital on a medical ward and later as a surgical nurse at Hahnemann and Graduate Hospitals. “Working on hospital wards was very difficult; there was never enough staff to give quality patient care, and I was often distressed about this. I found that I preferred working with a team in the OR, concentrating all our attention on one patient.”

You might say that Kathleen was able to combine her two careers as a nurse by getting a commission from the School of Nursing at Penn, even though “I do not enjoy the anxiety and worry that comes with producing a commissioned piece. I like the feeling that I can let the work become an ugly mess because it just might lead to something fabulous and unexpected.”

Nevertheless, the prolific Hill artist created 27 paintings that are now in a permanent installation at Penn Nursing School. All the paintings are Shaver's own work, but many are based on fragments of well known paintings that depict an aspect of nursing, such as Rubens' painting of the goddess Hygeia (1615) and Thomas Eakins' painting of the Agnew Clinic (1889), which depicts a HUP nurse, Mary Clymer, assisting in Dr. Agnew's surgical theater. (Shaver is also looking forward to serving on the Board of the Hospital of the University of Pennsylvania School of Nursing Alumni Association next year.) 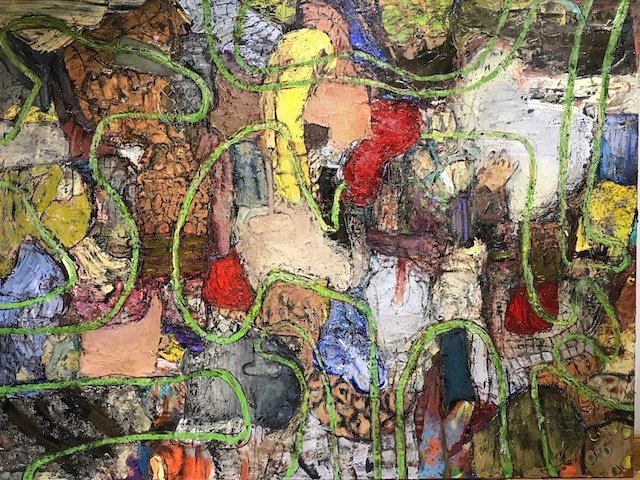 “Recognition is a prize,” she said, “but I don't want it to be my goal. I try to stay focused on my process and to feel gratitude that I am able to work.”

If the Hiller could have any job in the world, what would it be? “Painting is the pursuit I value most. If I needed to work in order to supplement my income as an artist, I would want to do hospice nursing or design sets for theater … Despite many challenges — economic, emotional, parenting and a lot of self-doubt — I am finally able to focus solely on my painting; I never gave up.”

For the past two years, Kathleen has served as President of the Alumni Council at Moore College of Art & Design. “I've enjoyed meeting so many women artists, designers, educators and curators,” she said. “Supporting women's careers and creative skills is more important than ever. Moore is giving many young women amazing opportunities and graduating professionals ready to work. 94% of Moore graduates are employed at graduation, most in their field!”