At the fall sports extravaganza known as Germantown Academy-Penn Charter Day, almost all the events began and ended on Saturday, November 13. On the tennis courts, though, a spate of rain just after noon caused several matches to be suspended. 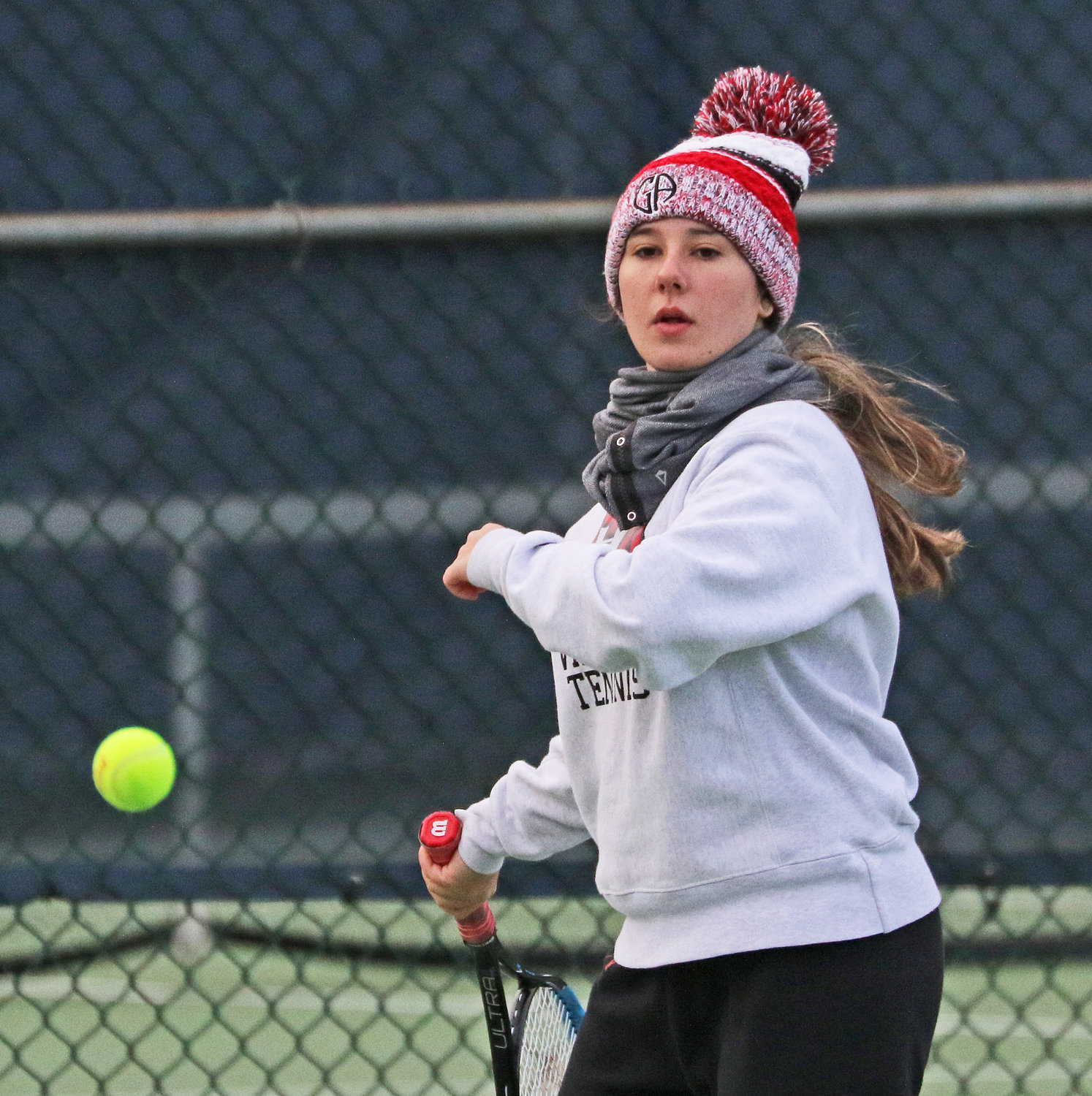 Germantown Academy junior Ellee Segal is bundled up appropriately for the continuation and conclusion of the GA-PC Day tennis match last Monday. She and her partner Grace Petersohn won the pivotal first doubles contest.
Tom Utescher
Posted Monday, November 22, 2021 6:00 am
by Tom Utescher

At the fall sports extravaganza known as Germantown Academy-Penn Charter Day, almost all the events began and ended on Saturday, November 13. On the tennis courts, though, a spate of rain just after noon caused several matches to be suspended.

Play had to be resumed last Monday for the final stages of three matches, and with one victory out of those contests, visiting GA was able to take a 4-3 decision over the host Quakers.

The Patriots were working under a new head coach this fall. Jon Freeman, a member of the Germantown Academy faculty since 2014, took charge of the racquet squad. Freeman was a three-sport athlete at the old Chestnut Hill

When the recent match at Penn Charter was suspended on November 13, GA was in a strong position with wins in three of the four contests that had been completed.

The Quakers' lone victory on Saturday came at first singles, where the hosts' Lexi Bari won 6-3, 6-0 over fellow 11th-grader Josie Munson, who is also a starter in basketball for GA.

On Monday, there was little more for the other players to do than resolve a series of tiebreakers in matches where the teams had split in the first two sets. That was just as well, because Monday proved to be quite a chilly day and some participants' attire made it look more like they were engaging in a toboggan run rather than a tennis match.

In the one ongoing singles bout, two freshmen were engaged in the second flight. Here, PC's Mariah Mays got the better of her guest Jessica Wang, 2-6, 6-2, 10-8. Charter also won at second doubles, where senior Maya Check and freshman Karya Karabucak got past Germantown sophomore Maisy Betancourt and senior Riya Palkar, 6-0, 6-7, 10-8.