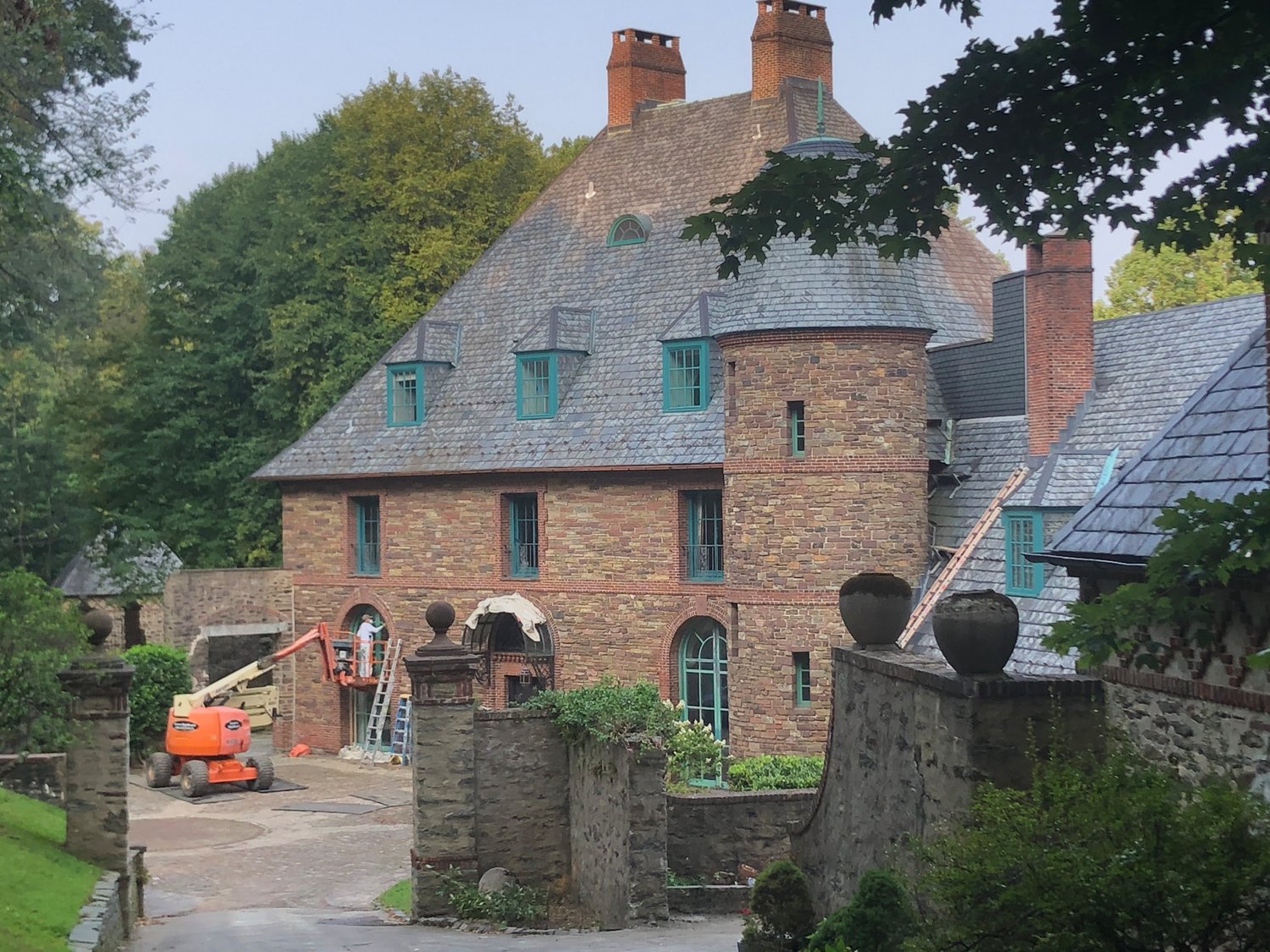 High Hollow during restoration.
Posted Thursday, February 4, 2021 10:45 am
by Shirley Hanson for the Chestnut Hill Conservancy

Melissa Epperly received her Preservation Recognition Award at the Chestnut Hill Conservancy’s annual meeting on January 10. She grew up in a historic neighborhood and has “always appreciated beautiful architecture and its preservation.”

Once introduced to Chestnut Hill, she found a “welcoming community that cares deeply about preserving its rich architectural heritage.” She also liked Chestnut Hill’s advantage of being part of a large city.

For Melissa, the restoration has become a “passion.” George Howe, celebrated early 20th century Philadelphia architect, designed the home for his family in 1914 with construction completed in 1917.  Nearly one hundred years later, Melissa purchased the house in late 2016.

“For me, this restoration is an enormously rewarding experience.” Her detailed research took her to the archives of the Chestnut Hill Conservancy and the Philadelphia Athenaeum.

When asked how she felt she could approach this restoration without the help of an architect, she answered, “I have an architect, George Howe.”

“To restore High Hollow I have worked slowly and carefully from the outside in and bottom up, so to speak!”  She contacted The Conservancy and neighbors who have tackled similar restorations. As she approached problems, she asked herself, “What would George Howe do?”

She has worked with outstanding contractors and artisans in the area. Melissa acknowledges the excellent work of Steve Halstead and Halstead Roofing. “They sourced and restored the original ribbon-slate roof.”

She also thanks Brian Curran and his team from Curran Painting for their attention to detail and collaborative work in analyzing layers of paint, researching and testing to match the 1917 paint colors.

Internally, she began with multiple systems. She oversaw the replacement of “brass and copper pipes and upgraded electrical, heat, cooling, gas, and water works with teams of master plumbers and master electricians.” She added, “The boiler room is a sight to behold!”

“I am an enormous fan of George Howe’s architecture and honored to live in his home. George Howe turned the challenging steep incline of the landscape of “High Hollow” into an asset as the space inside the home descends with the hill and flows into a banked garden framed against the Wissahickon.

Melissa’s methodical approach is preparing George Howe’s home for the next one hundred years. An architect could NOT ask for more! The Conservancy is grateful for the heights of Melissa Epperly’s vision for High Hollow and her contribution to Chestnut Hill and its future.