Charcuterie Boards are an artful part of a holiday gathering

The original French version of charcuterie dates back centuries.

“There are so many options, there is no right or wrong way to do it,” according to John Ingersoll, owner of Evergreen Cheese. “People, when they see a charcuterie board, they eat.“

Charcuterie Boards are an artful part of a holiday gathering 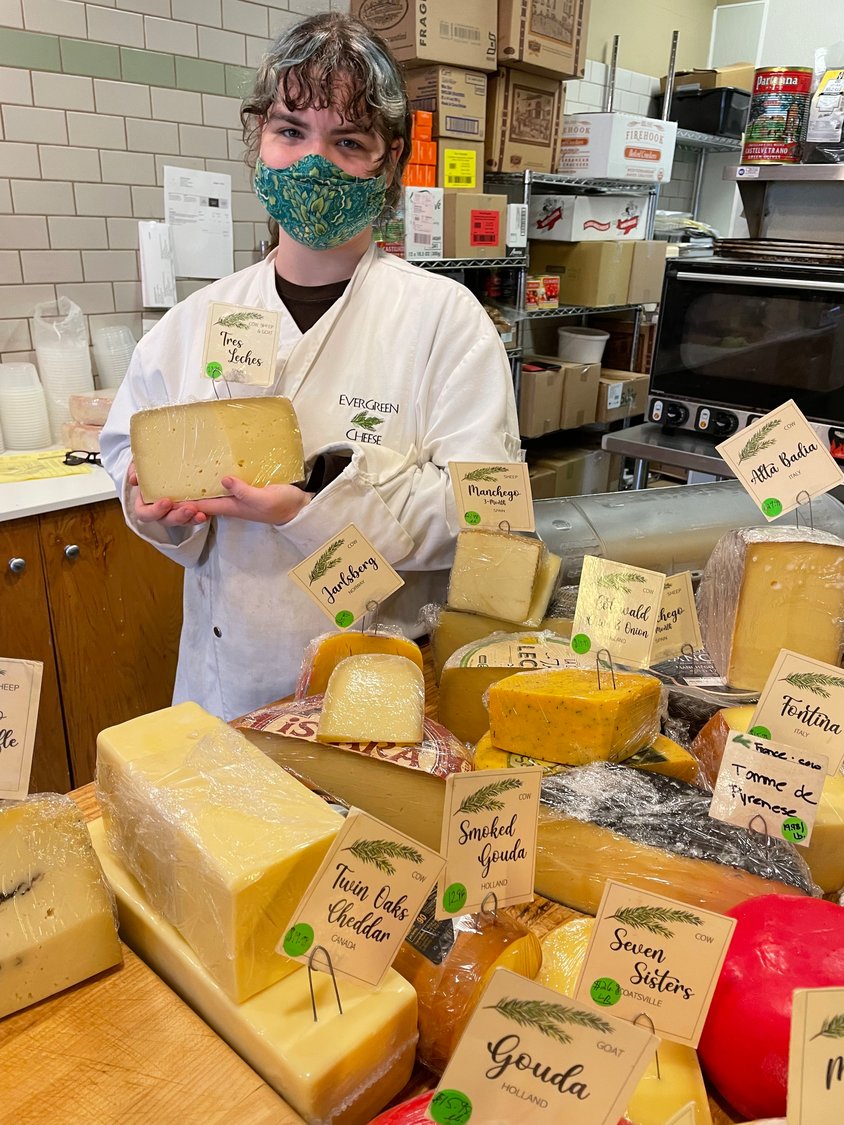 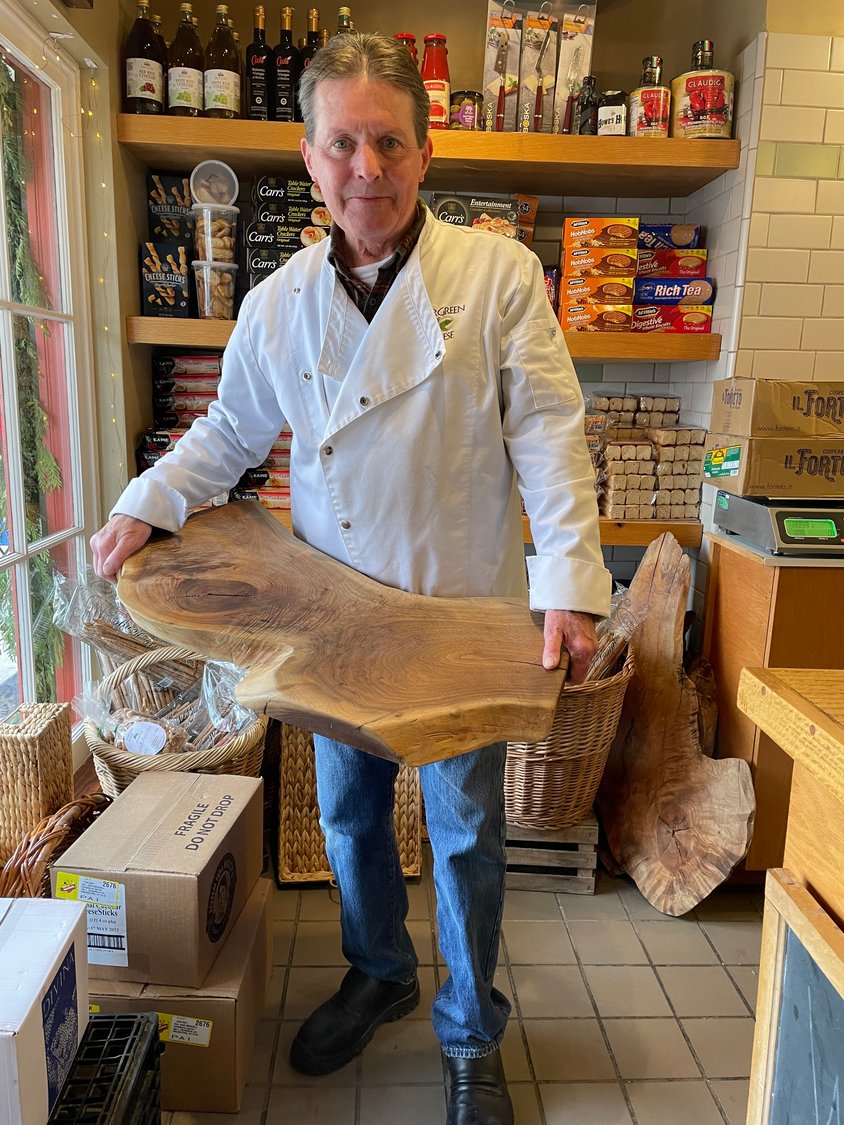 There’s nothing quite like a board of meats, veggies and cheeses when the holidays roll around. In the words of my comedic brother-in-law, it’s just not a party until he has some cured meats.

The charcuterie board is a party staple. There’s a great joke that reads something like: “We have meats and cheeses but no clean dishes.” “Hey, got any pieces of wood?”

I’ve long been fascinated with the art of the charcuterie board, and I’ve experimented extensively with the savory and sweet party starter. The concept is nothing new, but it seems to be having its moment this season as hosts go all out to make parties a little bit extra.

The beauty of the charcuterie board is that it holds guests over while you’re finishing up the hard core holiday cooking, and it looks gorgeous if done right. My family has been making various versions since I was a kid, and they even included marinated baby squid and chickpea salad on the board, a nod to the mélange of charcuterie and antipasto. I was always known as the notorious black olive pilferer, and never understood why they put the board out and then warned us “not to spoil our dinner.” That Catch 22 is like putting the gifts under the tree and then telling kids not to shake them.

I adopted the charcuterie board early on as one of my entertaining staples. One year, I covered a six-foot table with a long wooden board, and included a variety of cheeses, meats and fruits. One of my aunts started photographing the behemoth, incredulous of its size and vowing to replicate one for her next party.

Another year I made a dessert board, complete with sweet pound cakes and fruits, featuring a chocolate fountain in the center.

This year, now that we have the green light to share foods and host get-togethers, boards are getting really creative. Whether it’s for a holiday party or New Year’s Eve shindig, hosts have discovered that the cheeses, tomatoes, strawberries and rosemary combinations lend themselves very nicely to candy cane or holiday tree shapes. And they’ve also discovered you can cover an entire table with aluminum foil and spread out things like nachos or wings with side sauces and accoutrements. Thanks Instagram.

You need not limit your imagination to salami and Swiss cheese. Almost any theme can become a charcuterie board, from tacos fixings to chicken wings with sauces to French fries galore with dippings.

The original French version of charcuterie dates back centuries and is named after the cured porks found in butcher shops. But of course, modernization added cheeses and fruits to round out that overload of cured meats.

“There are so many options, there is no right or wrong way to do it,” according to John Ingersoll, owner of Evergreen Cheese at 184 E. Evergreen Ave. in Chestnut Hill. “People, when they see a charcuterie board, they eat.“

Ingersoll has been in the business for forty-five years and makes some of the most gorgeous charcuterie boards on the Hill.

For starters, make sure you have the right type of board. You need to have a natural wood, like chestnut, walnut or cherry, that has been oiled with a petroleum-free natural oil like olive oil or mineral oil.

For newbies trying their hands at their first boards, Ingersoll suggests choosing a few different types of cheese, some fruits like grapes, strawberries and dried apricots or cranberries, then interspersing some basic charcuterie staples like Soppressata, Prosciutto or Serrano ham, and some Genoa salami. Pick a neutral cracker and perhaps some baguette slices, which go with everything.

Make sure to leave space in between the cubed cheeses and rolled meats for ramekins, which handily hold olives, fig spread and of course, some Marcona almonds, another board favorite.

“Build from highest to lowest, with grapes in the back, mixing the colors,” he said. Using dried apricots, cranberries or dried cherries provides that color pop that’s essential, he said. “And it all goes well with wine.”

Before creating a board, consider what type of party you are hosting. If it’s a cocktail party, you may want to load up the board with meats, cheeses and heartier fare. It’s also recommended that you serve pitted olives at a cocktail party, unless you savor the idea of finding pits all over your house weeks later. If you are serving a holiday dinner heavy on the meats, like a whole ham or turkey, consider a board that holds just cheese, fruits and spreads, rather than loading up on the cured meats.

If you don’t know where to start with your board as the holidays quickly close in, Ingersoll is happy to help hosts choose their board items and customize boards for parties. Just bring your own board into his cozy gourmet shop and he’ll choose everything from the crackers to the cheeses.

“We will guide them,” Ingersoll said. “We are glad to help pick out things for boards.”