Center on the Hill to hold celebration honoring veterans 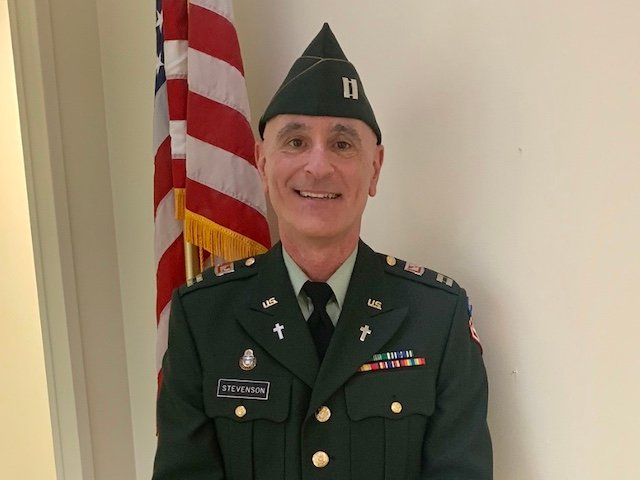 Center on the Hill, 8855 Germantown Ave. in Chestnut Hill, will hold a Veterans Celebration on Wednesday, Nov. 13, from 1:30 p.m. to 2:30 p.m. Mariangela Saavedra, director of the center, said her organization would like to join the community in “recognizing those veterans among us with a special presentation.”

Veterans and others wishing to support veterans are encouraged to attend. RSVPs are needed by Monday, Nov. 11.

“I heard that there was a shortage of chaplains in the Army because so many men and women had enlisted for the war on terror, and they needed chaplains to support those soldiers as well as their families,” he said.

“Loss runs throughout our lives through varying degrees and when working with military personnel and or soldiers loss begins almost at the very beginning,” said Stevenson, who works as a bereavement coordinator and certified grief recovery specialist at Crossroads Hospice and Palliative Care in Plymouth Meeting.

“You go off to basic training, you leave your family, you raise your right hand in service to your country and are required to follow the orders of officers appointed over you, and often times that means picking up and moving to wherever you are needed,” he said. “And then of course, is the greatest loss. I have officiated at many, too many.”

“As you may know, suicide is very prevalent in the military community among our veterans and that is definitely something that came into play,” said Stevenson, who served for four years and left the Army as a captain. “I have a real burden on my heart for our veterans. Often, we only think of our veterans when it comes to remembering those who have been injured or lost their lives. [As a bereavement coordinator], I am often meeting with patients who are veterans, many of them did not go off to war, and they did not get injured, but they did put their lives on the line by signing on to serve our country.

“To me, the very fact that they did that should be recognized, honored and respected. These little services that we do are a tangible way of thanking them.”

He said it is not uncommon for veterans to say they don’t want to be thanked for their service, but “you can just see it in their faces” when they are acknowledged.

At Crossroads, he does veteran recognition ceremonies for patients in hospice care.

“We give them a hat, a pin and a certificate,” he said. “You can see the pride on their faces. When a veteran is told how much they are appreciated for their service and for their willingness to lay down their lives for us, it means the world to them – especially as they are getting towards the end of life. I think we all want to be remembered.”

He added that simple events like this provide an opportunity for the community to thank veterans for their service.

For more information or to RSVP, contact Mariangela Saavedra, director of Center on the Hill, at msaavedra@chestnuthillpres.org or 215-247-4654.