Carole Carmichael, who had a trailblazing journalism career that spanned 40 years, has joined the Chestnut Hill Local’s Board of Directors. 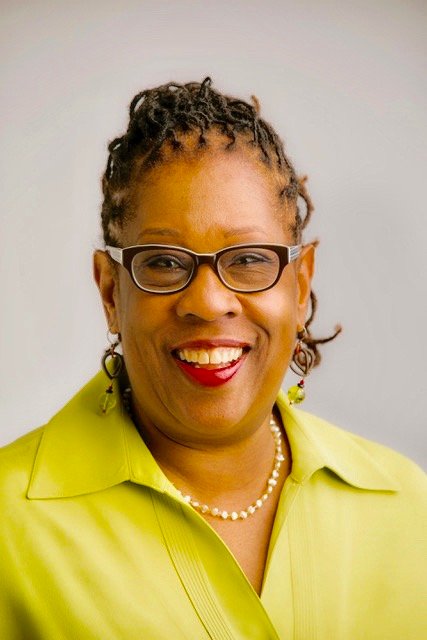 Wyndmoor resident Carole Carmichael is the newest member of the Chestnut Hill Local board. She has been a reporter, columnist and/or editor at several news organizations such as the Chicago Tribune, Seattle Times and Philadelphia Daily News.
BETTINA HANSEN
Posted Wednesday, October 20, 2021 8:00 am
by Len Lear

Fortunately for the Chestnut Hill Local, Carole Carmichael, who had a trailblazing journalism career that spanned 40 years before retiring from her post as assistant manager for news at The Seattle Times, has joined the paper’s Board of Directors.

Carmichael, who now lives in Wyndmoor, will bring her considerable experience and enthusiasm to the job of helping the Local thrive. She’s committed to supporting the paper, she said, because good local journalism is essential for a healthy community.

“We need to see that people are kept informed so they can make the right decisions, and that people in power are held accountable,” Carmichael said. “I'm a news junkie. I even love the smell of the ink, and the adrenaline rush when you are working on a deadline with a big story. The best thing that has happened to me since I came back to Philly is being asked by Bob Warner to join the board of the Local. I just love that!"

Carmichael got her start in the business at United Press International in Omaha, Nebraska, where she was the only Black reporter. She was offered a job with UPI in Dallas, but she turned it down because “that's where John F. Kennedy was killed … I sat in a window with my short-cropped Afro. People would do a double-take because you did not see that in Omaha.”

After 10 months in Omaha, her father died, so she moved back home and worked the graveyard shift with UPI in New York for three years. “I was fine with that because that's when the arrests took place and the crime stories. A sign in the office said, 'Think pictures,' but I was not allowed to take pictures because of the union. I enjoyed the work and made a decent wage, $160 a week.”

Carmichael did not want to work the night shift indefinitely, so she took a job writing business articles for a specialty publication owned by Fairchild Publications, best known for producing Women's Wear Daily. After one year there, she was hired by the Chicago Tribune, where she worked for seven years. She wrote lots of “unique women's first” articles and was named one of the “People to Watch” by Ebony magazine. At the Tribune she published more than 500 articles on workplace issues.

In 1983 she was recruited by the Philadelphia Daily News, where she became business editor and worked until 1991. In 1991 she was hired by the Seattle Times, where she stayed until 2016 and became assistant managing editor for news, overseeing 350 staffers and 60 freelancers. “At first I was not happy in Seattle because it was one of the whitest big cities in America,” she said. “I did not see everyday Black life, but over the years it became a melting pot with Asians, Blacks and Native Americans.”

Carmichael said she did eventually come to enjoy Seattle, and found people with whom she felt comfortable. But she had forged an amazing and diverse community of friends and neighbors in Mt. Airy, where she lived while working in Philadelphia. And now that she’s back, she said, she’s been amazed by how comforting it is to once again see so many Black faces mixing so easily with white ones.

“It is so refreshing to be able to go out and shop on Germantown Avenue, or sit down and eat in a restaurant, and not feel like you’re the only (Black person),” she said. “There’s just an ease in it, how people are with each other.”

Carmichael knew when she was just 8 years old that she wanted to be a writer, and said that her “curiosity about the world” is what led her to pursue a career in journalism.

“I always liked reading books and being in the library,” she said. “When I was in the library, I thought I was in heaven. For me, books were the pathway to the entire world.”

A native of Brooklyn, New York, Carmichael earned a B.A. in English from New York University, an M.A. in marketing and management from Roosevelt University in Chicago, and coveted professional certificates. In 2018, New York University’s College of Arts and Sciences, which houses the Journalism School, honored her with the Alumni of the Year Award.

“I never had a Black teacher in high school,” Carmichael said. “I did have a few Black teachers in middle school, and they did not put up with anything. In college I took journalism with an adjunct professor, Tom Johnson, because he was Black and a New York Times reporter. Seeing yourself in them is important.

“He told me to pursue journalism, but my dad said I should be a teacher because then I would always have a job. My dad even had a chalkboard in the house, and some kids did not want to come in the house because of that. They had enough classes in school already. After college, I was teaching English at a junior high in Brooklyn, but Tom told me to call C. Gerald Frazer, who was Black, and he told me to apply to United Press International (UPI).”

That’s how her journey got started. And 40 years later, The Seattle Times was recognized nationally for numerous awards under her leadership, including eight times by the Missouri School of Journalism for its lifestyle coverage. Carmichael also has served her profession in numerous journalism organizations, including the National Association of Black Journalists and the Pulitzer Prize Nominating Jury. And Carmichael has been an adjunct professor at the University of Washington Department of Communication, and Columbia College in Chicago.

In 2016, Carmichael left The Seattle Times when the Russell Sage Foundation in New York awarded her a Visiting Journalist Fellowship to aid in the research of a scholarship that had been awarded to her and her classmates upon the death of Rev. Dr. Martin Luther King Jr.  She is presently working on a book based on that research.