The Mt. Airy resident is a passionate critic of those who feel that a community college education is somehow second class. by Len Lear “Teaching at Community College of Philadelphia was more than … 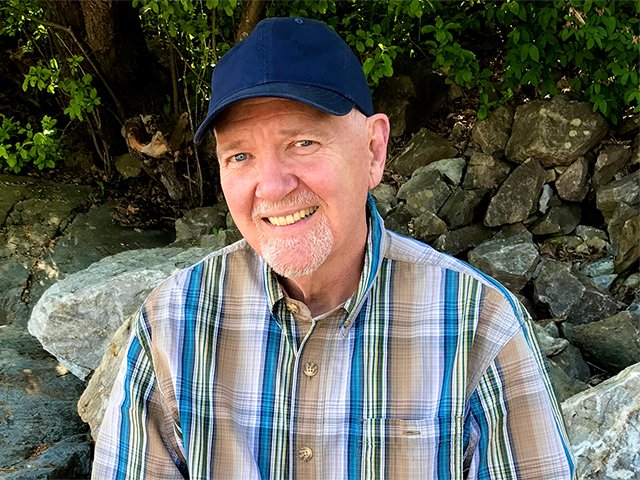 The Mt. Airy resident is a passionate critic of those who feel that a community college education is somehow second class.

“Teaching at Community College of Philadelphia was more than my job. It was my work, my calling ... So many of our students fit the description of ‘nontraditional,’ meaning that they were among the first in their family to attend college — a label that also fit me as a 17-year-old freshman from a single-parent, working-class family, although I’d had the benefits of attending very good schools.

“I’d seen miracles happen again and again. Community colleges occupy the least sexy niche in American higher education, but they serve an enormous segment of the population. In 2014, nearly half of American undergraduates attended community college. Community colleges tend to be ignored, underestimated and mocked. They serve as a launching pad to advanced education and careers for thousands of students. I wanted to tell their story, our story. In these times of such great divisiveness, Americans ought to recognize community colleges as one American institution we all can support.”

In a recent interview, this was the explanation by long-time Mt. Airy author Ned Bachus, 68, as to why he spent five years researching and writing his just-published “Open Admissions” (Wild River Books), which he will launch Sunday, Oct. 22, 2 p.m., at the Mermaid Inn.

Writing about “Open Admissions,” WXPN General Manager Roger LaMay noted that Bachus “discovers that while he thought he taught writing to non-traditional students, what he really was teaching was independence.” Educated (changed) people can plan. That is a mark of being independent and empowered, and one that Bachus writes about in the book’s epilogue, relating that when former students visited him, they talked about all sorts of things, but the subtext of all that talk was the fact that they had become independent and self-directing.

Before working at Community College of Philadelphia, Bachus taught at the Pennsylvania School for the Deaf. As a graduate student at Gallaudet College (now University), he founded the first rugby club for the deaf in the U.S. He was a founding member of the Blackthorn Rugby Football Club, which for years practiced at the Water Tower Recreation Center, and he is a member of Blackthorn’s Hall of Fame.

In 1984, under the name Porter Yuengling, he wrote several articles for the Chestnut Hill Local about the team’s trip to American rugby’s Final Four. At Community College of Philadelphia, he became a member of the Counseling Department in 1974 and transferred into the English Department in 1988, i.e., 14 years as a counselor and then 24 as an Associate Professor of English.

Bachus points out in the book that over 1,100 community colleges serve a huge portion of our nation’s college population, notably many of our most vulnerable people. He writes, “When community college looks in the mirror, it sees America looking back at it.” It represents a last chance for individuals whose earlier efforts at college proved unsuccessful and the only chance for many at the lower end of America’s economic ladder.

There is a perception among many four-year university graduates that the curriculum at community colleges is not very rigorous, and that instructors are not very demanding. Not surprisingly, Bachus strongly disagrees:

“I think the nursing example is telling. Much the same can be said about photography, music and other allied health fields. And the college’s Honors Curriculum’s record (at Community College of Philadelphia) is extraordinary. Their graduates transfer to and achieve at a high level in very good schools. The quality of teachers varies at community colleges, just as it does at every kind of school.

“However, because the emphasis at community colleges is on teaching rather than on research and publishing, community colleges tend to draw academics who prefer the classroom experience and who feel drawn to the challenge and rewards of working with nontraditional students. For such a teacher, to land a job at a community college is to hit the grand slam of college teaching. That was true for me and for many of my colleagues. I think that many of my students would describe me as demanding, but I hope that expecting much from them helped them.”

Much of Bachus’ new book focuses on his unorthodox approach of teaching learning theory to his freshman composition students, a practice that stemmed in part from his own experience as a “bad student.”

Also a singer-songwriter, whose songs have been recorded by other artists and performed on NPR’s A Prairie Home Companion, Bachus’ band, Sacred CowBoys, plays several times a year at the Mermaid Inn. (Next dates: Friday and Saturday of Thanksgiving Weekend, Nov. 24-25.) “City of Brotherly Love,” Bachus’ collection of short stories, was awarded an IPPY Gold Medal for Literary Fiction in 2013.