Young, old and everything in between

When Atiya Smith first announced her plan to open a women’s fashion boutique in Chestnut Hill, her mother, Claudia Averett, would not hear of it.  But Smith did what many daughters do, and pushed forward anyway.

Young, old and everything in between 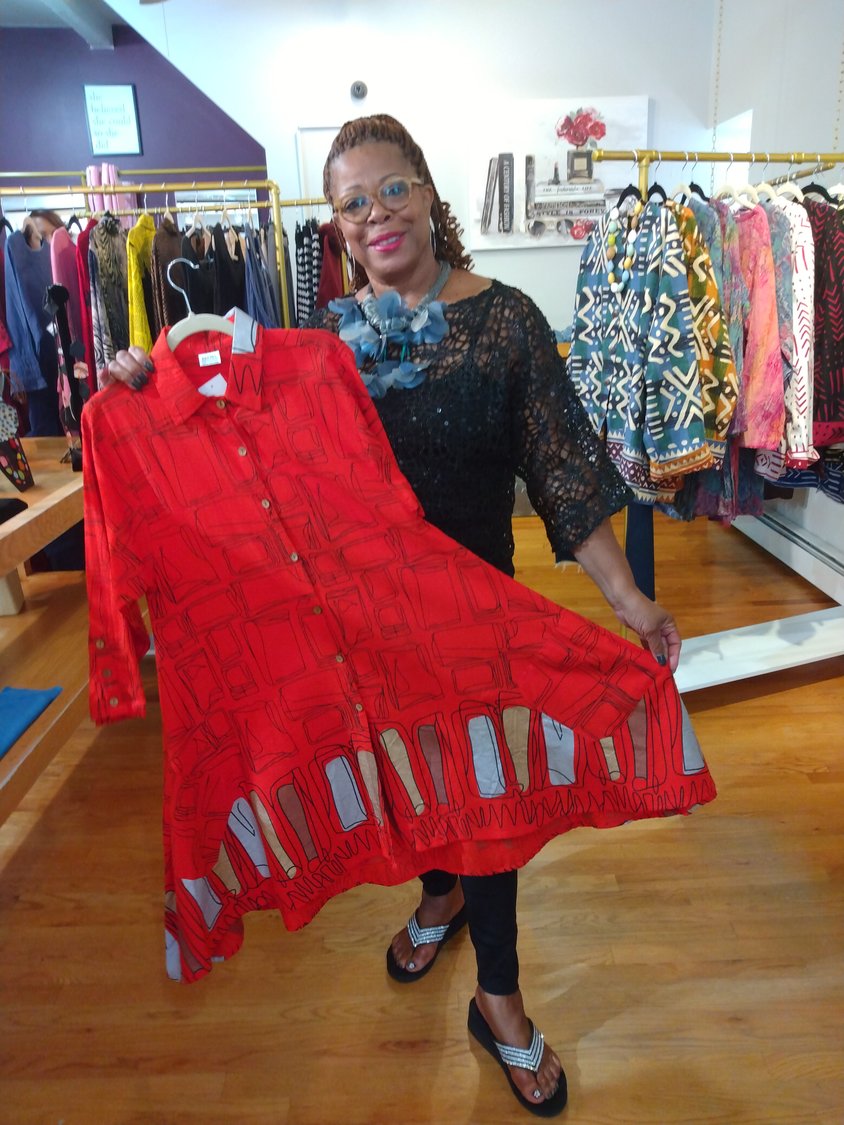 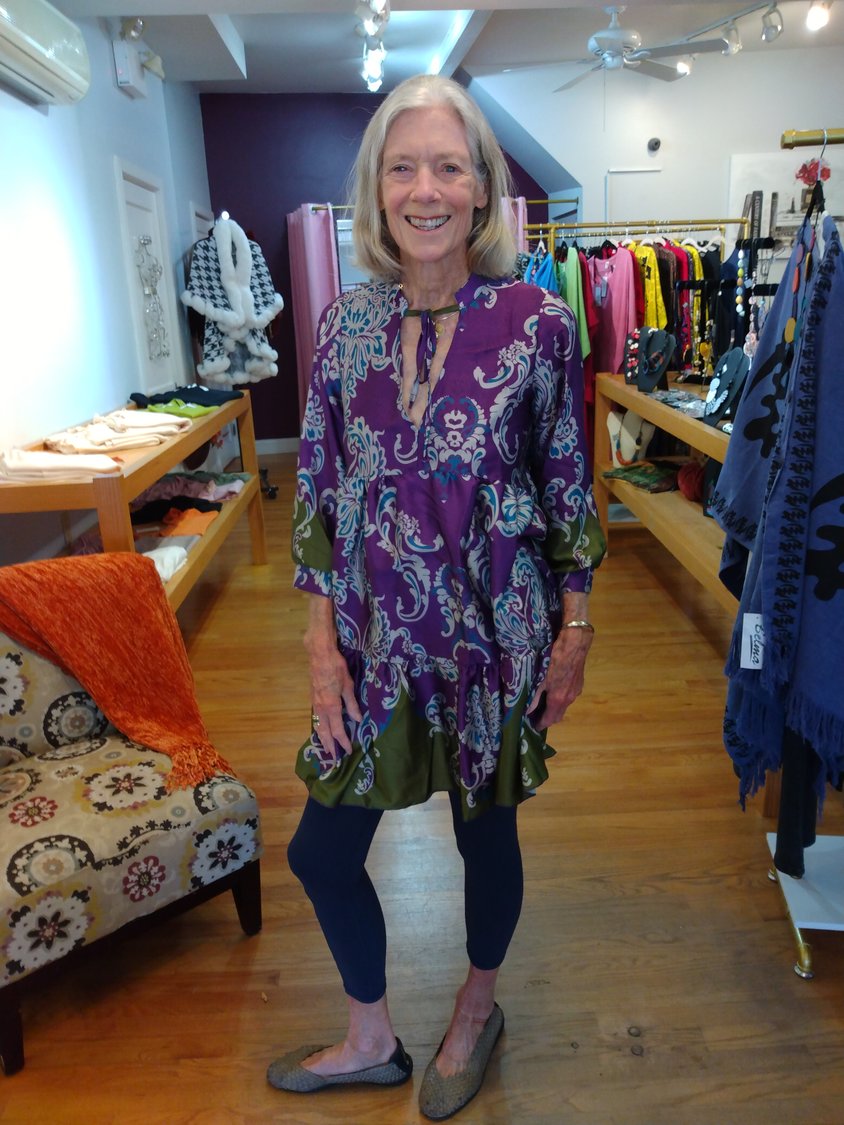 When Atiya Smith first announced her plan to open a women’s fashion boutique in Chestnut Hill, her mother, Claudia Averett, would not hear of it.

“I fought her tooth and nail,” said Averett.

But Smith did what many daughters do, and pushed forward anyway. Without conferring with her mother, she asked a realtor friend to scout a location for a shop in Chestnut Hill. When the realtor found an ideal location, a storefront directly across the street from CinCin, she crunched the numbers and her mother capitulated. So did her father.

Now mother and daughter, both of whom live in West Oak Lane, are proud owners of Between Friends, a boutique that specializes in affordably priced silk and knit fashions that cross generational lines – and quite literally stop traffic.

“We get a lot of drive-by customers who see our window and pull over, plus many walkers who pop in to see what’s going on,” said Averette, who said she is thrilled with the response the shop has received from the community.

Opening a new women’s clothing shop requires more than a love of fashion. It also demands an ability to identify what is missing in the marketplace and target that specific audience – something Averette and her daughter appear to have done. Walking into the shop, with its warm and inclusive ambiance, is like stumbling into an impromptu celebration – and don’t be surprised if you’re greeted with a glass of Champagne at 11 a.m.

“We want to dress women across the generation gap, not just women my daughter’s age and mine, but younger women too, as well as a wide range of body types,” said Averette. “We also bring in new stock every week to keep our inventory new and exciting.”

In this store, you’ll find silk tunics in vibrant prints to be worn over leggings, as well as palazzo pants, jumpsuits and reversible print jackets. It's a place where, on a recent afternoon, Chestnut Hill resident Kitsie Converse slipped a silk dress over her leggings and announced, “I am wearing this to Thanksgiving.” Then she tried on an espresso colored knit sheath with a keyhole back and a fun necklace. While she deemed the dress impractical for her current role as Grandmother-in-Chief, Converse snapped up the necklace. Meanwhile, artist Yolanda Ward of Willow Grove couldn’t resist a reversible ethnic print jacket and a pair of wide-leg, black and white knit pants. “I deserve these,” she beamed.

While most shops do not feature Resort clothing for another month or two, Between Friends already stocks styles that would fit right in on a Caribbean cruise, lounging by the pool in Cabo or attending an Art Museum event in Philly. Coming out of the pandemic, it is refreshing to see fashions that scream, “Let’s party!”

So, what changed Averette’s mind?

“For two years, my daughter and I had a popup shop in a venue called The Gathering Place at 6800 Germantown Ave.,” said Averette. “People loved our popups and we did very well, but it got to the point where we didn’t have room in our homes for our constantly changing inventory.

“Also, it is physically exhausting to move racks of clothing on a regular basis, and the cost of the popup space was high as compared to renting a retail store,” she said.

Despite their new store, both Averette and Smith are keeping their day jobs. Averette, who spent most of her career working in the administration of the Philadelphia School District, is now retired but still runs an education consulting business. Smith is Vice Principal of Philadelphia Virtual Academy, which provides blended learning in the classroom and online for sixth through twelfth grades.

Fashion is a family affair

Smith, inspired by her parents, caught the fashion bug early. “When I was a teenager working at McDonald’s, I saved money to buy clothes by my favorite designer Donna Karan,” she said.

“During the pandemic, I made a point to be well dressed and wear makeup even if I was just going to the market,” said Averette, adding that her husband also loves fashion, and “would spend every waking moment in our store if he could.”

Averette, who has always had at least one foot in the fashion business, said that despite her initial misgivings, the new store has turned out to be more than she had hoped.

“I had an in-home business selling shoes and, later, I sold clothes out of my home that came from a New York City showroom of a friend,” said Averette. “I never thought I’d be eating in CinCin and looking out the window at a place I own.”

Between Friends is open Wednesday through Sunday. For more information, call 267-228-9769.