Yet more Hill residents may be victims of mail theft

A Chestnut Hill couple who say they had $40,000 mysteriously disappear from their Wells Fargo savings account allegedly were victims of bank fraud.

Yet more Hill residents may be victims of mail theft 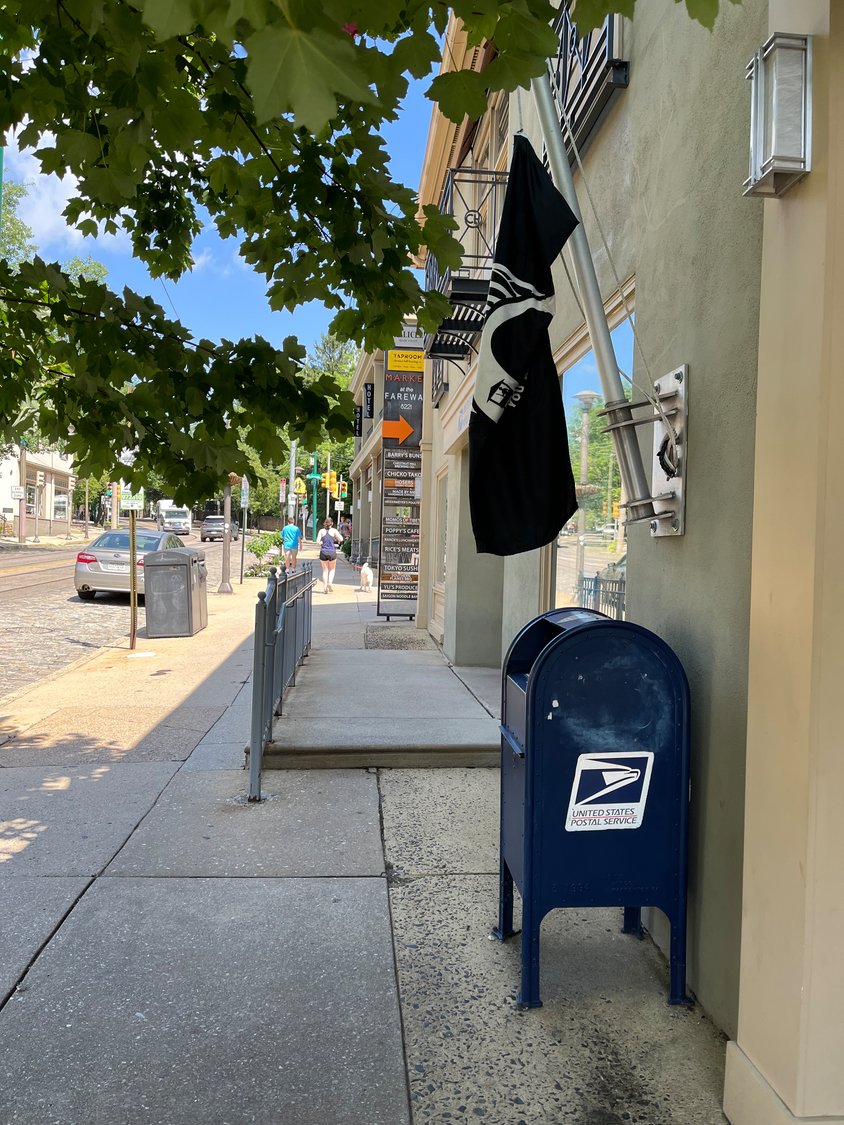 A number of Chestnut Hill residents have had issues with checks being stolen and washed after mailing them in outdoor mailboxes around the neighborhood, including this one outside the Chestnut Hill Post Office on Germantown Avenue. Some residents claim they’ve had checks washed and stolen even when they were mailed inside the post office.
Photo by Carla Robinson
Posted Wednesday, June 22, 2022 12:00 am
by Tom Beck

A Chestnut Hill couple who say they had $40,000 mysteriously disappear from their Wells Fargo savings account allegedly were victims of bank fraud after a check they mailed in May went missing.

The $40,000 worth of withdrawals happened eight days after the couple, whose names the Local is withholding at their request, liquidated their brokerage account, which was also with Wells Fargo.

Their experience comes on the heels of a separate incident in which another Hill resident allegedly had a check stolen from the mail and washed.

“[My wife] put it in the savings and eight days later somebody sucked it all out,” the husband said. “I noticed it and immediately called Wells Fargo.”

The couple say they’re not fully sure the missing check is related to the money in their account disappearing.

But according to what they learned from Wells Fargo’s investigations team, somebody posing as the wife went into a Wells Fargo Bank in Apopka, Fla., on May 28 and used two withdrawal slips - one for $15,030 and another for $5,000 - to successfully withdraw money from the account.

Three days later, on May 31, two more withdrawals were made using withdrawal slips from a different Wells Fargo Branch in Davenport, Fla. This time the amounts were $15,000 and $5,030. Apopka and Davenport are about an hour drive away from each other on the outskirts of Orlando.

When asked for comment, Wells Fargo spokesperson Elise Corbett said that the bank “can't comment on a specific customer situation or fraud incident, due to customer privacy and confidentiality.”

The couple confirmed that they have gotten their money back from Wells Fargo, but have still been in regular discussions with the bank’s investigations team and law enforcement agencies to figure out exactly what happened.

The husband, who previously worked in the financial services industry, said he feels confident he will eventually get the money back, but that doesn’t mean the experience hasn’t been stressful.

When the Local asked Corbett what type of identification is necessary for making a withdrawal, she repeatedly declined to give specific information.

“Wells Fargo authenticates all parties conducting transactions in our branches,” she wrote in an email. “We use a variety of methods to do this, all of which follow the guidelines set forth by the Know Your Customer requirements for financial institutions.”

The wife told the Local that after spending 2.5 hours talking to a supervisor at the Wells Fargo branch in Market Square on Crittenden Street, she learned that Wells Fargo doesn’t have any of her forms of identification on file. So how could the perpetrator who made the withdrawal confirm their identity?

Another question that has not been answered is how did the perpetrator learn the couple’s savings account number after stealing a check.

“There’s no way they would have a savings account number if they stole a check,” the wife said.

She also learned from the Chestnut Hill Wells Fargo representative that only bankers - not tellers - would have access to her brokerage account. That fact, combined with the lack of the couple’s identifications on file and tellers’ inability to make withdrawals of more than $10,000, makes the couple fear that Wells Fargo employees may have been in on the job.

“It leads me to think it’s possible that the Wells Fargo employees filled out the [withdrawal] slip,” the wife said.

The wife said she’d spent “hours and hours” on the phone trying to resolve the issue.

“It’s extremely stressful and extremely upsetting,” she said. “I’m angry too. I feel like they have done us a disservice and they haven’t done their job. The job of a bank is to secure our money.”

The couple also filed a police report in the 14th District, and said they were told to expect to hear from police detectives. The Philadelphia Police Department confirmed that the Northwest Detectives Division is conducting an “active and ongoing” investigation into the couple’s case.

The husband said he discussed the incident with a representative at the Wells Fargo branch on Crittenden Street, who told him that three people had recently come to her branch to try to make fraudulent withdrawals, but that she turned them away.

“I get the sense that it comes down to how good the antenna of the bank employee is when somebody tries to pull something like this off,” the husband said. “Whoever was on guard at this Florida branch was not doing their job.”