by Lou Mancinelli Dad’s living in the bathroom. Does Sarah really have to be falling for the shrink’s niece? Will the shrink make house calls? Such is the synopsis of Wyndmoor resident, editor …

Dad’s living in the bathroom. Does Sarah really have to be falling for the shrink’s niece? Will the shrink make house calls?

Such is the synopsis of Wyndmoor resident, editor and writer Helen Mallon’s new short story, “Casual Day at the Crazyhouse,” now available in E-format at bookstogo.com. 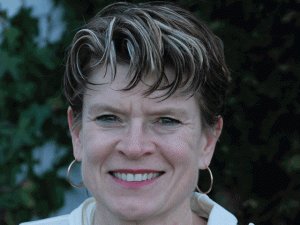 Helen Mallon of Wyndmoor is an award-winning essayist and short story writer who is also able to bring out the best in other writers.

Mallon’s essay, “My Charlie Mason,” won a “Philadelphia Stories” First Person Essay contest in 2007, and her short story, “Astral Projection,” was included in “Best of Philadelphia Stories Anthology” that same year. Her short story, “Biology,” was nominated for a prestigious Pushcart Prize. Her poetry chapbook, “Bone China,” was published by Finishing Line Press in 2002, and the working title for her novel in progress is “Quaker Playboy Leaves Legacy of Confusion.”

In addition to her fiction, Mallon has served as editor of both published fiction and non-fiction works, and offers her services for individual consultations. She formed the Mt. Airy Writers’ Group in 2011 and has taught a writers’ workshop at the Cheltenham Adult School for the past five years.

According to Mallon, “As a working writer, I know the frustrations, hopes and joys that are bound up in the writing process. Engagement in a community of writer friends has kept me going, and a big part of my job as an editor is encouraging writers to believe in themselves.”

“I have used the editorial services of Helen a half dozen times,” said writer Helene Oakes. “Each critique was lengthy, absolutely thorough and offered numerous suggestions on how to achieve greater clarity and impact while respecting and honoring my vision of the piece … Helen is the consummate professional, prompt and consistent, and a joy to work with.”

Another writer who has used Helen’s services, Adrienne Redd, PhD, author of “Fallen Walls and Fallen Towers,” had a similar experience: “Helen not only paid close attention to the details in editing my doctoral dissertation and subsequent book, she also looked at the big picture. She made suggestions about improving overall organization more than once, and this improved the overall outcome … “

Raised in an affluent Quaker family in Germantown, Helen graduated from Germantown Friends School in 1974 and soon afterwards married (at age 18) a 42-year-old GFS teacher she had met when she was 13. The marriage lasted eight years, a period of her life recalled in “My Charlie Mason.”

She remarried, and is still married to architect Stephen Mallon in 1987. A year later she had a son and started to write poetry. She also worked as a secretary for the Episcopal Diocese of Philadelphia. “Being out of the abusive situation freed me to figure out what I wanted to do with my life,” Mallon explained.

Though in 1980 she earned a BFA in painting from the Tyler School of Art, her emotions remained somewhat bottled up during her first marriage. She later began to write stories, as if the difficult years provided a foundation  for a creative body of work. In the early ‘90s her first published stories were feature stories, similar to this one, and zoning and development stories written for the Chestnut Hill Local.

Mallon had a daughter in 1996 and six years later enrolled in a low-residency MFA writing program in fiction at the Vermont College of Fine Art. After hearing Philadelphia Inquirer editor John Timpane speak at an event, she approached him and ultimately developed a working relationship. Her book reviews have since appeared in the Inquirer, including one this past Sunday.

“I move into whatever territory is necessary,” she said about her upcoming workshop and the nature of her work with writers.

Helen’s goal is to help writers discern and express their own goals, something she says is often unclear among clients she has met through word of mouth. What she helps a writer accomplish depends on what the writer needs. Some need help writing a proposal, for example, but often she is called on to help writers move past their own mental blocks. “People may have a lot of talent, but they need encouragement,” she pointed out.

Much of Mallon’s own work deals with difficult choices: Can one be truthful when writing about an event without revealing too much detail? How much emotion do your characters express? For example, there may be a family that seems strict and reserved, but where and how does the love among them manifest itself?

Mallon feels at home examining these complex emotional situations, or those where the sentiment may exist beyond what appears on the surface. “I love the creation of a world,” she explained. “Being able to explore human difficulties in a fictional world.”

Besides writing and coaching writers, Helen’s passions include “keeping up with my two kids, exercise, learning more about the dynamics of race in our culture and mindfulness meditation.”

For more information, visit www.helenmallon.com. To register for “Conjuring with Words,” call The Word Studio at 215-887-2295.