Woodmere Exhibit: Migration as an act of movement

The Woodmere Art Museum’s 80th Annual Juried Exhibition, which starts on Saturday, examines migration as an act of movement - between places, identities and memories.

Woodmere Exhibit: Migration as an act of movement

“Everlasting Playground 1,” by Hee Sook Kim
Courtesy of the artist 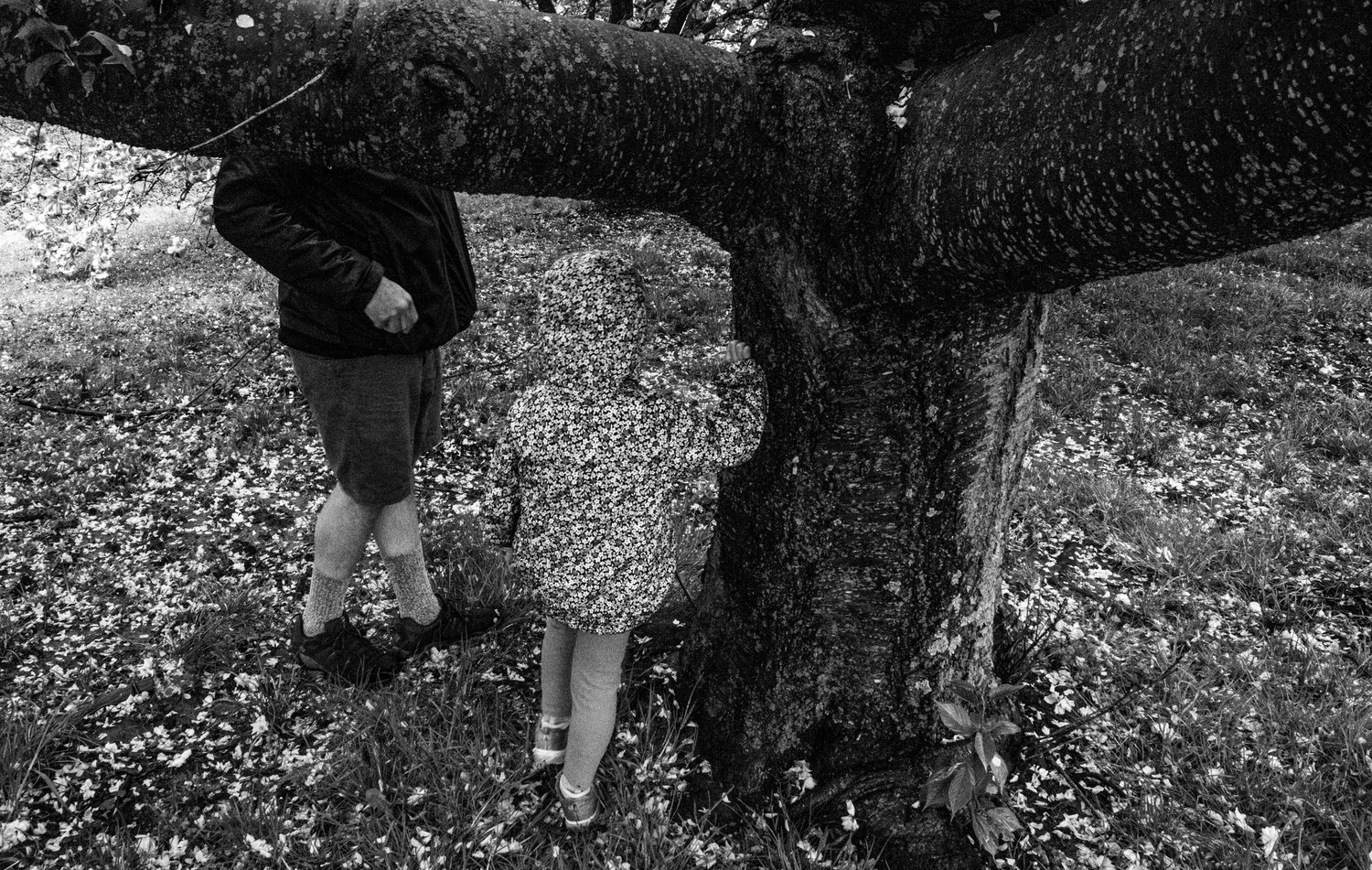 “Untitled,” by Idalia Vasquez-Achury
Courtesy of the artist 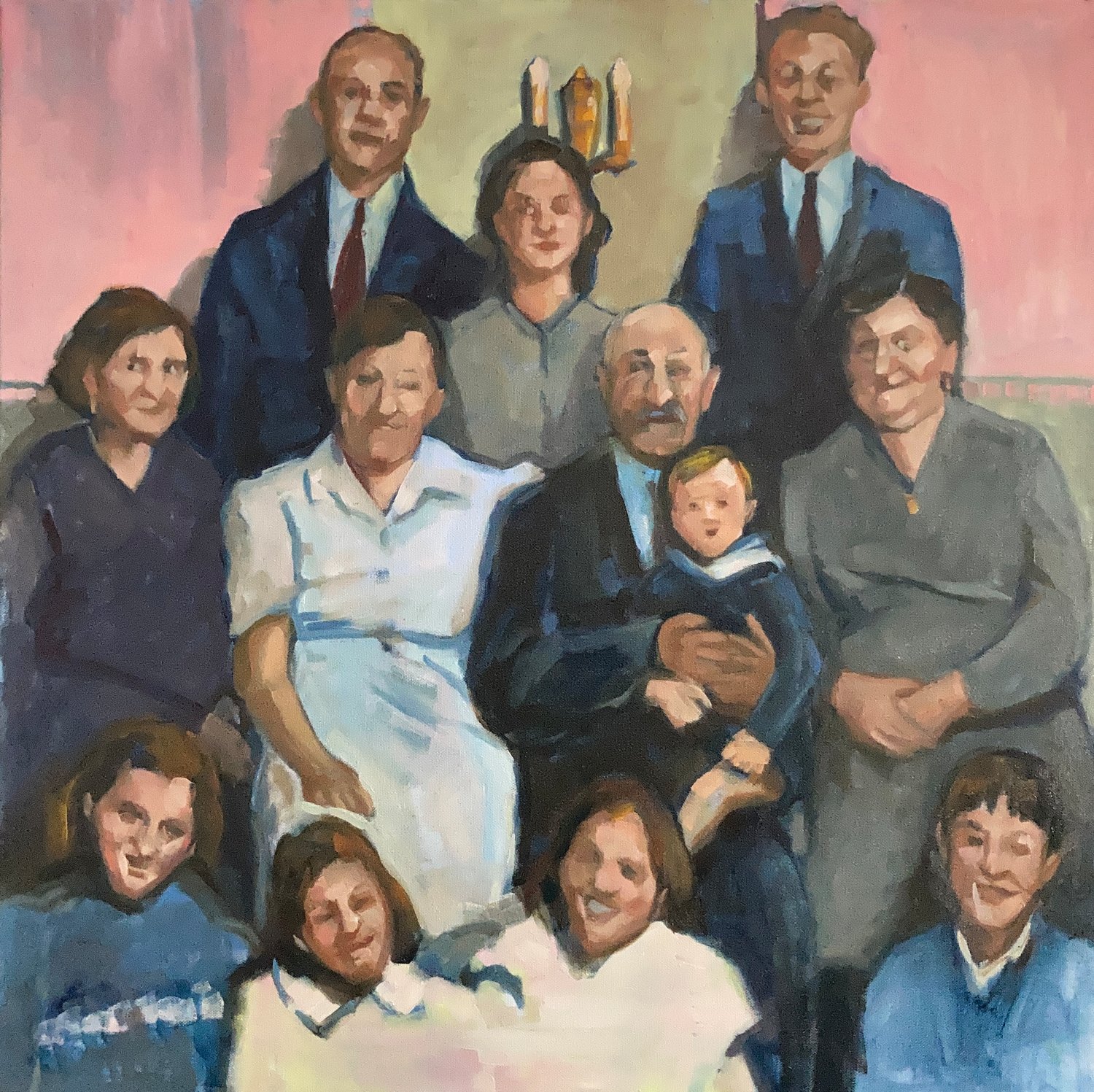 “Those Who Love You Make You Cry,” by Maryanne Buschini
Courtesy of the artist 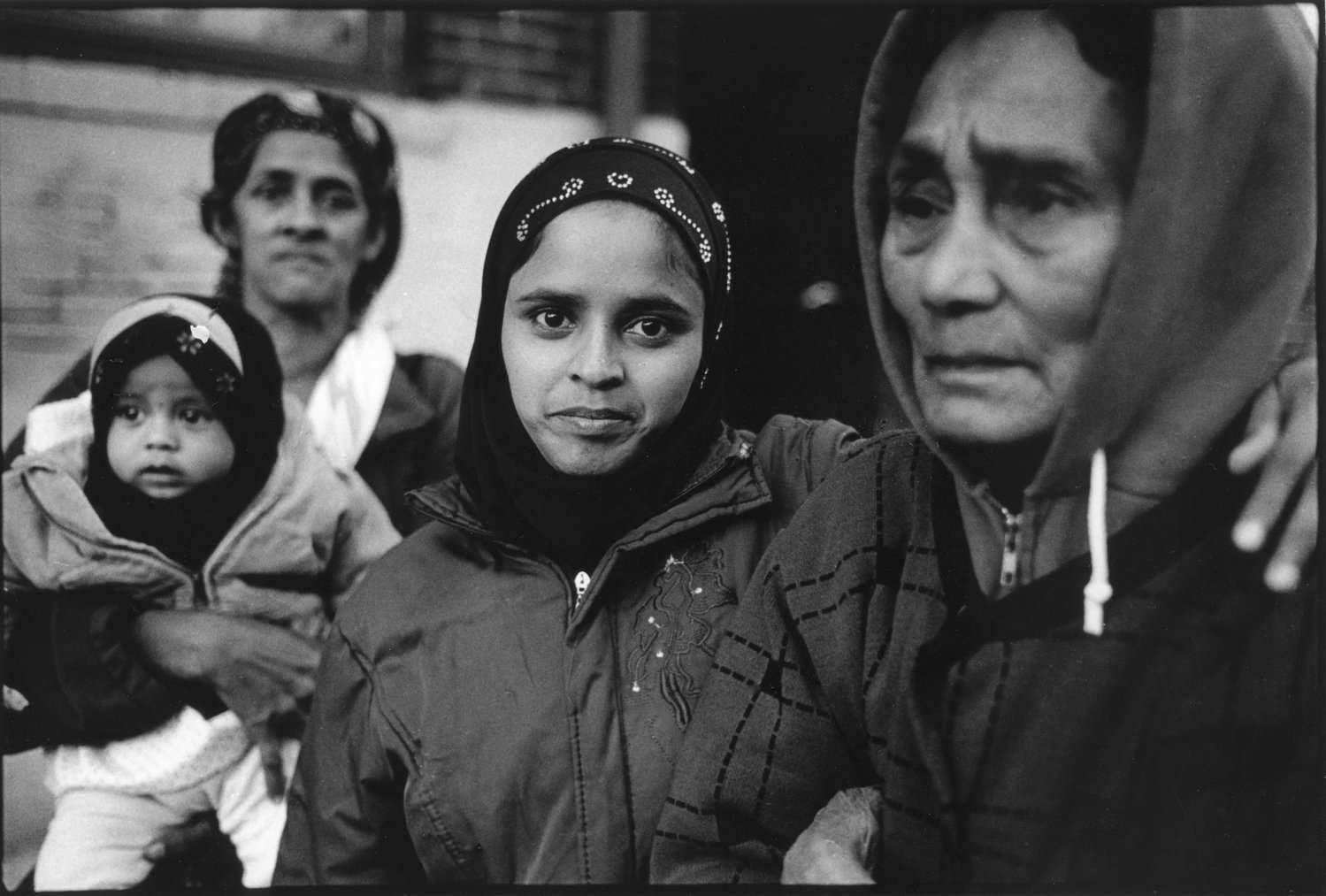 “Refugees Arriving from Burma,” by Harvey Finkle
Courtesy of the artist 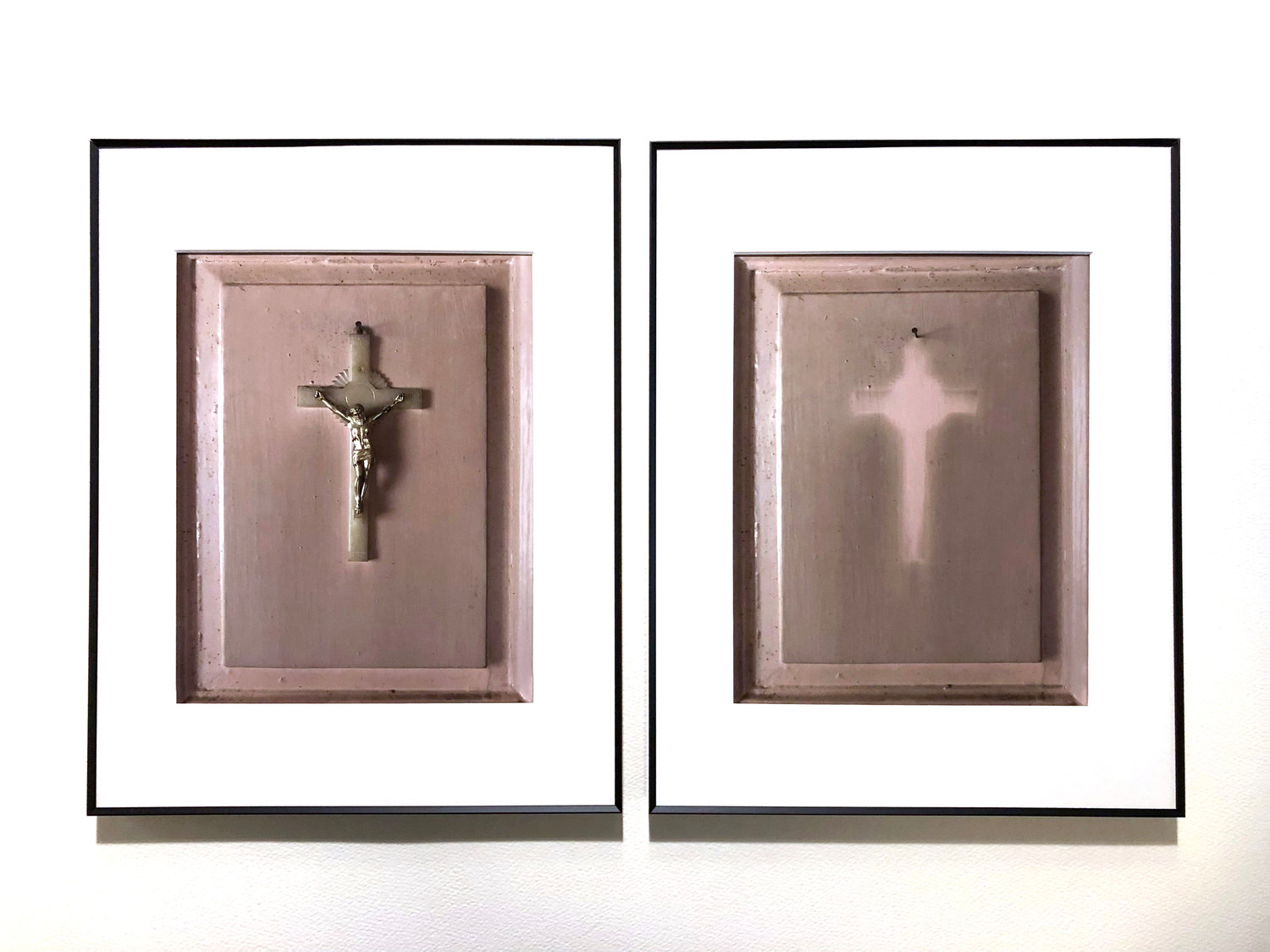 “Beliefs,” from the series Sweet Longings, by Michael D. McGeehan
Courtesy of the artist 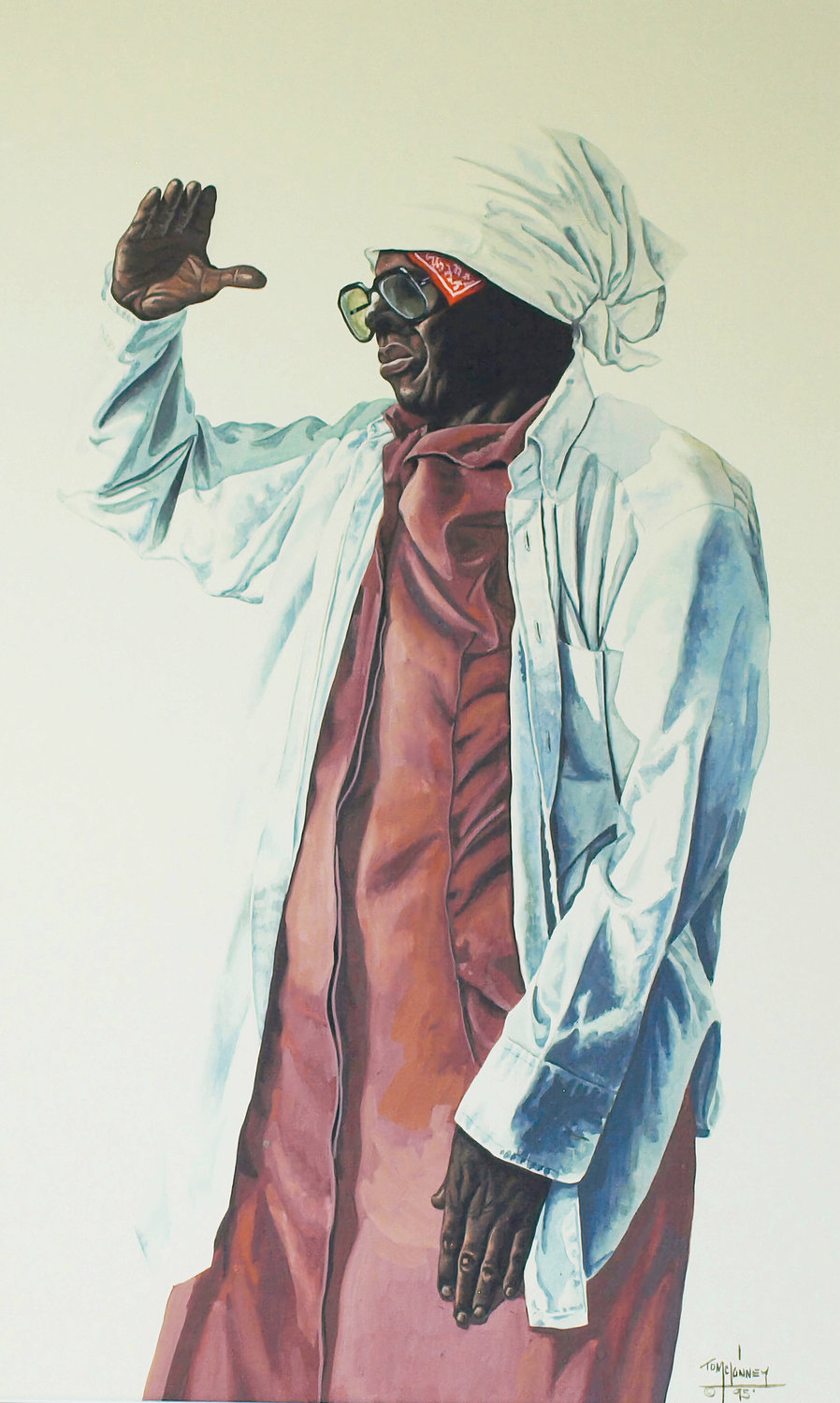 “High Noon,” by Thomas McKinney
Courtesy of the artist
Previous Next
Posted Wednesday, June 1, 2022 12:00 am
by Kristin Holmes

In depictions of a chaotic exodus, joyfully united families and religious objects taken from home to a new place, an upcoming exhibit at the Woodmere Art Museum showcases work about migration that considers more than just the journey.

The Chestnut Hill museum’s 80th Annual Juried Exhibition, which starts on Saturday, examines migration as an act of movement - between places, identities and memories.

“We felt it was important to think about migration, not just in the sense of borders, and how we physically move from place to place, but also in our own minds, our decisions – how we move through different spaces and how it affects our identity, traditions and culture,” said South Philadelphia artist Michelle Angela Ortiz, who juried the show with fellow artist José Ortiz-Pagán.

The exhibit, which is scheduled to run through Aug. 28, features more than 40 pieces by 35 Philadelphia area artists who created work about migration in mediums including videos, paintings, photography and collage. Artists take on immigration to the U.S and the Great Migration of African American families from the South. Themes of  loss, violence, connection and joy are depicted in work that reflects the news cycle as Ukrainians, Afghans, Haitians, Latin Americans and others immigrate to the U.S.

The exhibit’s Saturday opening includes a reception that is free and open to the public from noon to 3 p.m. Ortiz and Ortiz-Pagan will discuss the exhibit on Zoom in a free virtual gallery talk on June 14 at 7 p.m.

The Woodmere’s goal is to “introduce visitors to new artists whose works they have not seen and we hope to convey the range of issues that contemporary artists are addressing in their work,” said Rachel Hruszkewycz, an associate curator at the museum. “This year we hope visitors leave with more knowledge of the hardships and triumphs of immigrant communities because the show addresses the spectrum of experience.”

In a press release about the exhibit, Ortiz-Pagan cites the “mistreatment of migrant communities” under “previous and current administrations” and the “disparities that their policies have supported in terms of viability for a better quality of life.” But the show is not intended to be a political exercise, Ortiz said, because that description marginalizes the art and the experiences depicted in it.

“Just saying this show is political diminishes the work that Jose and I are trying to put together,” Ortiz said. “We want people to see these works and understand the multiplicity of stories when we are thinking about this particular theme.”

The exhibit carries on a tradition begun in the early 1940s when the Woodmere Museum began inviting area artists to serve as jurists and select artwork around a theme that they choose. Exhibits have been organized around subjects including connections to the land and body, narrative storytelling and concepts of representation.

Hruszkewycz invited Ortiz to jury the exhibit after hearing an interview and seeing her work throughout the city. Ortiz invited Ortiz-Pagán to join her as a jurist because of his background in creating work connected to migration.

Ortiz is a visual artist, muralist, community arts educator, and filmmaker who uses her art to represent people and communities whose histories are often lost or co-opted. She has designed and created more than fifty large-scale public works locally, nationally and internationally. Her local work includes “Aquí y Allá,” a mural in South Philadelphia, and another honoring activist Gloria Casarez that was controversially painted over in 2020.

Ortiz-Pagán is a multidisciplinary artist and cultural organizer. In his work, he uses rituals, games, gatherings, and objects as tools for discussion. His work has been featured in exhibits including the Trienal Poli/gráfica in San Juan, Puerto Rico; the International Biennial Print Exhibit in Taiwan.

This year, 345 artists submitted work to be considered. Ortiz and Ortiz-Pagan made their selections, deciding on the 40 works included in the exhibit.

Among them are Idalia Vasquez-Achury’s photograph of a little girl wearing a jacket with a printed design that dissolves into a garden background, making a statement about being seen and unseen. Cristhian Varela “Llora Lata Llora” shows an empty can of tamales that has been transformed into a musical instrument in a commentary about reinvention. Shira Walinsky’s “Open City” video uses the voices of immigrants to talk about relocating to Philadelphia.

Perhaps the exhibit’s largest piece is Hee Sook Kim’s “Everlasting Playground 1.” In it, the artist uses a palette of pale blues, pinks and turquoises to depict the joy that is sometimes overlooked in the immigration experience.

“When we talk about migration, it’s not just about the struggles. Even the act of making the decision to leave – as painful as it may be – is really centered on love,” Ortiz said. “It’s the right to dream, the agency to dream - and to chase them.”