Since 1987, James McDowell has been president of the Academy of Vocal Arts, the only full-scholarship school devoted solely to the training of the voice in the country. (Photo courtesy of Camille … 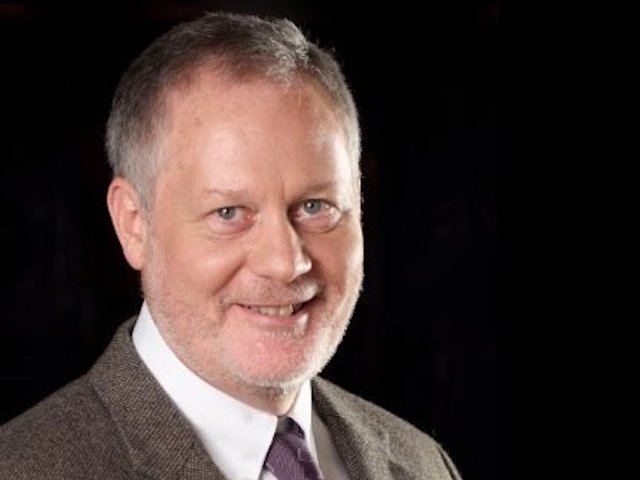 Since 1987, James McDowell has been president of the Academy of Vocal Arts, the only full-scholarship school devoted solely to the training of the voice in the country. (Photo courtesy of Camille Mola)

James McDowell, president and artistic director of Philadelphia’s Academy of Vocal Arts, has announced the school’s 2019-20 season of performances.

Wolfgang Amadeus Mozart’s “Le nozze di Figaro” (“The Marriage of Figaro”), Gaetano Donizetti’s “La favorite” and Giuseppe Verdi’s “Un ballo in maschera” (“The Masked Ball”) will be performed in fully staged productions accompanied by an orchestra. “Jubilate! A Concert of Sacred Music” will return, “BRAVA Philadelphia! 2020” will celebrate AVA’s 85th anniversary, and the “Giargiari Bel Canto Competition” will mark its 40th anniversary. Six varied recitals will fill out the bill of fare of public performances by the country’s only full-scholarship school devoted to the art of singing.

When I asked McDowell to describe the “State of AVA,” the longtime East Falls resident said simply, “It’s good. We’ve just completed another year in the black, mainly because our investments are strong, even though there was a little hiccup in the market in May.

“When I first came to AVA (in 1987),” McDowell recalled, “our endowment was only $3 million. It now stands at $36 million. Over those years, we’ve had three capital campaigns, and our next planned campaign is specifically focused on enlarging the endowment even further.

“Like virtually every other non-profit arts organization,” he continued, “we took a terrible hit in 2008. Everyone on staff took a salary cut, yet no one — not a single one — ever came to me and complained about it because we all knew that it had to be done to preserve and maintain the school and what it does.”

That specific mission is to train young vocalists for professional careers in music, mostly opera. AVA charges no tuition and provides stipends to the students for its full season of performances. They are open to the public and are considered among the city’s most sought-after tickets.

“Many organizations made some very bad choices at that time,” McDowell continued, “and subsequently, they haven’t survived. One of the problems that we faced regarding our endowment was that its investments weren’t particularly well varied. Since then, we’ve corrected that imbalance, and that’s enabled us to plan more safely for our future needs.’

McDowell explained that at this moment, the number of students scheduled to start the school year in September is lower than normal. 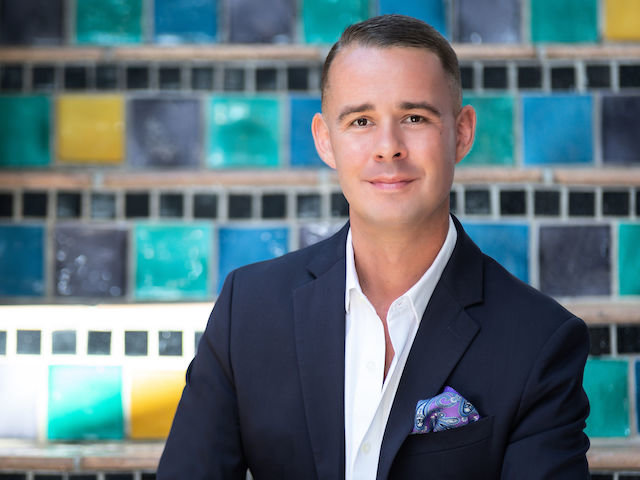 The new vice president and general manager of AVA, Scott Guzielek comes to Philadelphia from the Palm Beach Opera and, before that, the Washington Opera based at the Kennedy Center in Washington, D.C. (Photo courtesy of Camille Mola)

“But that’s not a bad thing,” he assured. “Usually we have about 27 students on the roster by July. At this point, we have 23. But because we’re bringing in a new voice teacher, we’re holding a few spaces open for any young singers the new faculty member might want to bring into AVA. So we’re waiting and holding off.

“And our waiting hasn’t slowed down our choices of the operas for the coming season,” he added, “because for the most part we choose the operas based on the third and fourth year students, not the incoming students.”

Both “Le nozze” and “Un ballo” have often graced AVA’s stage, but not Donizetti’s “La favorite.”

“This will mark AVA’s first performance of ‘La favorite’ in the original French version.” The opera premiered in 1840 in Paris and is also known as “La favorita” in its Italian version. Longtime Germantown resident and AVA master vocal coach Richard Raub will conduct the production He will use a reduced orchestration to accommodate the limited space available at AVA Helen Corning Warden Theater at 1920 Spruce St. in center city Philadelphia.

No less noteworthy is the addition of a second vice president to the administrative structure at AVA. Alongside last year’s appointment of internationally acclaimed tenor and AVA alumnus Bryan Hymel as vice president for global outreach, Scott Guzielek is the new vice president and general manager.

“I’m looking forward to being able to focus more on the musical side of what AVA does,” McDowell said, “and even have some time to direct productions more regularly.”

Guzielek comes to AVA from the Palm Beach Opera and, before that, the Washington Opera based at the Kennedy Center in Washington, D.C.

“I was ready for a change, both professionally and personally,” he told me. “I had come to know AVA through working with Danielle Orlando (one of AVA’s master vocal coaches). After talking with Kevin (McDowell’s “familiar” name), I fully trusted and respected what’s being done here at AVA. This is really a ‘training’ opera company because the level of that training and the singing here is so high. And I feel that I have something to bring to that experience through my own training and career experience.

“I was struck by the enthusiasm of everyone at AVA, and I believe that I can help combine the new with the old and contribute to making Philadelphia not just a wonderful, vibrant city, but the hotbed of opera on the East Coast.”