Keren Byrne (left) and her husband Keith, who is facing deportation to Ireland. by Sue Ann Rybak Oreland resident Keith Byrne, an Irish native who was arrested on July 10 by U.S. Immigration Customs … 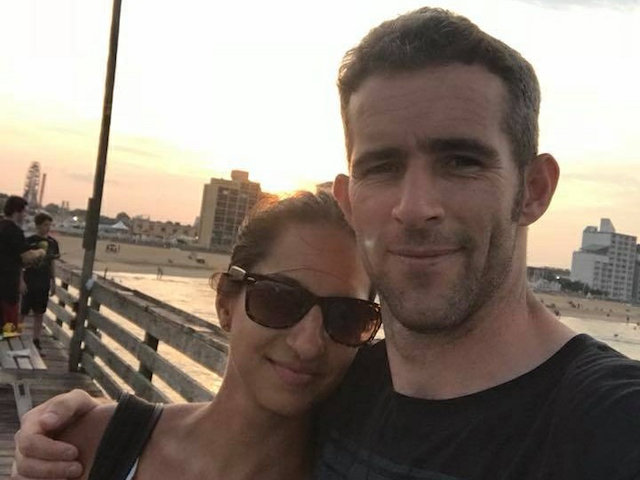 Keren Byrne (left) and her husband Keith, who is facing deportation to Ireland.

Oreland resident Keith Byrne, an Irish native who was arrested on July 10 by U.S. Immigration Customs Enforcement and ordered released from a detention center by Chief Judge Christopher C. Conner, said he is happy the media frenzy has died down. Although his case is far from over, the father of two children and a stepson said he is happy things are slowly beginning to return to normal.

Byrne, who was born in Fermoy, in the Irish Republic, and is married to Keren, a U.S. citizen who grew up in Northwest Philadelphia, has been trying to apply for a green card since 2010.  He was denied numerous times, however, because he disclosed on his application that he had been fined in Ireland for two minor incidents of marijuana possession in his early 20s. It was such a minor amount that it was considered a civil crime.

The couple was still in the process of legally changing his status when ICE agents pulled him over, arrested, handcuffed and shackled him before transporting him to Pike County Correctional Facility in Hawley, Pennsylvania, where he was held for 15 days until Byrne’s lawyer Thomas Griffin  filed an emergency petition for writ of habeas corpus.

Griffin said in a teleconference he was able to persuade Judge Connor “to stop the deportation, release him temporarily and allow him to pursue his case in the court closest to his residence without the pressure of prison.”

He argued that the government violated the federal Administrative Procedure Act when it failed to properly investigate Byrne’s previous appeal for an adjustment of the case. Thereby allowing Byrne to sue the agency.

While Griffin was preparing to file the suit, “All of a sudden on Aug. 14, the U.S Citizenship and Immigration Services sent out a letter to them stating that it was reopening his case on its own accord.

“That muted any need to file a suit,” he said, “because if we won our suit the judge would require the agency to hear our case again the right way.”

Griffin said the agency has given them 30 days to submit any additional arguments and file any necessary waivers to make their argument for a green card.

“ICE is not going to touch him,” he said. “There is no threat of removal right now.”

CORRECTION: An earlier version of this article misspelled Keith's last name. It said Bryne instead of Byrne.