For artist Roland Ayers, Northwest Philadelphia was an anchor and an inspiration. Roland Ayers: Calligraphy of Dreams, through October 24. Woodmere Art Museum. 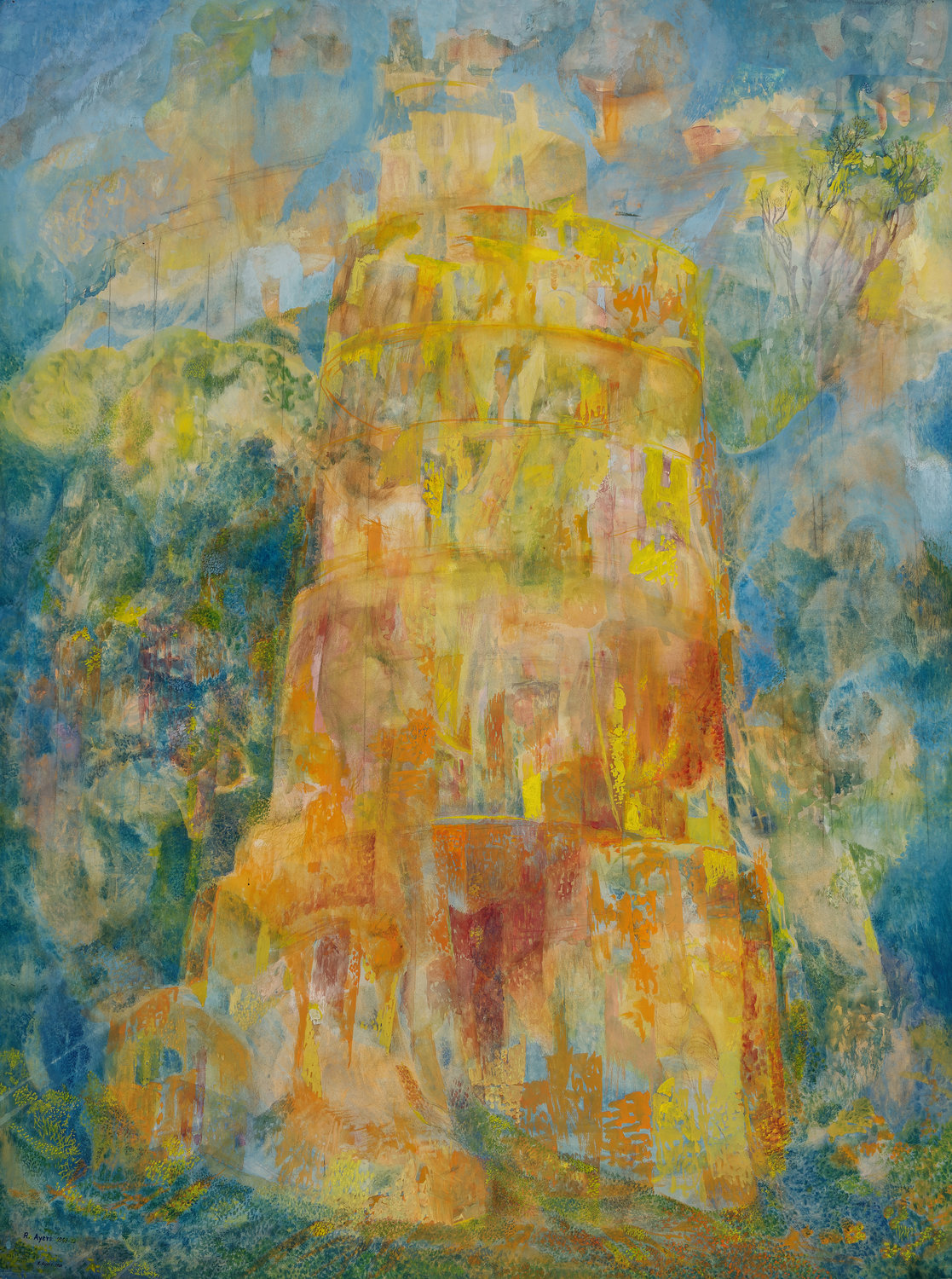 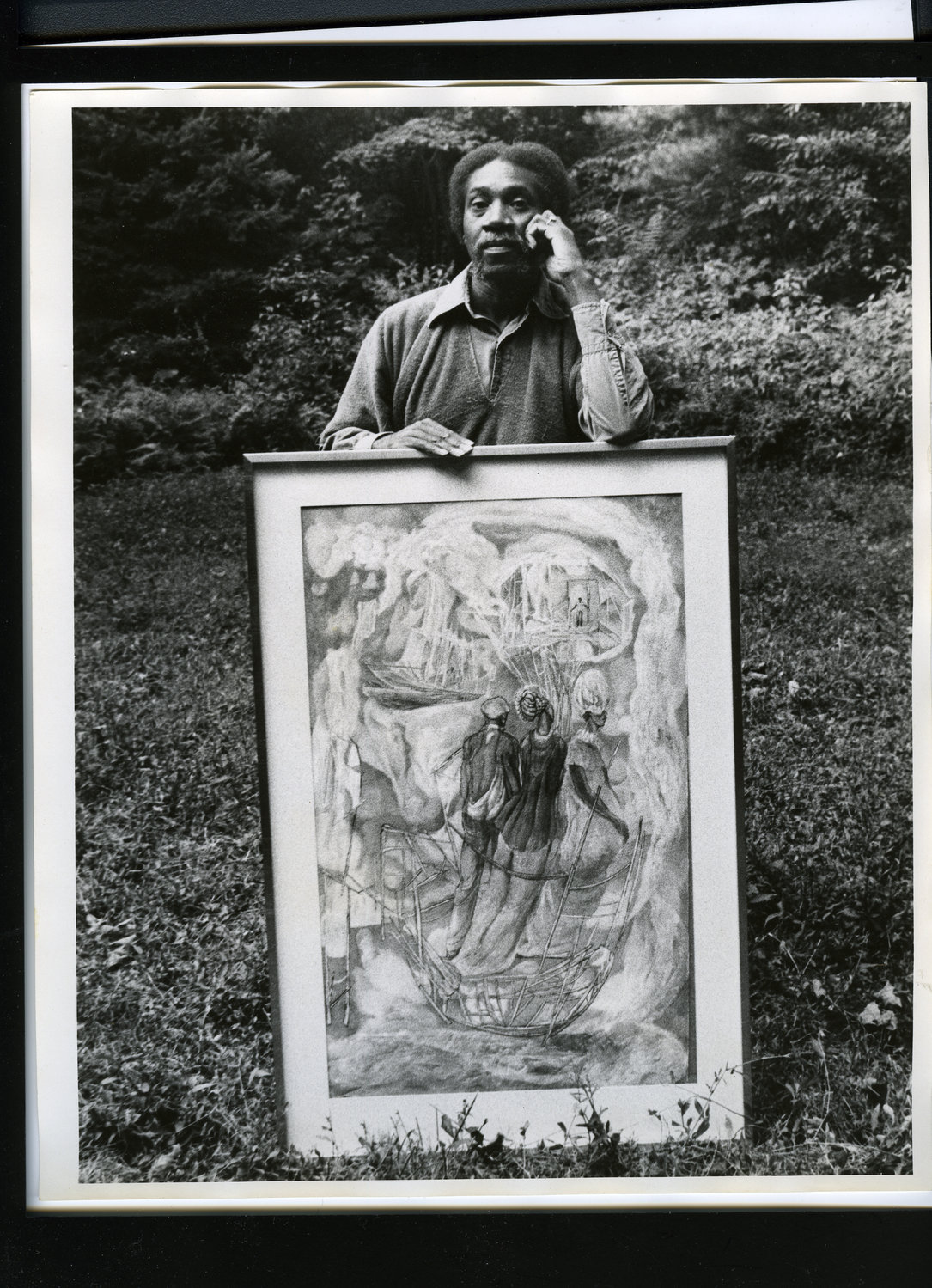 The late Roland Ayers, whose art is now showing at Woodmere Art Museum, 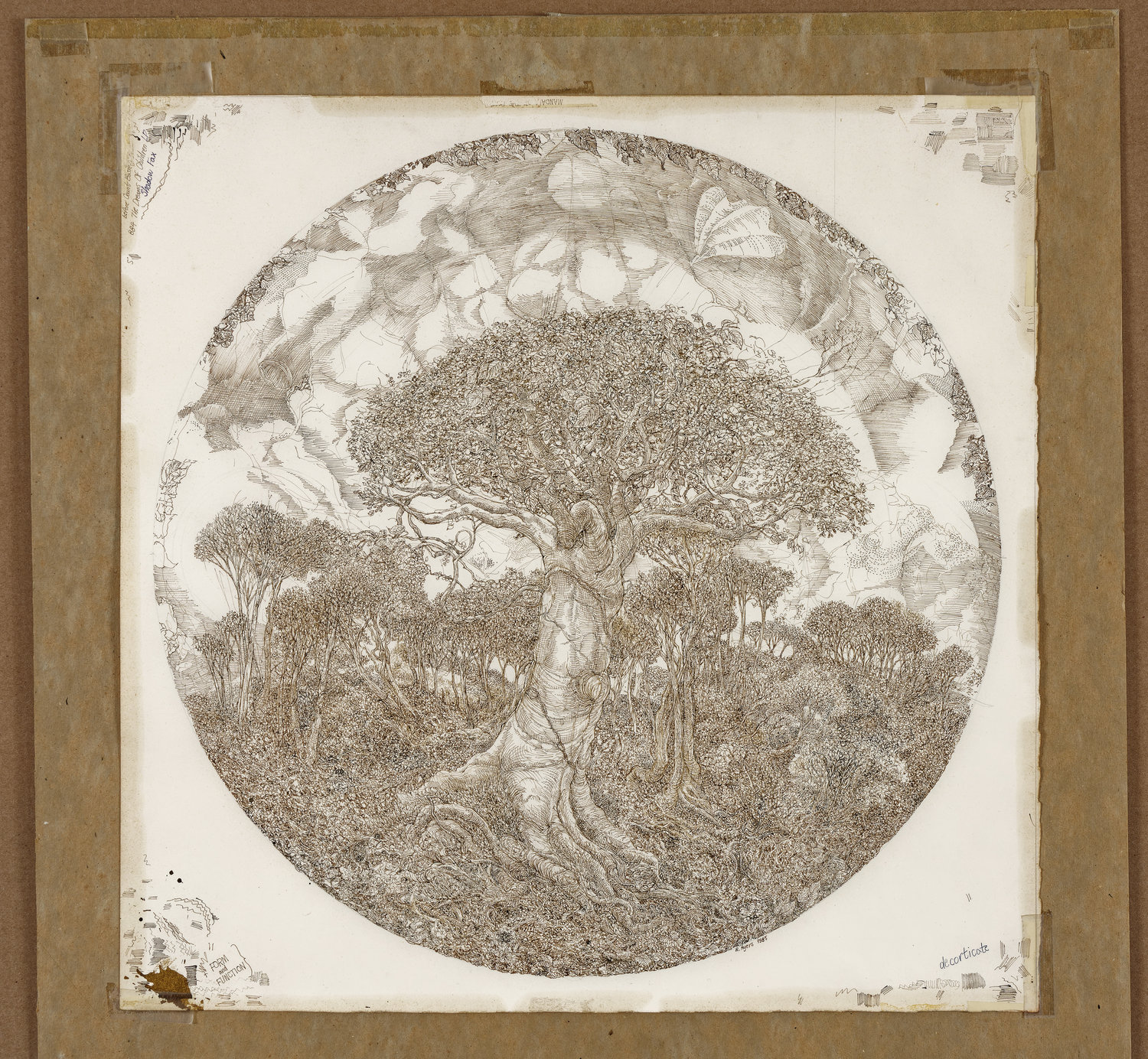 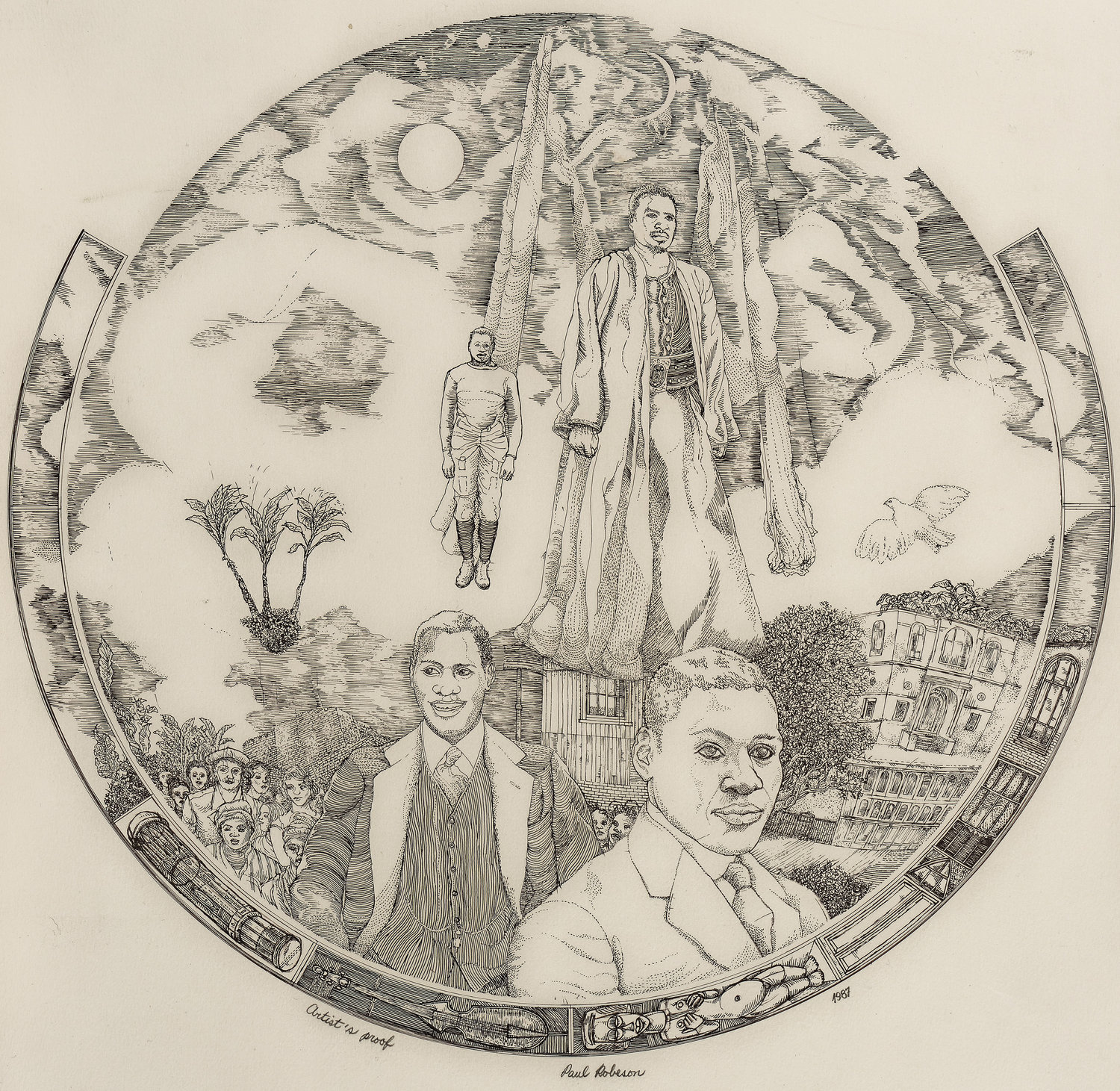 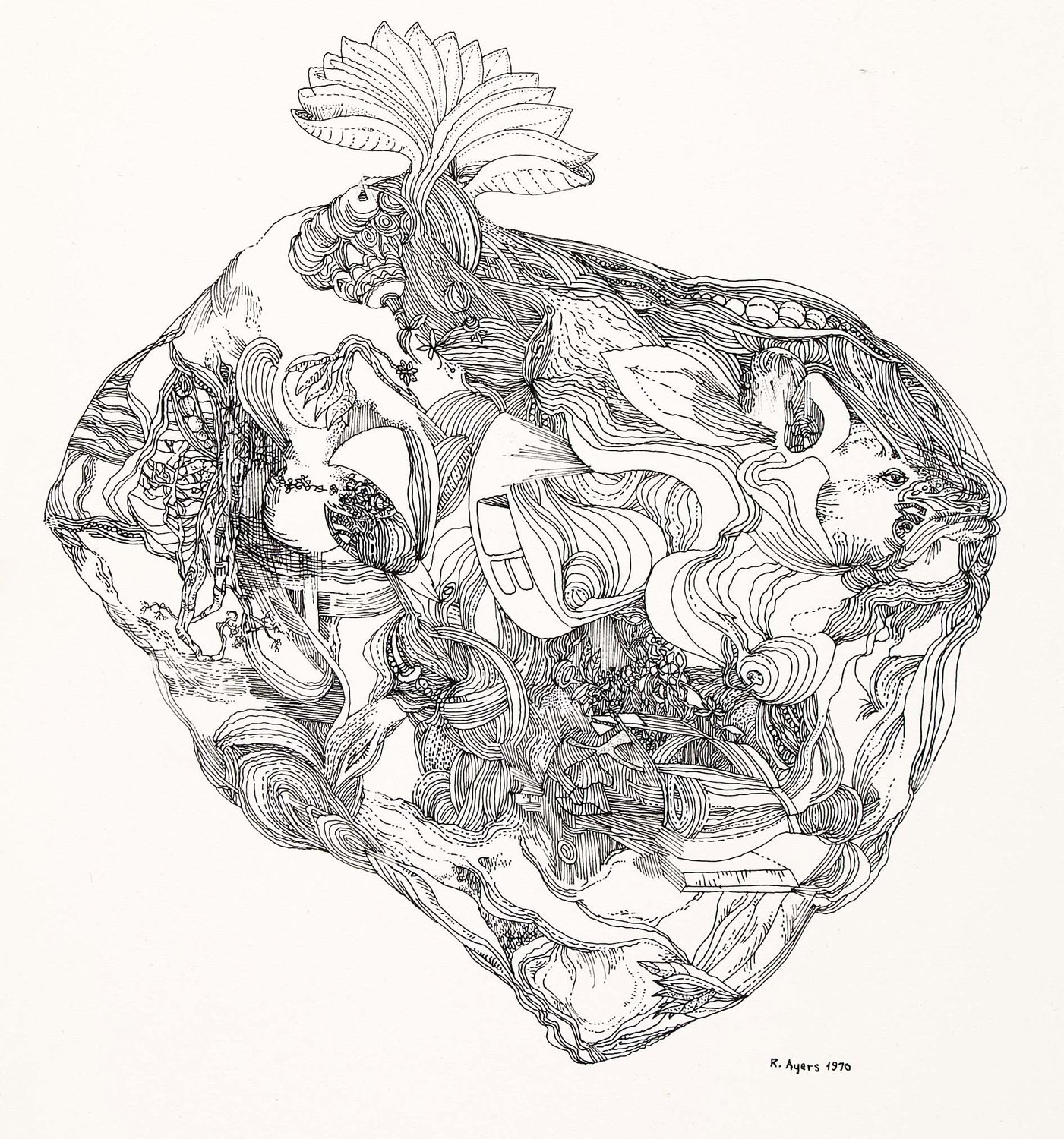 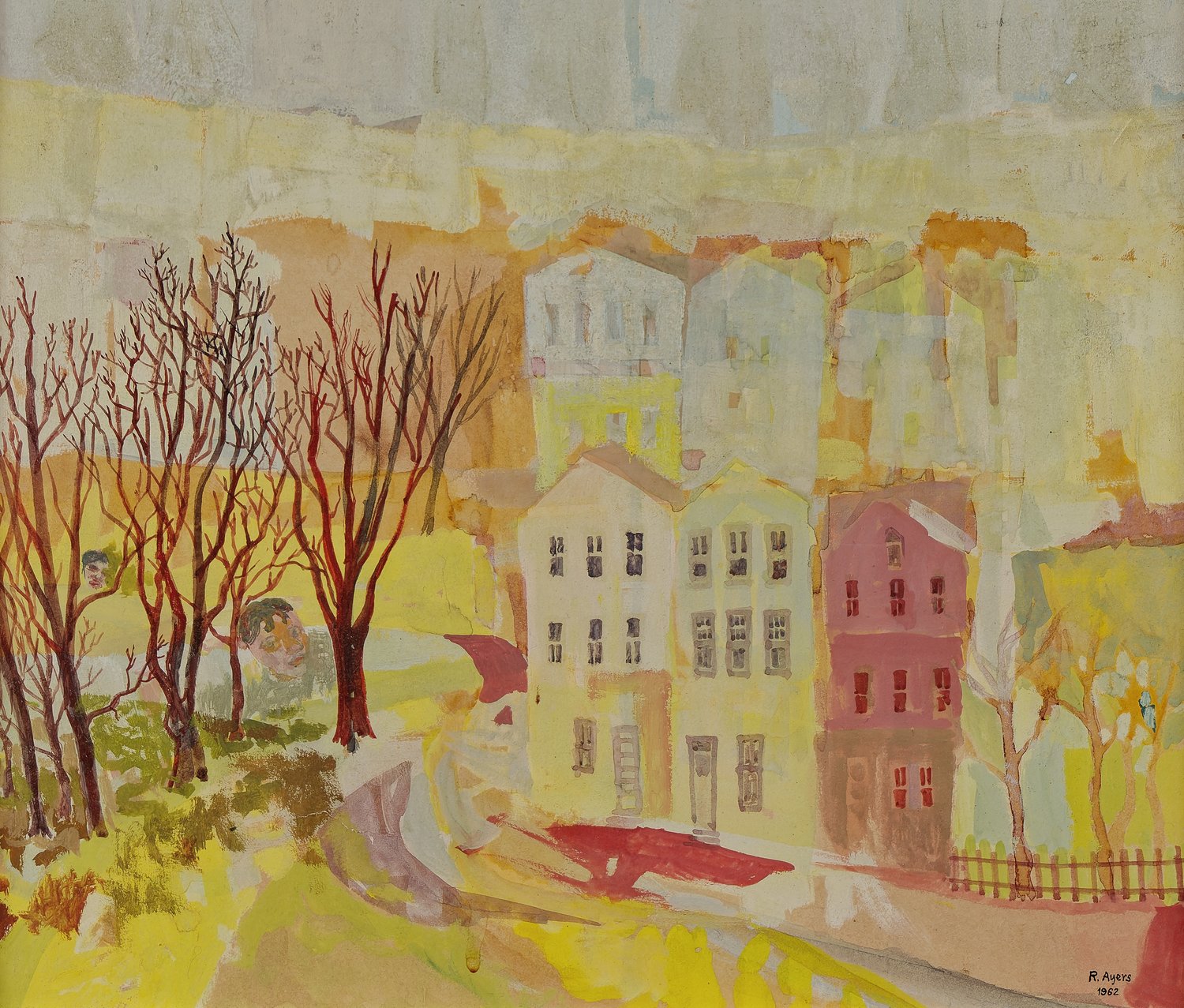 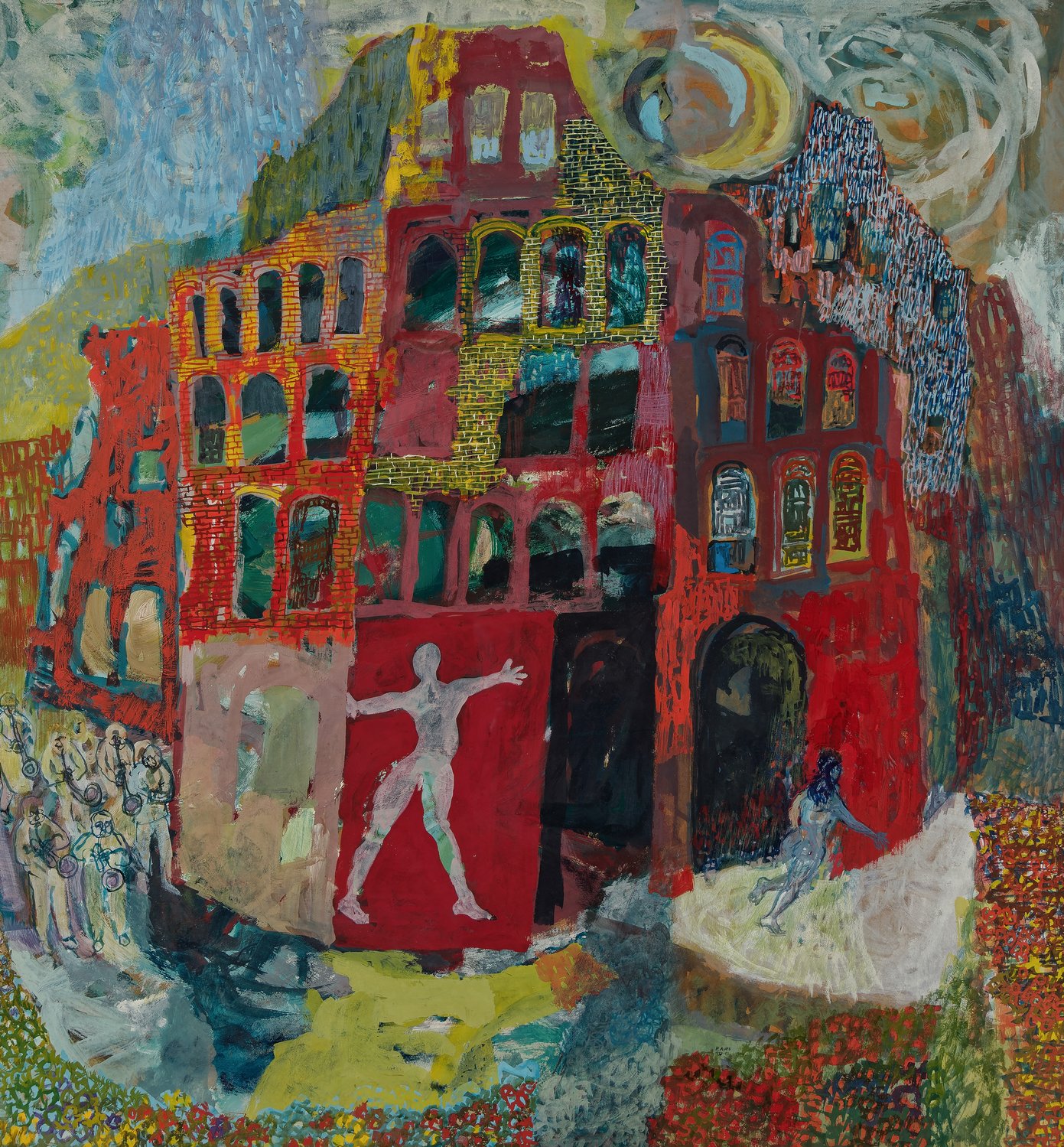 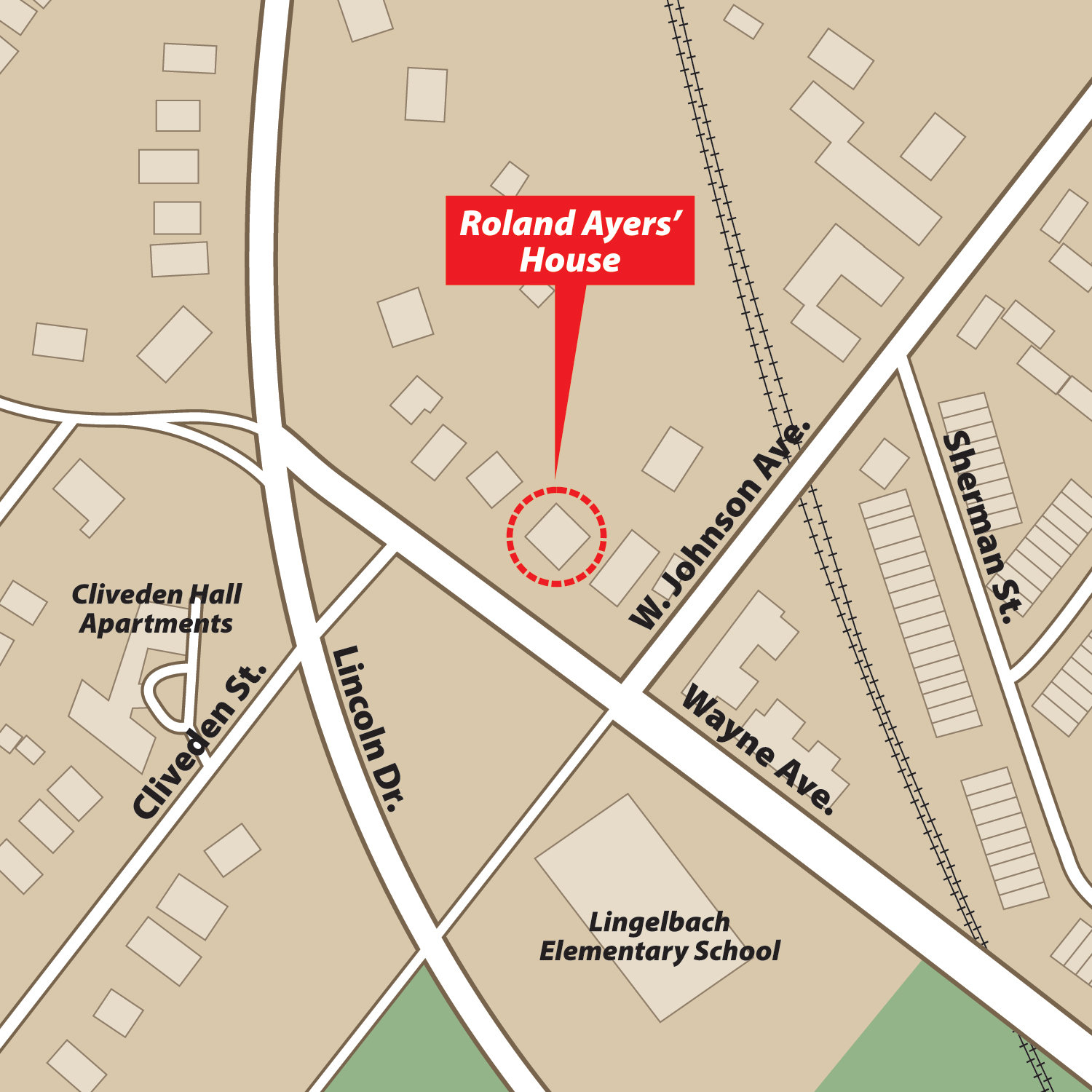 For artist Roland Ayers, Northwest Philadelphia was an anchor and an inspiration.

Mount Airy’s stone houses and tree-lined streets found a place in his artwork. Images of Germantown rowhouses float in the air amid his sweeping surreal landscapes.

From his home and studio, an apartment overlooking Lincoln Drive, Ayers created delicate paintings and intricate drawings that explore the human psyche. His artistry is on display in “Roland Ayers: Calligraphy of Dreams,” an exhibit at the Woodmere Art Museum in Chestnut Hill that will be running through Sunday.

“It is rare to see an artist embrace [fine line drawing], a skill that is often overlooked because people assume every artist can draw. But they can’t,” said T.K. Smith, the exhibit’s curator. Ayers’ drawings were improvised, intuitive and a testimony to talent that Smith described as extraordinary.

He created work that required “skill, craft, training and an eye,” Smith continued. “Roland had all that and more,” but was creating masterworks during a time when black artists were largely unrecognized.

The Woodmere exhibit includes more than 40 drawings and watercolors by Ayers, who died in 2014 at the age of 81. The works created over a 30-year period focus mostly on Ayers’ pen-and-ink drawings depicting nature, architecture and the human body. His “Tree of Life,” a birthday gift to his wife Sheila Whitelaw, is what Smith describes as the exhibit’s signature work, an astoundingly detailed piece that could require hours with a magnifying glass to discover the seemingly endless images contained within it.

But while Ayers’ images were often in black and white, the subject matter was not. A follower of Eastern religions who meditated daily, Ayers created images that were complex reflections on spirituality, the earth, childhood and death. Bodies blend into each other. Faces emerge from trees, and hands from flowers in what Smith calls Ayers’ surreal way of showing that “everything is connected.”

He explored fantastical themes in poetry, kept a detailed journal and developed an expertise in jazz, a music idiom whose improvisational flourishes also influenced his work. Ayers listened to Charlie Parker and Cannonball Adderley while he drew and painted in his studio.

An only child, Ayers grew up in Germantown, where his talent emerged. He drew airplanes in his school books and graduated from Germantown High School.

He went on to serve in the Army as a cook stationed in Germany. He returned to attend Philadelphia College of Art (now the University of the Arts), earning a BFA in Art Education. He married, had a son Roland Jr., and later divorced. In the mid-1960s, he traveled to Europe to study art and create it in a place he discovered was more receptive to his skill and talent.  He lived in Amsterdam and Greece, and later traveled to West Africa.

“He never felt that black artists or black people were accepted as equal in the U.S., and he was very much against that and was angry about that,” Whitelaw said.

His work reflected his feelings about oppression, and created art that considered enslavement and emancipation. A work about the life of Paul Robeson made in conjunction with the Brandywine Workshop and Archives in Center City is one such example. The drawing depicts the life of Robeson, a legendary actor, singer, athlete and activist who battled racism, was bruised by it and spent the last years of his life living in West Philadelphia with his sister.

Ayers was “a courageous artist, not afraid to take on the big subjects,” said Patrick Terenchin, an online gallery owner, collector and Ayers admirer.  More than 20 of Terenchin’s pieces are included in the Woodmere exhibit.

In the early 1970s, Ayers' work began to gain wider recognition and he exhibited at Studio Museum in Harlem, the Whitney Museum of American Art and what is now the African American Museum in Philadelphia. In 1977, Ayers’ work exhibited at the Woodmere, his first at the museum.

Ayers continued to create throughout his life, while teaching art and working as the manager of a bookstore for the Friends of the Free Library of Philadelphia. He met Whitelaw when he was teaching a class at the Allens Lane Art Center.  Whitelaw was then the center’s executive director.

At home in Mount Airy,  Whitelaw and Ayers, who was an avid reader, hosted dinner parties during which guests discussed art, politics and current events.  Ayers painted and drew furiously, holding shows in his home and sometimes giving away his art. Author James Baldwin phoned to say he was a fan.

Ayers kept working even as his health declined. When he developed dementia, he drew pictures of the staff in the adult day care program he attended.

When he moved to a nursing home, art remained an inspiration. Ayers visited the Woodmere with a group from his Mt. Airy facility and became so immersed in the work that they had to “drag him out of there,” Whitelaw said. “He was the last one on the bus.“

When he died, Ayers left an artistic record in his work and a written one in his poetry and journals. He had written in meticulous detail, always thinking about his place in the world, Smith said. He wrote as if he knew that one day, someone would read it and study his work, Smith said, adding that “I think he understood his own significance, even if the world hadn’t caught up with him.”