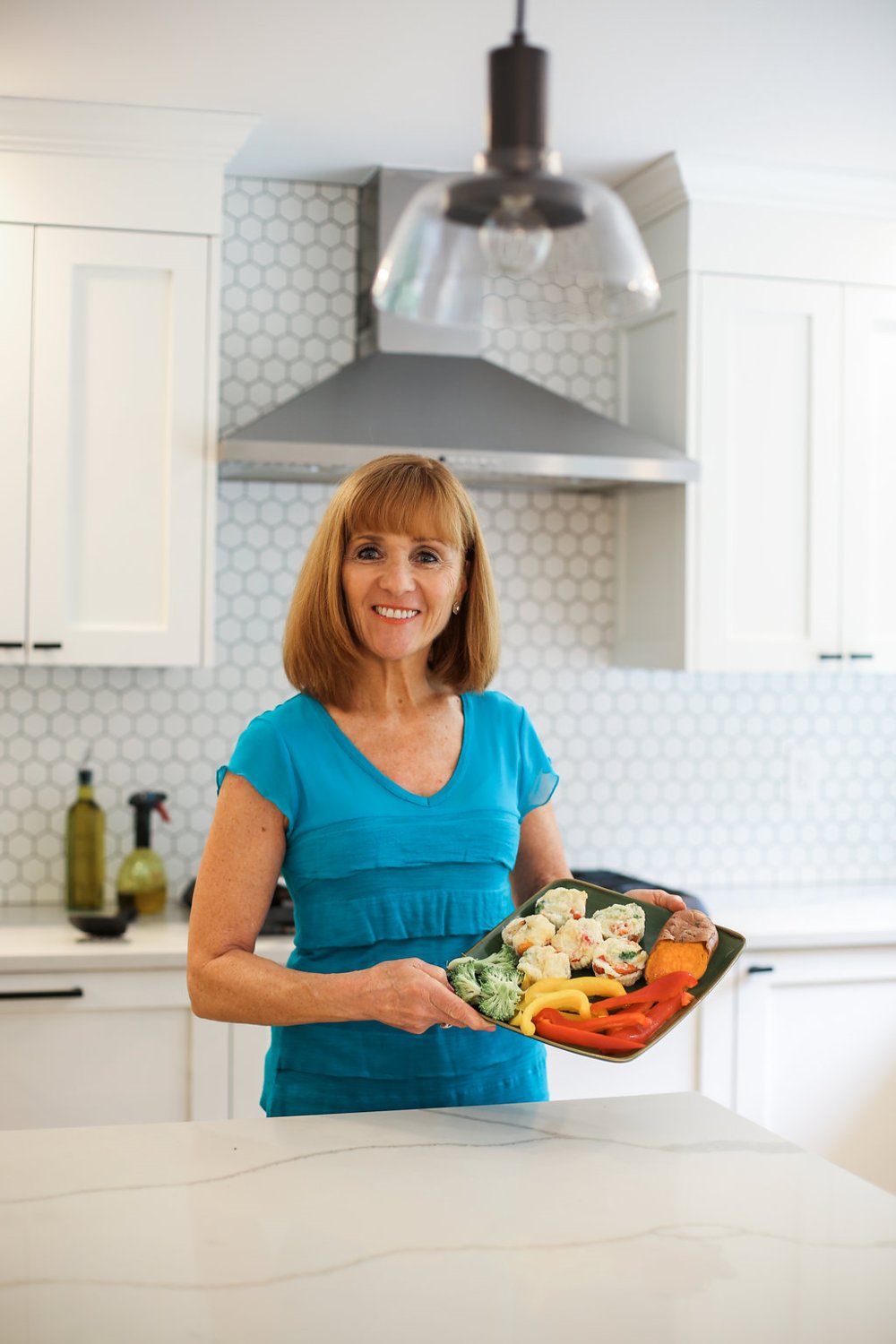 Flourtown nutritionist and registered dietician Patti Morris has some suggestions to make a reducetarian diet an option.
Posted Thursday, January 20, 2022 6:00 am
by April Lisante

It is staggering to think of how many New Year's resolutions we make that revolve around food.

And then along came 2022, when this annual resolve is slated to reach a crescendo. The coming year is already shaping up to be a year of “less” of everything, especially when it comes to what we eat and drink. The concept of Dry January, where alcohol consumption is put on hold, has now extended into a full-time commitment for many. People of drinking age are choosing mocktails and fruit fizzers over beer, wine and hard liquor, both for health and lifestyle reasons.

And when I polled chefs at year’s end, they predicted that because of our heightened concern about health and staying healthy, not only would portions be smaller in restaurants for 2022, but also that immunity-boosting foods and most especially plant-based items would see a heyday.

Which leads us to a curious trend that is gaining speed right now. As a result of this more health-conscious mindset, many are making the commitment to try out reducetarianism. Somewhere between eating an everything diet and jumping head-first into being a vegan or vegetarian, reducetarianism is gaining traction among folks who consider health and immunity boosting foods a priority this year. Where veganism rules out all meats and dairy, and vegetarianism all meats, reducetarianism is kind of the middle-of-the-road cousin.

Let’s face it: adopting the vegan lifestyle full time isn’t as simple as restocking your fridge. I have a vegan daughter and I really struggled this holiday season to come up with meals because I was horrified to realize I don’t know many of the products available and I don’t know how to cook some of the items. So if you, like me, aren’t ready to go whole no-hog on the vegan diet, reducetarianism may be an option.

According to the Reducetarian Foundation, how it works is this: you reduce the amount of meat, dairy and eggs you consume to achieve a trifold result of bolstering health, making an impact on the environment and recognizing the impact that livestock production has on the planet. The idea is that you don’t have to make a huge, dramatic, life-altering change to become a vegan this week or even this month, but you can try to cut back on consumption and make a difference, a little bit at a time.

It's kind of like opting for a veggie burger once in a while when you dine out, instead of a beef burger, or choosing a tofu-based entrée instead of chicken. Baby steps.

“I always tell my patients you don’t need perfection but anything you do better tomorrow is an improvement,” said registered dietitian, nutritionist and certified diabetes educator Patti Morris of Flourtown. “A plant-based diet is the healthiest, but it is hard to totally switch to a plant based one. If you incorporate a few plant-based meals a week, it is a start.”

Adopting a reducetarian outlook in the new year could help not only the planet, but your personal health, Morris said. It cuts down on saturated fats, cholesterol and kicks up your fiber intake significantly.

Saturated fats are some of the worst culprits for heart disease in this country and they come mostly from three sources: meats, butter and cheeses, Morris said.

“If you reduce [your intake] of those, that is a huge help,” she said.

And while cholesterol intake should be limited to 300 mg a day, things like liver and egg yolks can ratchet up that tally really quickly. Though the items aren’t high in saturated fats, they can take a toll on those who must watch their cholesterol.

“There is no cholesterol in plant-based foods,” she added.

Another huge benefit of adding veggies and grains? Increased fiber. The more fiber you eat, the more you can work to lower your LDL, or bad cholesterol.

So how do we work this reducetarian mindset into our weekly diet? Start slowly with substitutions, like switching out beans for chicken in a salad, or taste-testing some lentil or black bean burgers on a Meatless Monday night.

And don’t fall into marketing traps. Two of the biggest “meatless” problems Morris runs into when she counsels folks on their nutrition is the Beyond Burger and the Impossible Burger.

“Sure, you are helping save the planet with a meatless option, but they are made with coconut oil and are high in saturated fat,” Morris said.

So forget the trendy items and just go natural, like a veggie or a bean soup.

“And who doesn’t like a nice soup in the winter?” she said. “Experiment.”

Have an idea, suggestion or just want to talk about foodie favorites? Email me at aprillisante@gmail.com