The Springfield Township Police Benevolent Association’s adoption of the "thin blue line" flag as their logo is still causing controversy for some township residents. 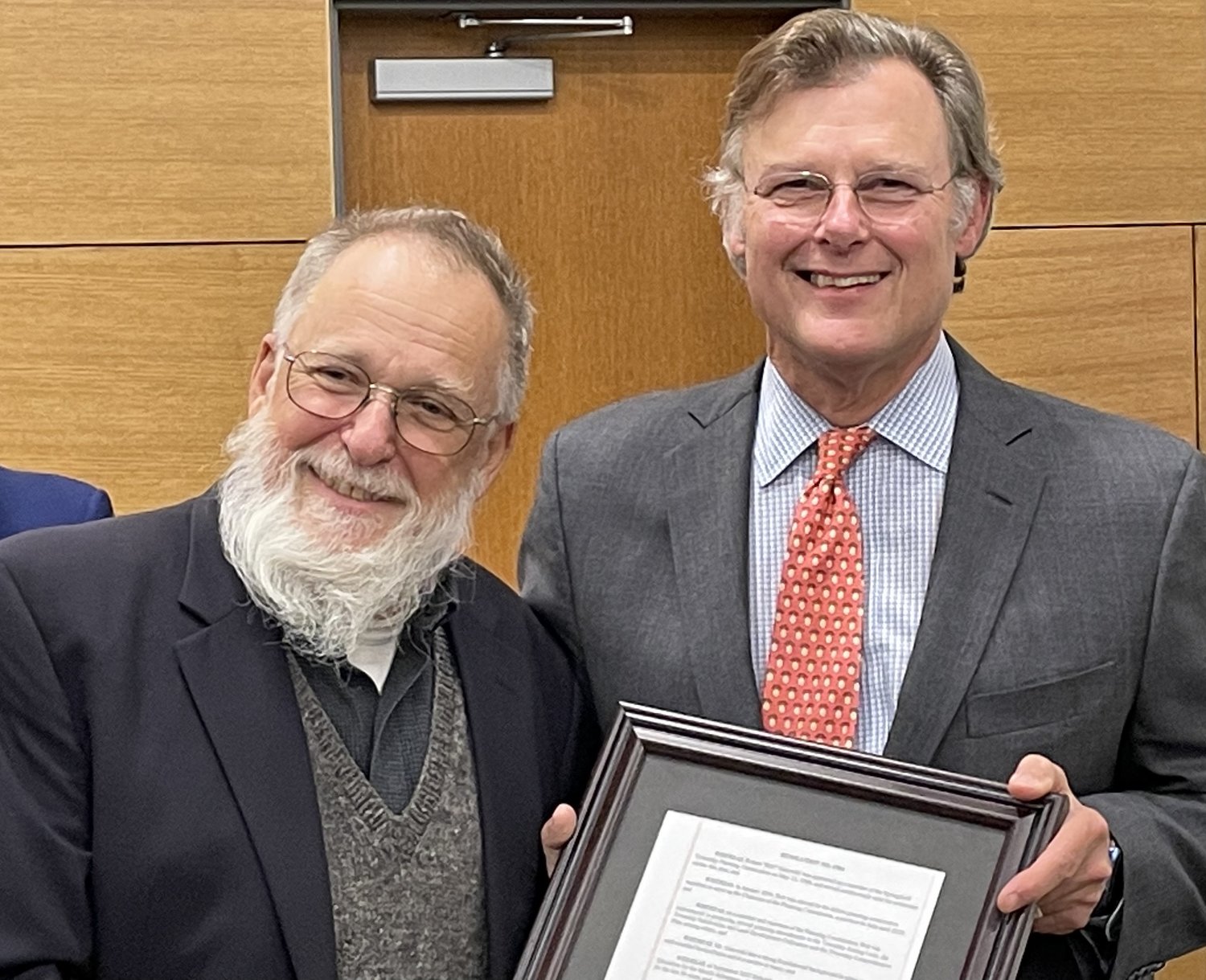 The Springfield Township Police Benevolent Association’s adoption of the "thin blue line" flag as their logo is still causing controversy for some township residents, as witnessed during the November business meeting’s public statement period.

The controversy, prompted by the police group’s decision to use a logo that some residents feel is racist, led Township Commissioner Eddie Graham to resign his role as board chair in October.

Wyndmoor resident Erin McCrossan expressed her dismay that “this [Blue Lives Matter flag] issue is still causing such division in our community.” As the person who co-drafted a 2021 police-community relations survey and compiled the results, she reminded the commissioners that all of the participants “supported the police and wanted to see improvements.”

McCrossan said residents want to see community building efforts like “making proactive statements of support for all residents, showing leadership and accountability in proactively addressing racism, and listening to and understanding racial bias concerns.” She offered to find funding to support those efforts.

Wyndmoor resident and a former Township School Board member Tameata Jordan, who is Black, said that despite enjoying Springfield Township and feeling “respected” there, the Blue Lives Matter flag was “disturbing.”

Board President Jim Lee said the relationships between the three can be confusing – and explained that the Benevolent Association is a private organization, while both the police department and the township itself are municipal organizations. As a result, township commissioners have no say over what kind of logo the police association chooses to use.

Lee explained that the Board of Commissioners is continuing to reach out to the benevolent association to resolve the issue.

“I don’t know what the ultimate outcome is, and I hope to mend some fences with where we are now. I’m not going to give that up,” he said.

Commissioner Susanna Ratsavong, speaking about the October business meeting where Graham stepped down, said some residents blamed him for being racist because he talked about instances of racism that he experienced in his own life. She called the public statements made to Graham at that meeting “an unwarranted assailing of my colleague.”

Speaking to “those who come to advocate that we have to make a choice, that we have to choose to protect one group’s humanity over another” and to those who “feel affronted by a stark discussion of racial disparity and treatment,” Ratsavong said, “I really wish you would consider why this concern for the well-being of all is such a spur to your comfort.”

The proposed budget for Springfield Township residents in 2023 has no increase in residential real estate taxes due to increased revenue from earned income and other local taxes, combined with decreases in capital expenses and a reduction in recycling process fees. The township has maintained the same real estate tax rate of 4.516 mills since 2020.

But residents should expect a 5.6% increase in the township’s discounted refuse service fees for both trash and recyclables collection and disposal. According to Assistant Township Manager Brandon Ford, waste disposal fees will be $75.24 per ton in 2023, up $13 per ton from 2022. An increase of 2.75% in sanitation employee wages and an estimated increase in vehicle expenses (cost of repairs and diesel fuel) also contribute to the higher fee.

Commissioners will hold a budget hearing and vote on the 2023 budget at their business meeting on Dec. 14. They will take comments and questions at the Dec. 12 workshop meeting.  Residents can review the proposed budget at the township building (1510 Papermill Road) or at the Township Library (8900 Hawthorne Lane).

The Board of Commissioners unanimously approved a resolution commending Bob Gutowski’s 24 years of service on the Township’s Planning Commission. Gutowski was appointed to the Planning Commission in May 1998.  He served as chair from 2006 until his retirement in September, bringing to that role his strong background in urban forestry and experience at the Morris Arboretum. During his long tenure, Gutowski was instrumental in amending the township zoning code and the subdivision and land development ordinance, and in drafting the comprehensive plan.

Commissioner Baird Standish, who sits on the Planning Commission in an advisory capacity, called Gutowski his mentor and a “guiding light” and said “we will really miss him.”

A tree will be planted in Cisco Park in Gutowski’s honor.

For his part, Gutowski said, “I’m proud to have played a citizen’s part in our local democratic process and I offer my gratitude to you all and to those who served before us.”

Plea for crossing guard at Papermill and Bergan roads

Township residents Courtney Conte and Jacquillia Hooper asked the board to hire a crossing guard for the very busy intersection at Bergan and Papermill roads so that children can safely cross Papermill to get to their school on Bergan.

The problem is speeding. There is no school zone in effect along Papermill Road near Bergan Road anymore since Enfield Elementary School was razed to convert the site into new playing fields. According to Conte, commuters now speed past Bergan Road to get to Route 309 unimpeded. Once the new playing fields are open, traffic will become busier in the afternoon when kids get out of school, something the commissioners readily acknowledged.

Unfortunately, the results of the traffic study at Bergan and Papermill roads did not recommend a crossing guard. Township Manager Mike Taylor will confer with the public safety officer about the traffic study results and come up with measures to reduce speeding and help children safely cross Papermill Road.