Meade Easby may have been a magnet for the supernatural. He was six at the time of his first encounter, playing with his brother outside the family mansion on Mermaid Lane. 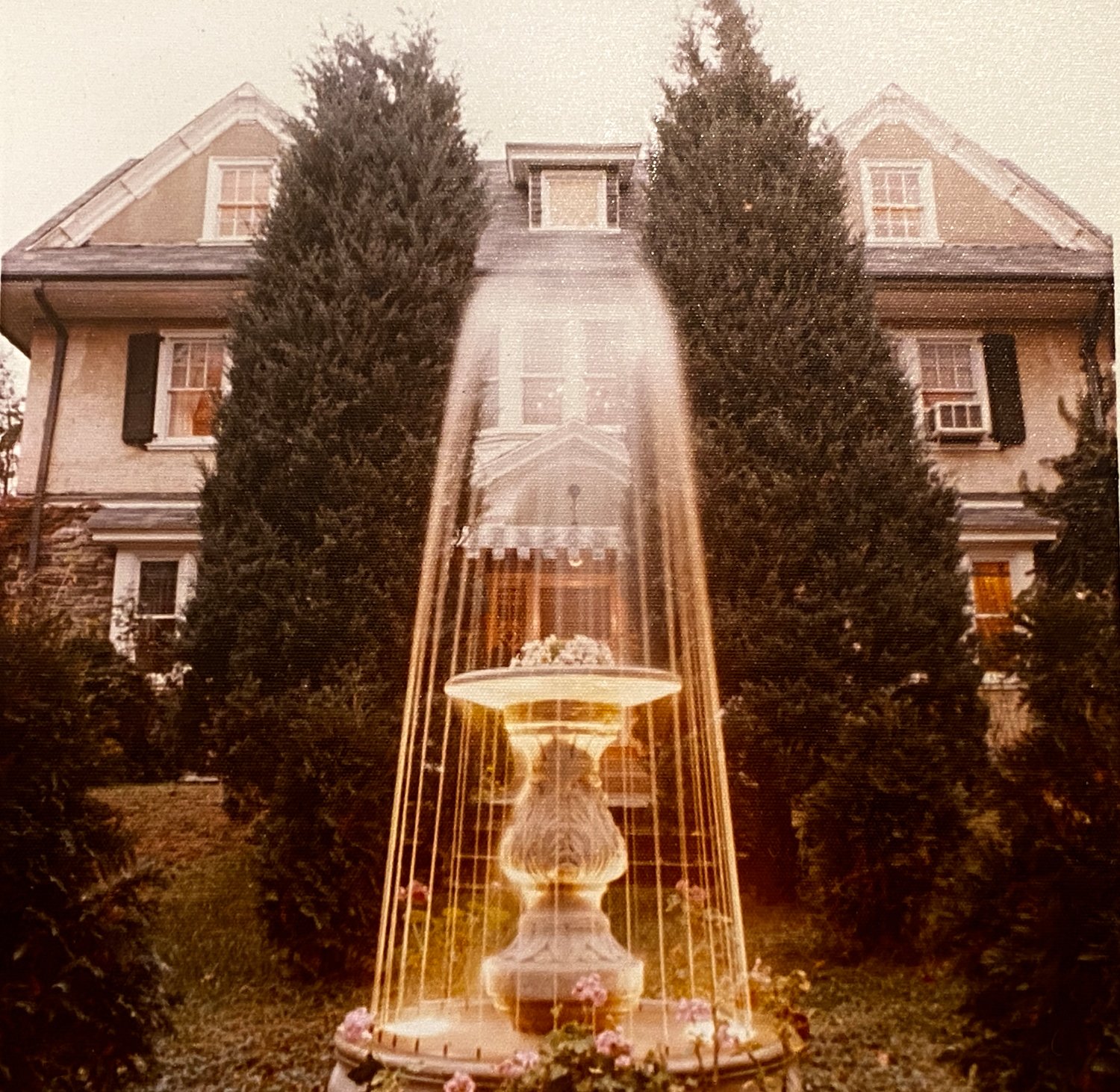 Young Stevie became eerily transfixed by the Baleroy mansion fountain after his brother Meade saw a reflection of his skeleton in the water. 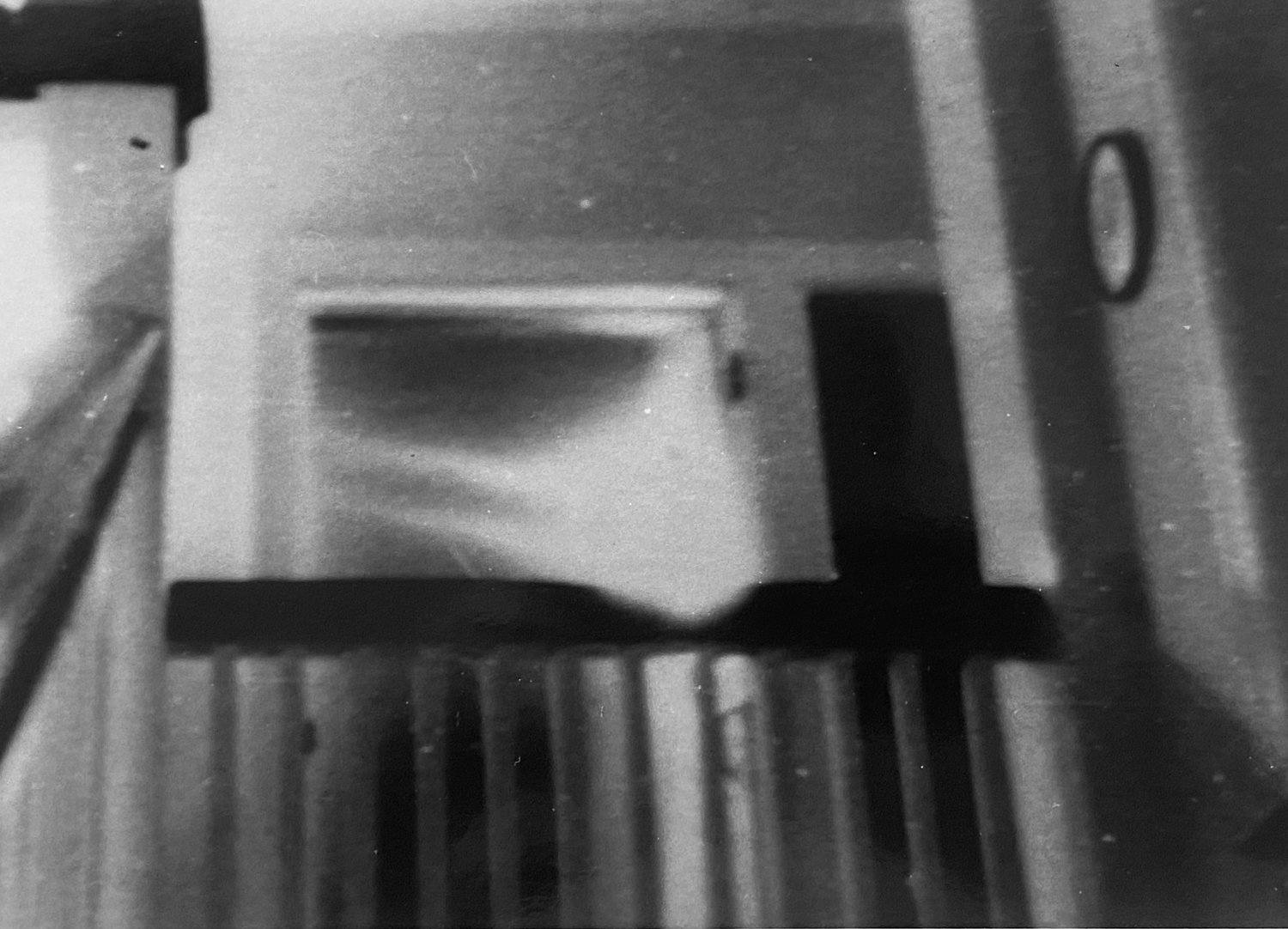 The mansion’s new owners found this old photo of a ghost on the stairway in their attic, shortly after moving in. 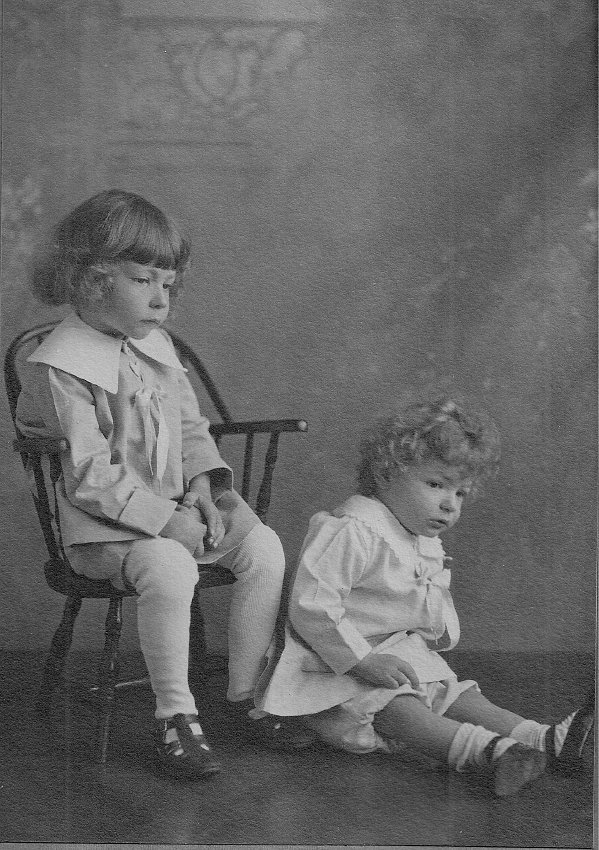 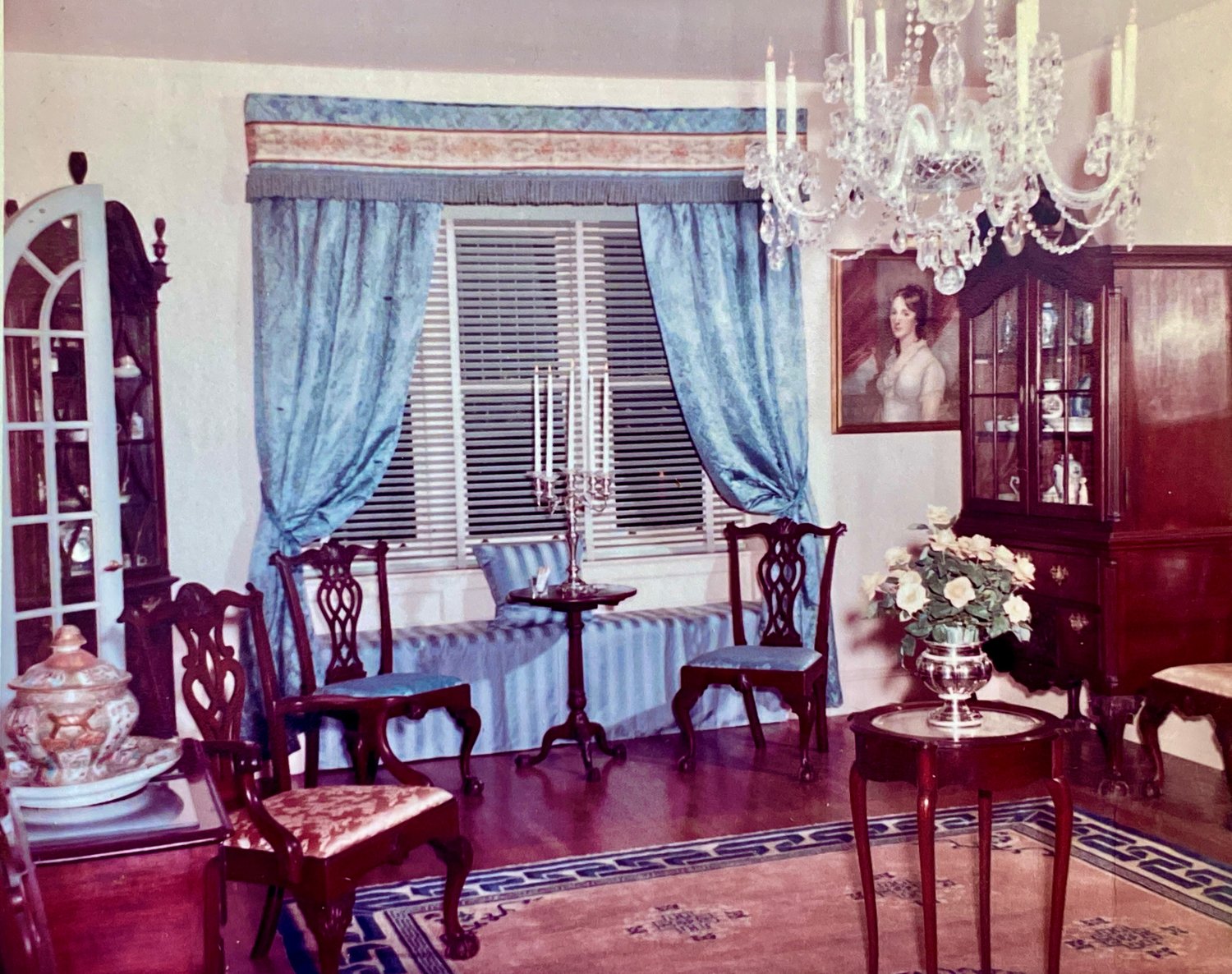 In the mansion’s blue parlor, famed psychic Judith Richardson led a seance, where she sensed a disturbing presence in the cellar beneath.
Previous Next
Posted Thursday, October 27, 2022 12:00 am
by Heather Gray

Meade Easby may have been a magnet for the supernatural. He was six at the time of his first encounter, playing with his brother outside the family mansion on Mermaid Lane.

As the boys caroused around the Dolphin fountain on the front lawn, Meade saw the reflection of his five-year-old brother Stevie in the water. Within seconds, the image morphed into a skull.

That harrowing experience would be an eerie harbinger of things to come for young Stevie - and for Chestnut Hill’s Baleroy mansion, which would eventually be known as the most haunted house in the nation.

It would become the backdrop for a basement explosion, a flying teapot, shows during which puppets mutate into moving dolls with skeletal faces, and ghostly sightings of an old woman, a monk and of Stevie himself.

“The house was built in 1911, but the furniture is quite old. I supposed the psychic phenomena has perhaps come along with the furniture,” Meade Easby, the now deceased owner of the storied mansion, told the Philadelphia Inquirer in 1973.

The estate sits at the end of a long narrow drive and at the top a steep staircase.
Today, the 30-room home built  in 1911 is home for a family of four. They are working to restore the Chestnut Hill mansion to honor its history and its most famous earthly inhabitant Meade, whose formal name was George Meade Easby, and who was also known as the “squire” of Baleroy.

In 1925, Meade and Stevie moved to Belroy with their parents, Maj. M. Stevenson and Henrietta Easby. Henrietta was the granddaughter of the famous victor of the Battle of Gettysburg, Gen. George Meade. The family’s other prominent relatives included Cornelius Stevenson, a treasurer of the city of Philadelphia; Nicholas Wain, a friend of William Penn who sailed with him on The Welcome in 1683; and Society-page Philadelphia families the Larges, Biddles, and Phillipses.

The family’s Chestnut Hill mansion housed Henrietta Easby’s extensive collection of antique furniture, paintings, and silver, which included a clock made for Marie Antoinette, a chair belonging to Napoleon, Gov. Thomas Mifflin’s dining chairs, silver flatware used by signers of the Declaration of Independence, and a poem written by Benjamin Franklin to his mother.

Among Henrietta  Easby’s vast collection of treasures, there was also a haunted Chippendale cupboard, a ghostly clock, and a cursed chair. The dreaded fountain was the outdoor source of unease.

Meade wrote in his unpublished biography, My Uninvited Ghosts, that he had been unnerved by the fountain since they had first arrived at Baleroy. But young Stevie became fixated on it. Soon Stevie began to suffer from terrible headaches. He was taken away from Baleroy to stay in the home of his nanny, but spent hours every day staring at a photograph of the fountain. In 1931, Meade’s morbid vision came to pass: Stevie died of a blood clot in his brain.

When Meade was a young teen an explosion occurred in the basement during a tea party, and a guest was hit by a flying teapot. A puppet show put on by Meade terrified the audience when the face of a puppet morphed into a skull.

After the death of Henrietta Easby in 1961, Meade and the Baleroy staff and visitors began to experience an uptick in ghost sightings.

David Beltz, a restoration specialist who worked at the historic mansion, was outside near the fountain with his co-worker when he saw a figure. "I noticed a person looking out the window at me, a young kid with blond hair. He had his hands on the sill and was looking down toward the yard. I said to my buddy, 'Look at that little kid.' Then it just faded off and my buddy said, 'Man, that was really strange’.”

The worker refused to return to work at Baleroy.

Meade never spoke about the ghosts to his aging father, a seemingly no-nonsense man. But after Major Stevenson’s death, Meade found a note written by him that read: “The ghosts are here. Don’t be afraid.”

Meade seemed to take his father’s words to heart. He hosted many parties and charity events at Baleroy and shared ghost stories with rapt attendees. His tales about the mansion’s spirit world have been dramatized on the TV show “Sightings” and are listed in the National Directory of Haunted Places.

Among them is the story associated with Baleroy’s most infamous antique, the cursed chair. The 200-year-old blue chair sat in the Blue Room, and legend has it that guests who were invited to sit in it by a ghostly spirit named Amanda died soon after. Deaths associated with the chair include Easby’s housekeeper, Catherine Scullen, and Paul Kimmons, the curator at Baleroy, who died of heart failure two weeks after sitting in the chair. Kimmons told several people that he was being followed by the ghost of Amanda in the two weeks leading up to his death.

Meade invited famed psychic Judith Richardson to Baleroy. Thirteen chairs were arranged in a semi-circle for a séance in the Blue Room. Those in attendance were asked to sit with their feet flat on the floor, palms upwards. The lights were put out, except for a small candle on the table in front of Richardson, who channeled multiple ghosts for almost three hours. Richardson saw a vision of Amanda, and sensed a disturbing presence in the cellar beneath the Blue Room.Years later, a different psychic advised the current owner of the house “to sage the left corner of your basement immediately”[to cleanse the area of evil spirits].  But the new owners did not descend into the cellar to confront whatever or whoever might lurk there.

The current residents of Baleroy show a love for the history of the house and are respectful of the ghosts and the spirit of Meade, who died in 2005. The couple’s sons have grown up there and never showed any concern or fear about the house. They throw a lot of parties – especially around Halloween.

“We inherited a house that’s expected to have parties. So we try to have parties as much as we can,” said one of the current owners, who preferred not to give her name.

They also inherited many artifacts left by Meade including books, photographs, ephemera, and a Ouija board they found in the attic.