When the pandemic first hit in early 2020, The Frosted Fox Cake Shop followed the city’s mandate and closed its doors – but by June, they were back in business. 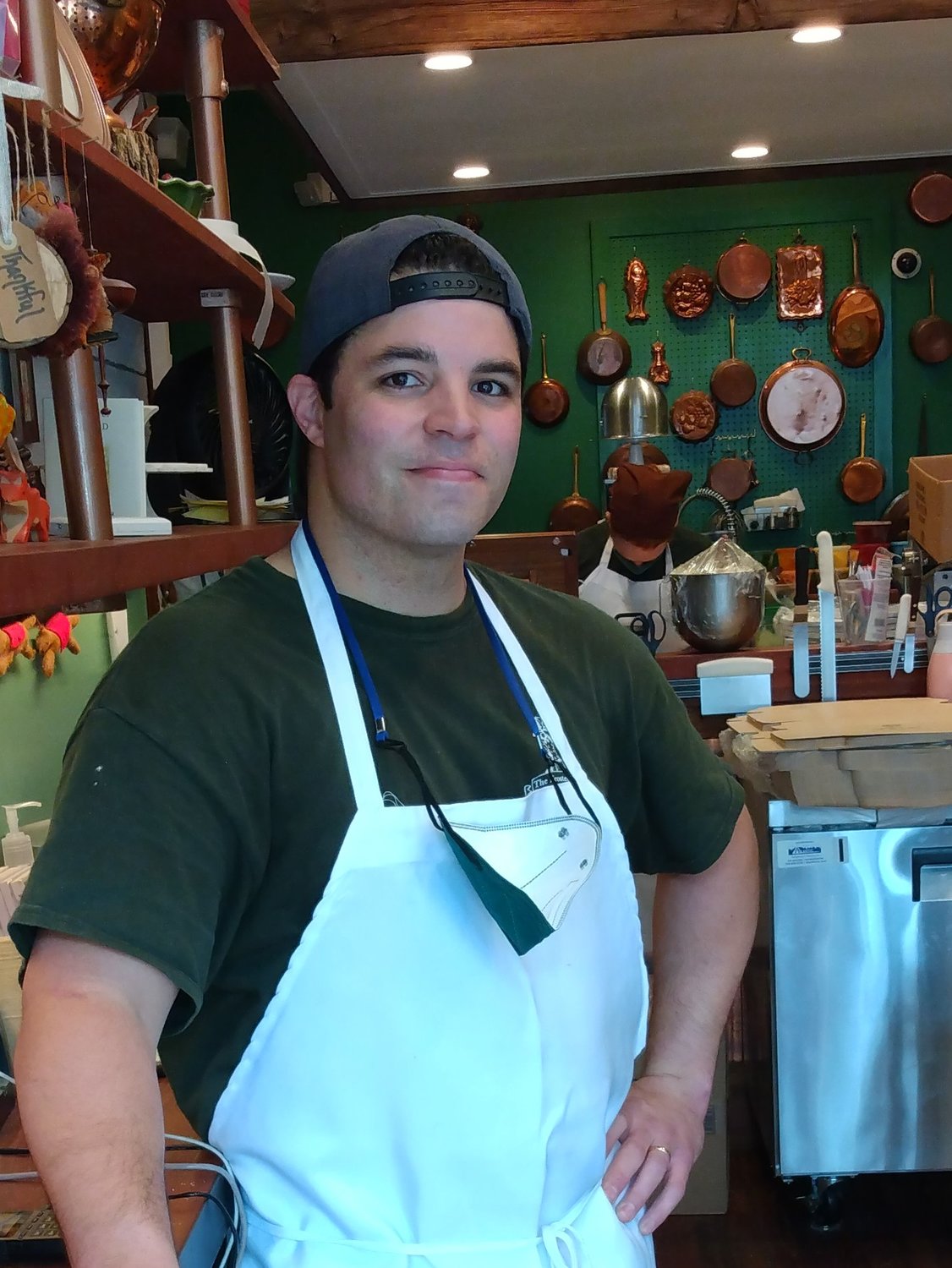 Sean Williams co-owns the bakery with his wife, Jennifer Low. 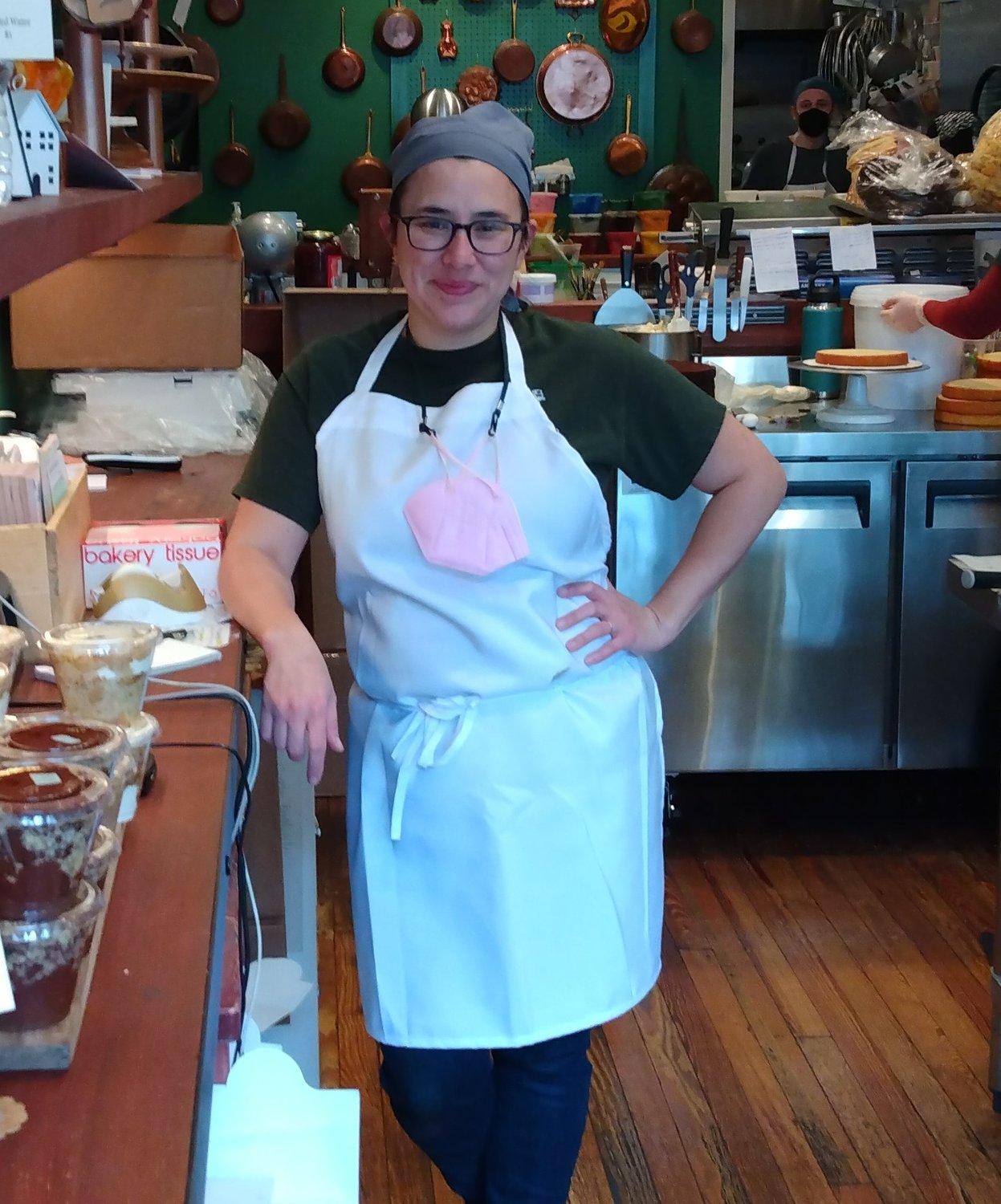 The Frosted Fox co-owner Jennifer Low is adept at creating unique designs for her cake creations. 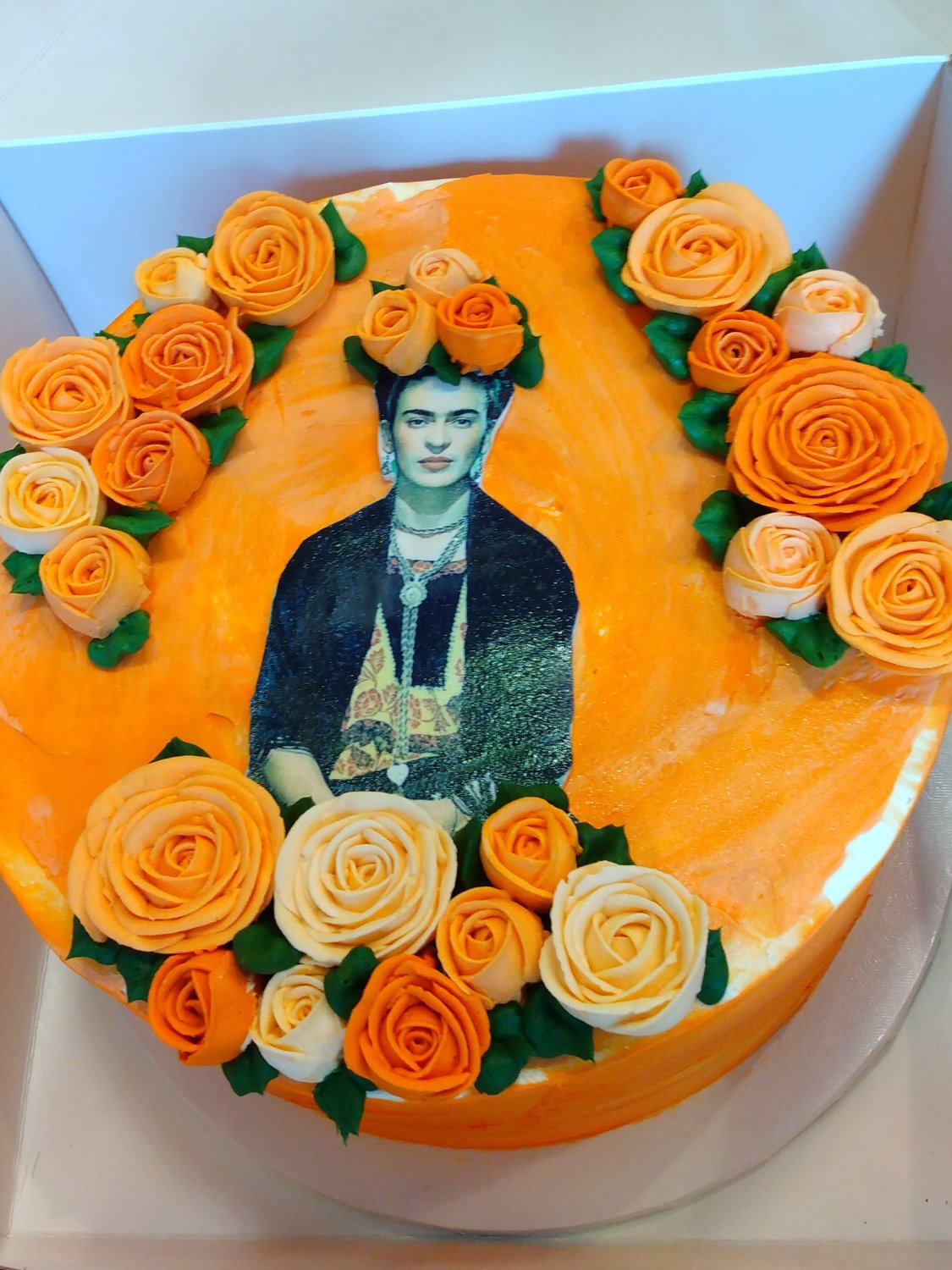 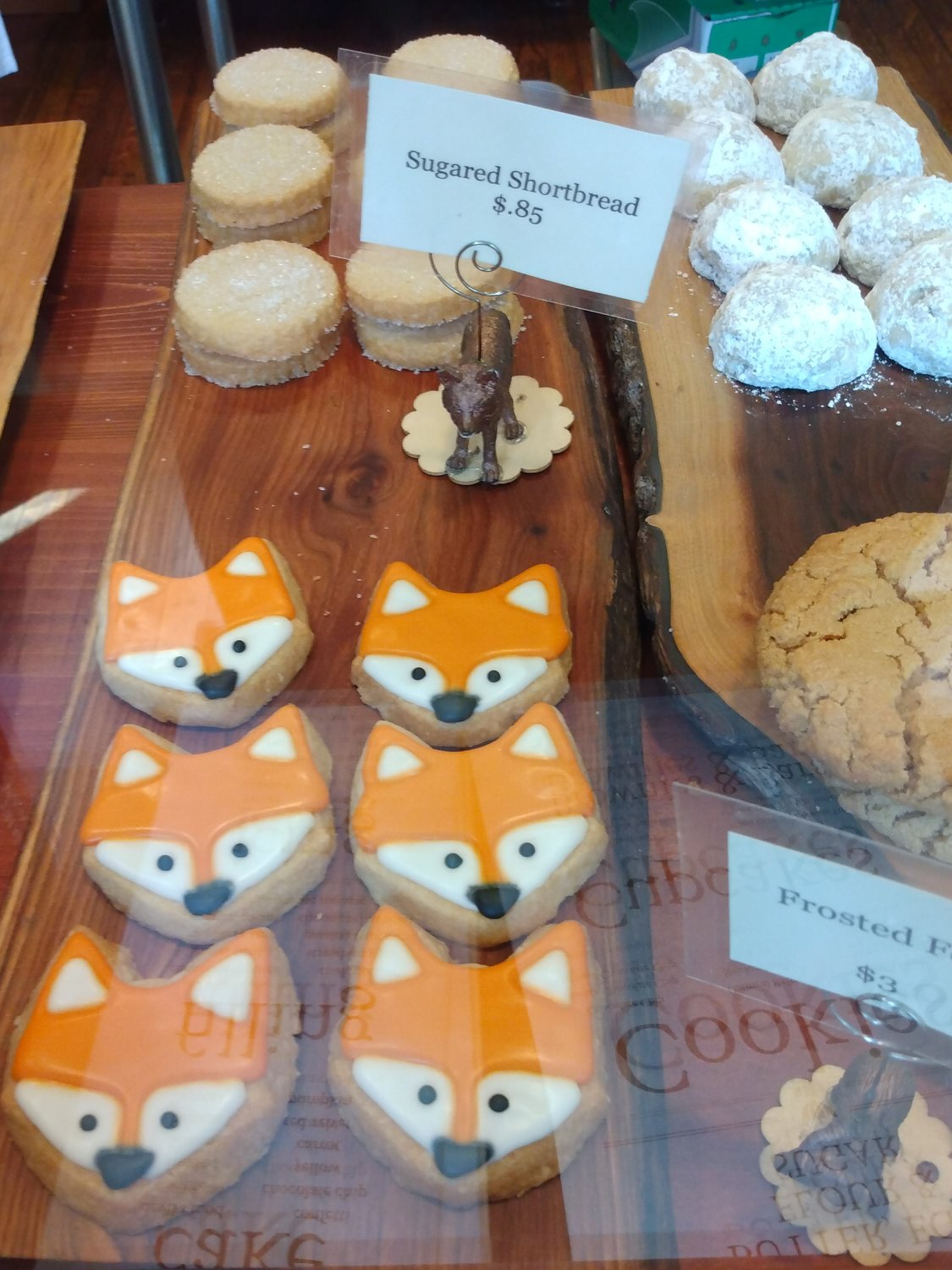 Cookies that represent the inspiration for the bakery's name are a popular item.
Previous Next
Posted Thursday, November 24, 2022 12:00 am
by Stacia Friedman

When the pandemic first hit in early 2020, The Frosted Fox Cake Shop followed the city’s mandate and closed its doors – a circumstance that lasted for a few months.

By June, however, they were back in business.

“We reopened with sidewalk service for almost a year and a half,” said Jennifer Low, the bakery’s co-owner. “During that time, people were having fewer gatherings but wanted more elaborate small cakes for children’s birthdays, which is one of our specialties.”

Meeting that new kind of demand, a move born of necessity, has recast the business’ future. Their post-pandemic “normal” has led to a  reconfigured artisan bakery, an increase in staff and a surge in demand for one of the area’s most popular wedding cake designers.

“We’ve been very lucky to have worked with a lot of wonderful venues such as Pennsylvania Academy of the Fine Arts, Valley Green Inn and Awbury Arboretum,” Low said. “For wedding cakes, people come from Doylestown, Media and Center City.”

The story of the Frosted Fox, which opened in 2015, actually began several years earlier when Low first met Sean Williams on the first day of classes at the Culinary Institute of America. They fell in love while perfecting their baking skills and, after marrying in 2010, they moved to Germantown, just a few blocks away from where Low had grown up.

They decided to open their own shop, and name it after the smart, quick, adorable critter who had been an important motif in their lives. Their choice of location  – 6511 Germantown Ave. between Hortter and Upsal streets – proved to be a good one. The neighborhood was being discovered by young professionals, and not long after they opened, luxury apartment buildings and upscale cafes began springing up around them.

“We love our location and keeping things smaller helped us weather the last few years,” said Low, who is the chief cake decorator as well as business manager, accountant and social media guru. Williams handles the front of the shop, taking orders and making deliveries.

Given all the fine bakeries along Germantown Avenue, one has to ask: How has the Frosted Fox, seemingly out of nowhere, come to be recommended by exclusive wedding venues and top caterers?

The answer lies in Low’s design sensibilities and taste buds. Rather than using the standard two-layer cake as the basis for her designs, she starts with four-layers. The result is as elegant as a top hat, whether applied to a single party cake or a wedding cake for one hundred.

“It’s an aesthetic we like,” Low said. “We also do a six- or an eight-layer cake and, for our tier cakes, each tier is five inches tall.”

Low’s preference for using buttercream icing over fondant, a sugar dough that gives a cake a super smooth appearance, is another way her designs are unique. While fondant allows for more sculptural, pliable designs, it is not as delicious as butter cream. However, Low is happy to use fondant to create cakes that resemble everything from a SEPTA Bus to the Liberty Bell.

The most popular of the 12 cakes they offer are the devil’s food and carrot cakes, Low said. Among their nine available fillings are passion fruit curd filling and spiced chai mousse, and their nine icings include Nutella buttercream. Couples who are planning weddings can choose from almost 1,000 possible combinations.

Their iced butter cookies, in the image of a fox, are also big sellers. And, yes, if you want fondant, it’s available in sweeter, more palatable versions than usual.

Want a taste of everything? Grab a Frosted Fox Scrapple Cup filled with pieces of cake and assorted icings - and no trace of that Pennsylvania Dutch breakfast delicacy. These days, cake tastings are not done inside the shop but are available in a to-go sampler.

“Our production team took over our retail space and redesigned it to allow more room for our expanded staff,” Low said. This means that when you enter you can no longer walk past the display case, but you have a great view of an open, busy kitchen, as if watching an exciting episode of “The Great British Baking Show.”