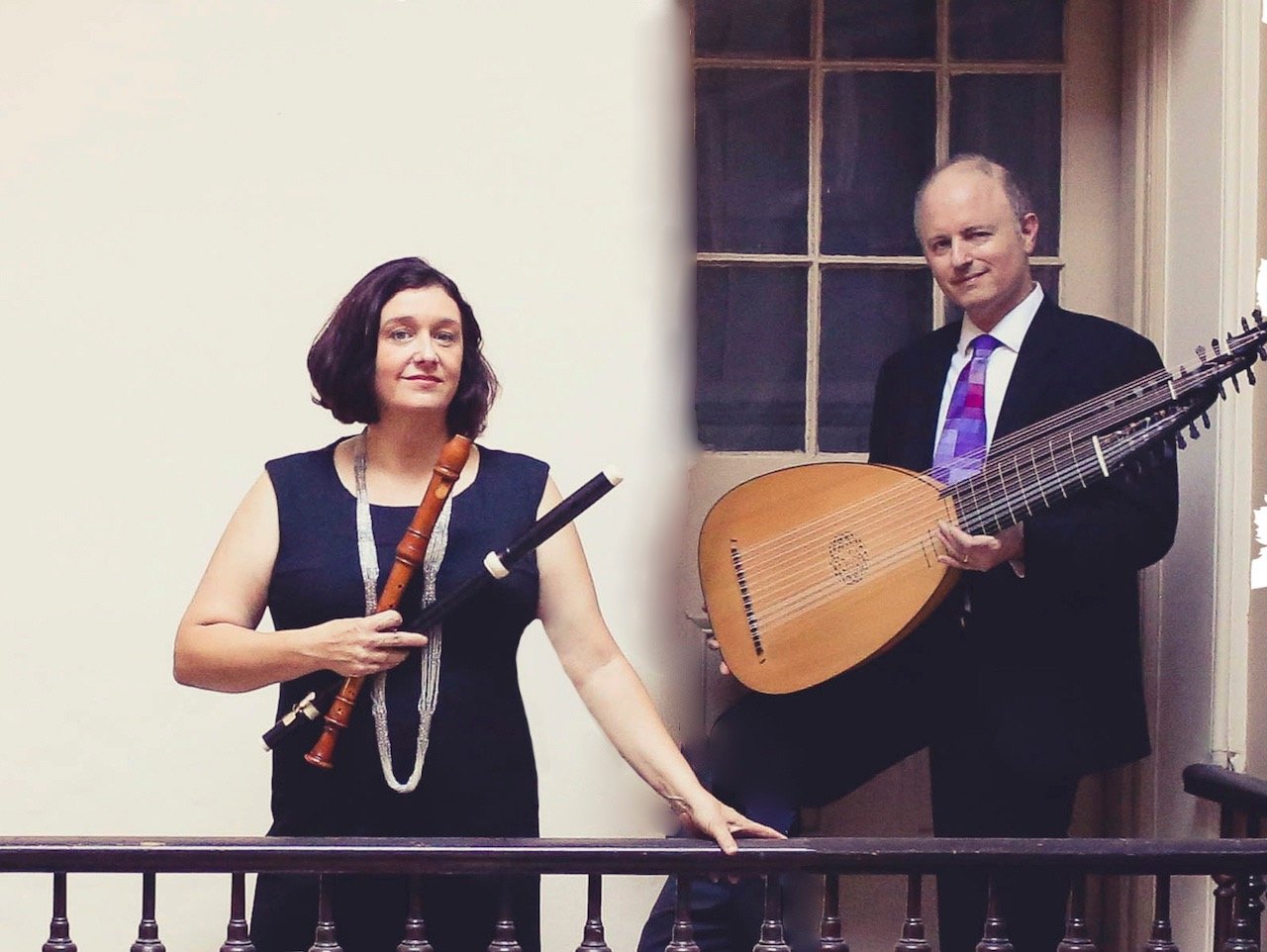 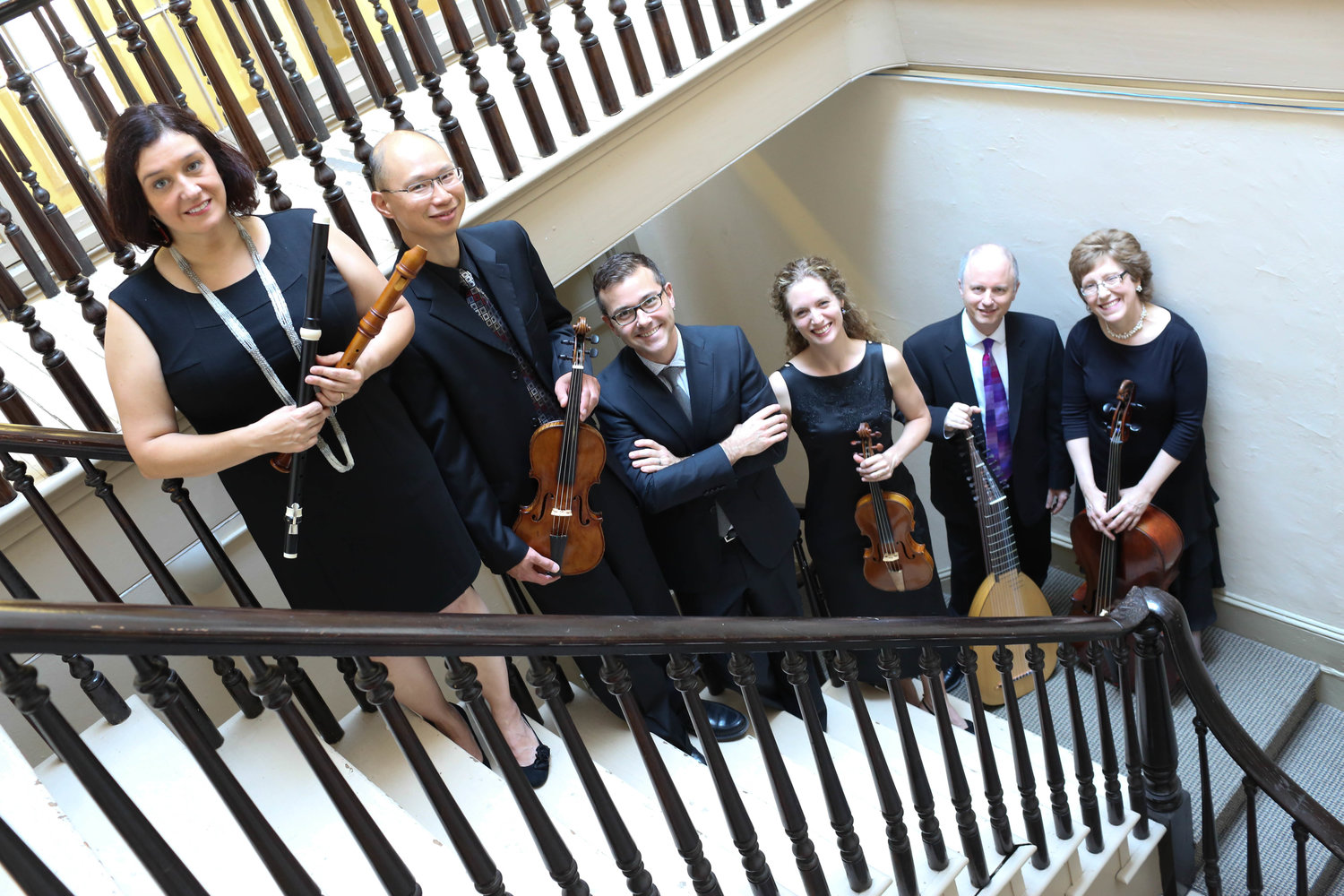 Tempesta di Mare, Philadelphia Baroque Orchestra, returns to Chestnut Hill with a duo recital at 5 p.m., Saturday, Feb. 26, in Woodmere Art Museum. The performance, entitled “Season XX: Founders’ Choice,” features Gwyn Roberts (flute & recorder) and Richard Stone (lute & theorbo), the co-founders of the title and current co-directors of the internationally acclaimed ensemble. The recital will be repeated at 3 p.m., Sunday, Feb. 27, at the Museum of the American Revolution in Old City Philadelphia.

The program’s scores include two of special interest. Richard Stone has played a major part in rescuing the music of J.F. Fasch from utter obscurity. Most of his scores were destroyed during the bombing raids in Germany as the Allies struggled to defeat the Nazis. Having to base his work on incomplete fragments of manuscripts has been a daunting project, yet Stone has managed to bring to light some of the Baroque era’s most beguiling scores.

The other work that piques my interest is that composed by de la Guerre. Women composers comprise only a very small percentage of the music written during the 17th & 18th centuries that has survived the passage of the centuries. I, for one, can hardly wait to hear it performed.

Tempesta’s esteemed harpsichordist Adam Pearl will present a recital program entitled “The French Harpsichord” at 5 p.m., Saturday, April 9, in Woodmere. He will be heard (once again!) in music by de la Guerre, Jacques Duphly, Louis Couperin and Claude-Benigne Balbastre.

PIFFARO PAYS A VISIT TO AUSTRIA

The program’s guest artist will be organist Matthew Glandorf, the artistic director of Choral Arts Philadelphia & The Bach Festival of Philadelphia. He is also the music director of the Episcopal Church of the Good Shepherd, Rosemont, one of the traditionally “high church” parishes in the Episcopal Diocese of Pennsylvania. Glandorf is also a renowned master of improvisation. His talents in this field will be wonderfully appreciated on the splendid Mander classical pipe organ at Chestnut Hill Presbyterian Church.

Austrian cities and towns resounded with music in the 16th century. “I’ve played a lot of German programs that had a smattering of music by Austrian composers,” explained band member Priscilla Herreid, who curated the concert program. “I was always captivated and intrigued, and I wondered what a deep dive (into the Austrian repertoire) might look like. Many of the composers (in this program) are off the beaten path, even for a group like Piffaro, but their music is really good.”

Herried is set to succeed Joan Kimball and Robert Wiemken at the end of the current concert season when they plan to retire from the artistic directorship. Her program is a survey of musical life in Austria, arranged for the recorders, shawms, dulcians, sackbuts, and other Renaissance wind instruments Piffaro plays.

A portrayal of musical life in Austria during this period would be incomplete without acknowledging Paul Hofhaimer, “First Organist to the Emperor.” He followed the emperor’s court from Augsburg to Vienna to Innsbruck, and even into military campaigns, and was celebrated for his skill at improvisation.

During the 16th century, the imperial Austrian domains were ruled over by the ancient Habsburg dynasty in Vienna that had become the hereditary Holy Roman Emperors. The title dates all the way back to Charlemagne’s crowning on Christmas Day in Rome by Pope Leo III. Those domains included not just the contemporary country of Austria, but also Hungary, parts of Romania and Bulgaria, the Czech Republic, Slovakia, and many of the smaller Balkan nations along the Adriatic Sea approaching the Ottoman Turkish Empire centered in the ancient city of Constantinople, now styled Istanbul.

The Fairmount String Quartet will be in concert at 7:30 p.m., Saturday, Feb. 26, at the Episcopal Church of St. Martin-in-the-Fields, Chestnut Hill. They will perform Franz Joseph Haydn’s String Quartet, Opus 20, No. 2; Sergei Prokofiev’s String Quartet No. 1, Opus 50; and Samuel Coleridge-Taylor’s Fantasie-Stucke. For more information visit www.fairmountstrings.com.

You can contact NOTEWORTHY at Michael-caruso@comcast.net. To read more of NOTEWORTHY, visit www.chestnutnuthilllocal.com.