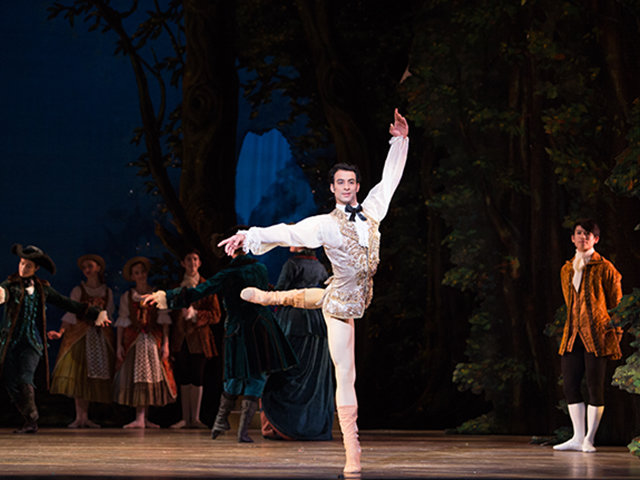 Dunnewald got the musical ball rolling Sunday with a well thought-out, expertly executed rendition of a movement from Hindemith’s Organ Sonata No. 1. His choice of registrations efficaciously projected the composer’s penchant for intervals of the perfect fourth, and he beautifully balanced reed stops that virtually quacked against delicate flutes and transparent strings.

The Evensong’s principal choral works were the traditional “Magnificat” and “Nunc Dimittis” movements from Sowerby’s Evening Service in E minor. The angularity of the opening theme in the former struck a familiar chord with the Hindemith while the sweetness of the lyricism and harmonies of the latter set a mood of reflective and autumnal serenity.

Fritsch-Hemenway elicited forthright singing from his choir in the “Magnificat” and pastel timbres in the “Nunc Dimittis.” Conte’s setting of “The Prayer of Saint Teresa,” sung as the anthem at the Offertory, offers shifting minor modes that evoke a fleeting moment of soothing peace that was the hallmark of the Saint’s life and legacy. Fritsch-Hemenway drew out singing from his choristers that was superb for its clarity of texture, evenness of counterpoint and eloquence of phrasing.

Fritsch-Hemenway brought the Evensong to a close with an evocatively registered reading of Alain’s spectral “Deuxieme Fantasie” – utterly perfect for the weeks leading up to Halloween. St. Paul’s Church will host its first “Five Fridays” of the season Oct. 20 at 7:30 p.m. The series raises money for local charities that help the homeless and unemployed. Visit www.FiveFridays.org.

The Pennsylvania Ballet opened its 2017-18 season with performances of “The Sleeping Beauty” Oct. 12-22 in the beautiful and historic Academy of Music. Like its Victorian surroundings, the Ballet’s production matches the sumptuous beauty of Tchaikovsky’s score with sets, costumes and dancing that define the romance of classical ballet attuned to modern audiences.

Yet its beauties are undeniable, both regarding its score and its original choreography by Marius Petipa and Lev Ivanov. Although Tchaikovsky’s Fourth, Fifth and Sixth Symphonies prove beyond any doubt that the Russian was indeed a master of symphonic form, he nonetheless was at his best when writing for the dance.

By basing his updated version on the classic choreography of Petipa & Ivanov, artistic director Angel Corella has shown his own artistry and the strength of his company. His choreography concisely tells the story of an enraged sorceress placing a curse on an infant princess only to be broken by the kiss of a true prince.

Friday evening’s performance featured Mayara Pineiro as Princess Aurora, Arian Molina Soca as Prince Desire and Dayesi Torriente as the Lilac Fairy. Pineiro’s dancing displayed a lighter-than-air yet stronger-than-steel technique that enabled her to project the vulnerability of a character cursed by an evil sorceress through dancing of shimmering rhythmic precision.

Molina Soca fully yet unaffectedly employed classic ballet mime to delineate a fearless princely personality alongside breathtaking and flawlessly extended leaps and turns that added virility to his aristocratic bearing. He and Pineiro made a riveting couple.

The role of the Lilac Fairy is often overlooked in “Sleeping Beauty” – that is, however, unless the role is danced by Dayesi Torriente. Her performance Friday evening for an audience that packed the Academy of Music displayed the astute timing of a commanding general sheathed by clarity of line and exquisite point work. She led a full ensemble whose dancing was remarkable for it tight-knit cohesion.

As part of its ongoing celebration of the centenary of the birth of Leonard Bernstein, music director Yannick Nezet-Seguin and the Philadelphia Orchestra performed “West Side Story” in concert Oct. 12-15 in the Kimmel Center’s Verizon Hall. In 1939, Bernstein studied at Philadelphia’s Curtis Institute of Music. He worked with Fritz Reiner in conducting, Randall Thompson in orchestration and Isabella Vengerova in piano.

“West Side Story” opened on Broadway in 1957 and ran for 732 performances before the production began a national tour. Loosely based on William Shakespeare’s tragedy, “Romeo and Juliet,” the musical boasts, alongside Bernstein’s score, a book by Arthur Laurents, lyrics by Stephen Sondheim (in his Broadway debut) and both choreography and direction by Jerome Robbins, who won a Tony Award for his choreography.

Although Bernstein’s score is now considered one of the finest examples of the Broadway musical genre, the show did not win the Tony Award for best musical in 1957. The winner that year was Meredith Willson’s sugary “The Music Man,” perhaps because the story of “West Side Story” was considered too provocative for the ever-important commercial success.

Laurents’ book pointed to the frightening increase in gang-related violence in Manhattan (specifically where Lincoln Center was eventually built) in the years immediately following World War II. The combatants were mostly the newly arrived Puerto Ricans and the established white ethnic communities that confronted them. Like “Romeo and Juliet,” “West Side Story” tells a tale of family and ethnic hatred and its unavoidable violence spiraling out of control until even the least violent members of the community are cut down.

Although Bernstein’s score is a masterpiece, it was never meant to carry the entire narrative load without the involvement of Robbins’ direction and choreography. While no one would challenge Nezet-Seguin’s stylish feel for the music and his ability to bring the Philadelphians and his singers along with him, no concert performance of “West Side Story” will ever be sufficient for those of us who have seen it on Broadway.

It would also seem that the more things change, the more they stay the same. As was the case in the 1950s, it may be more helpful to the civility of our social discourse to pay closer attention to creative artists than to divisive politicians.