Summer almost here; learn to speak the language of sports

Author Marnie Schneider, founder of the Keep on Playing Foundation, is seen with her green boyfriend. Her grandfather, Leonard Tose, owned the Philadelphia Eagles from 1969 to 1985. by Marnie …

Summer almost here; learn to speak the language of sports 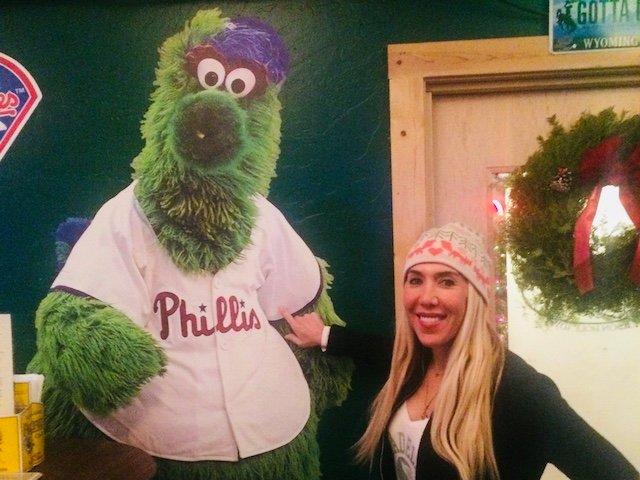 Author Marnie Schneider, founder of the Keep on Playing Foundation, is seen with her green boyfriend. Her grandfather, Leonard Tose, owned the Philadelphia Eagles from 1969 to 1985.

It's almost summer, and who doesn't recall his/her first summer romance? I can vividly remember my first summer crush — super cute, bright-eyed, funny and charming. We met at the ballpark, and it was love at first sight. It didn't matter that we didn't say much or that he was a different color; what mattered was that we spoke the same language, the official language of summer — Baseball!

There are five defined Romance languages: Spanish, Portuguese, French, Italian and Catalan, and yet, one language is missing, maybe the most romantic and universal of all the languages, SPORTS!

I can speak a little Spanish and understand some Italian and French. I've been able to conjugate verbs in Latin, and yet the one language I speak everyday with my kids, and let’s face it, anyone who’ll listen, is sports! I apologize if I'm preachy here. I simply have seen the results, and like my grandfather would always say, "Information is currency, so learn everything, listen up and be prepared, and if you're not prepared, don't show up!"

Recently during a routine family dinner, my high school junior began quizzing me with his usual sports trivia questions, and I was failing. I was trying to keep my composure and quickly realized I was on the verge of losing my "card-carrying sports speaker" card.

So, it is summer-speaking sports school for me! Learning, or as in my own case, re-learning, is tough. Actually learning anything is tricky and requires relentless patience, discipline and drive to get results, and let's face it, we all crave results. The beauty of learning the language of sports is that you have so many teachers available. To simplify the equation, I've broken it down into three types of tutors out there:

Whether a refresher course or a full-on education, there are gigantic benefits when you can say, “ Did you see the game last night? That was amazing!” With conversation like that, the office is gonna need a bigger water cooler, and we all know that it's healthy to drink at least eight glasses of water a day.

Now, when it comes to summer romance, the best activity leads off with three little words, "I've Got Tickets!" To a sports fan, this mantra is the really romantic version of "I love you so much I want to sit next to you in a stadium while you scream, chant, sweat, jump around and fully let go for a few hours. We are in this together because we speak the same language, the language of love, the missing sixth Romance language, SPORTS!”

Speaking of summer love, as a young girl, with a working mother whose office was in the same facility where baseball was played, I spent my summer days with my crush, eating hot dogs, peanuts, Cracker Jacks, laughing like crazy, wearing matching jerseys and cheering for the Phillies. Never mind that my boyfriend was a huge, furry, green creature, known for mocking other team’s players and managers and sometimes even picking fights.

I loved him; we all did and still do, the best mascot in all of sports — the Philly Phanatic! I still proudly wear the t-shirt he gave me; yes, he was a real crush, the best kind because he ignited a love in me that never gets old.

Ed. note: Marnie, who grew up in our area, is the founder of the Keep on Playing Foundation and the author of “Football Freddie & Fumble the Dog: Game Day in Philadelphia.” Her grandfather, Leonard Tose, owned the Philadelphia Eagles from 1969 to 1985.