Elizabeth Moxey by Pete Mazzaccaro Elizabeth Moxey crossed Stenton Avenue at Evergreen on her way back to her East Highland Avenue home on the afternoon of Saturday, May 11, when a car traveling … 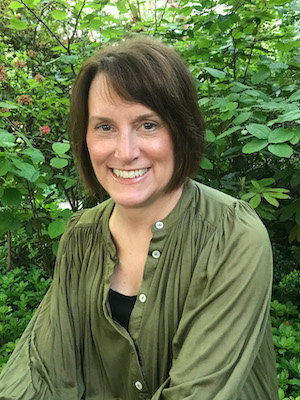 Elizabeth Moxey crossed Stenton Avenue at Evergreen on her way back to her East Highland Avenue home on the afternoon of Saturday, May 11, when a car traveling north. blew through a red light and struck her.

The registered nurse was lucky. She recalls jumping out of the way of the car and avoided the worst. She was clipped in the arm by the car’s side-view mirror.

“I’m lucky – I don’t trust cars at that intersection, so I was aware it wasn’t stopping,” Moxey said. “I remember getting hit but not falling down.”

Moxey recalls several eyewitnesses stopping to make sure she was OK. The driver of the car, a man with a Delaware driver’s license and plates, also stopped. One of the witnesses called 911 at approximately 1:28 p.m. – within three minutes of the accident.

The call, Moxey said, went to Philadelphia police, but by the time she was being driven to Chestnut Hill Hospital in an ambulance, police had not arrived. Nor did they make it to the hospital to interview her after she had checked out with a contusion to her right arm.

To that end, Moxey has filed a complaint about the response time. She said a sergeant from the 14th District visited her last week and expressed sympathy. She says he told her that resources are lacking and that 14th District police would like to be able to do more.

Philadelphia Police spokesperson Tanya Little told the Local that Moxey’s call caused some confusion because of it took place on the county line. That stretch of Stenton Avenue is a jurisdictional boundary between Philadelphia and Springfield Township that runs down the center line.

Because the accident appeared to take place on the Springfield side, Little said, it should have been Springfield dispatched. While Philadelphia police got the call, Little said the circumstances of the accident – that it didn’t appear to involve any serious injury – meant it was not high on Philadelphia police’s priority list. She said police rely on information from medics who did arrive at the scene quickly in Moxey’s case.

“We have a limited number of officers in the district,” Little said. “We understand that every accident is important, but there are priorities.”

Little said that for any accident that takes place, on Stenton or elsewhere that doesn’t involve serious injuries, drivers should exchange information and file a report with police after the fact.

Moxey’s case has been picked up by Springfield Township police, but the fact that the police have been left to investigate the accident after the fact means that they have no names of witnesses to the accident. They do have the driver, who left a phone number and was cooperative with police. Without witnesses, Moxey notes, the circumstances come down to her word against the driver’s.

Moxey said she is not interested in suing the driver but wants to make sure that police don’t leave the next pedestrian struck by a car left without the means to take an official account. And she wants to be sure there are consequences for drivers who run a red light.

“He could have easily killed me,” Moxey said. “I would have been like a bug on his windshield.” 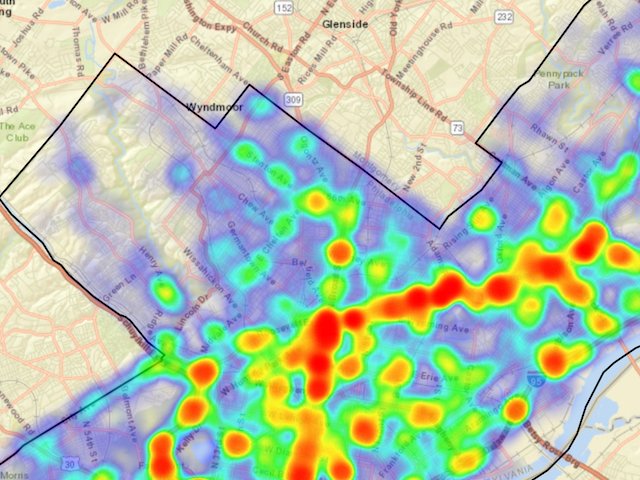 A heat map illustration by Philly.com shows that the northwest corner shows it is not terribly dangerous by city standards. The main red arteries here are centered around Route 1, running east to west, and Broad Street, north to south. Still, Stenton Avenue was the scene of 155 accidents between 2011 and 2017.

While the stretch of Stenton Avenue that runs between Chestnut Hill and Wyndmoor from Ivy Hill Road to Bethlehem Pike is not nearly as dangerous as many other roadways in the city, it is the most dangerous in Chestnut Hill.

According to PennDOT data, there were 155 accidents on Stenton Avenue between 2011 and 2017. It represents about 1.3 percent of the more than 11,000 crashes documented by PennDOT over that period.

A PennDOT spokesperson told the Local that figures for 2018 will not be available until August this year.

Two people died in those 155 accidents. An 86-year-old passenger was killed in a car crash at Gravers Lane and Stenton in May of 2015. A 39-year-old pedestrian was killed crossing Stenton near Newton Street in February of 2016.

Among the rest of those accidents, five pedestrians and two cyclists were struck by cars. The age range of those struck runs from 9 to 98.

The intersection of Stenton and Paper Mill Road is the most the most dangerous scene of accidents with 37 over the same period, none however, were fatal and only one involved a pedestrian who did not report any major injuries.

We’re interested in hearing from people who have been in accidents on Stenton Avenue, pedestrian or otherwise. Pete Mazzaccaro can be contacted at 215-248-8802 or pete@chestnuthilllocal.com

BenePhilly helps city residents get the services, aid they need