Chestnut Hill’s foot traffic could improve, but much is going right according to Chestnut Hill Business District’s Kathie Meadows.[/caption] by Diane Fiske Chestnut Hill is a popular spot for … 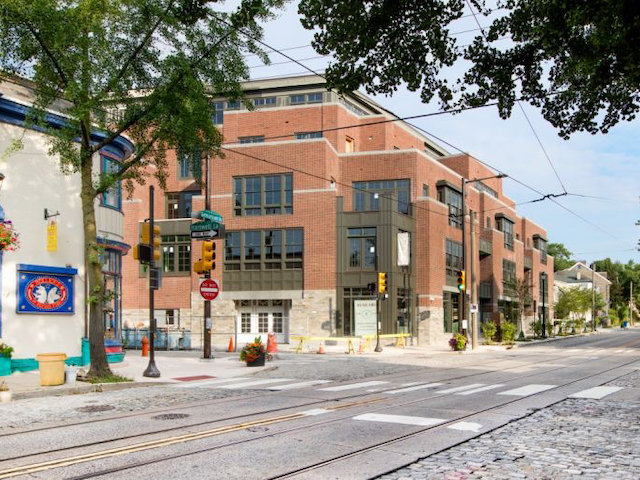 Chestnut Hill’s foot traffic could improve, but much is going right according to Chestnut Hill Business District’s Kathie Meadows.[/caption]

Chestnut Hill is a popular spot for visitors and locals who like coming to one of the few walkable communities in the area to stroll along the Belgian-blocked Germantown Avenue shopping district.

According to the popular myths, however, Chestnut Hill suffers from a lack of foot traffic and a poor retail mix. Many shoppers and shop keepers interviewed on Germantown Avenue, wondered why Chestnut Hill has eight banks, five hair salons, four antique shops, four art galleries, and four large real estate companies and none of the businesses that used to be here.

None of the people interviewed, who also declined to disclose their names, were able to identify the forces at work behind their perceptions.

According to Kathie Meadows, director of business development for the Chestnut Hill Business Improvement District who was interviewed by phone, those sentiments – that the Hill suffers a lack of foot traffic and business diversity – are untrue. She said the big retail stores, in general, are not in Chestnut Hill because they want to be located elsewhere where they have more customers.

“The Gaps, Crews and Talbots have found the type of customers that shop in their stores come to Market Street or the big malls like King of Prussia,” she said. She said market research is now much more precise than it ever was.

She has recruited stores that have come to the area from other areas, including Serendipity and ElleLauri. Most of these are independent stores with locations in other areas.

“Some of the high-end stores here do the major part of their business on weekends,” she said.

That still does not explain what happened to the sewing materials shop, the shoe store and other small businesses, including the Chestnut Hill Pharmacy, which went out of business last year.

Meadows said some of the older stores went out of business because customers buy many if their materials online or in larger stores or, as in the case of the camera store, their function has been largely replaced by smart phones taking photos.

The small pharmacy, she said, was much loved but it could not compete with the large CVS at the bottom of the Hill or the Rite Aid in the east retail district.

“The large stores offer coupons and other advantages that the small stores cannot compete with,” she said.

She added that the competition with the large chain stores is another reason many small stores hesitate to open in neighborhoods where they have to compete with chain stores.

It is Meadows’ opinion that many of the small independent stores, in Chestnut Hill draw customers who are attracted by the unique quality of their merchandise.

“Customers often come from other communities on weekends and are drawn by the stores or combination of stores,” she said. “For instance, Sara Campbell likes to be located near a McLaughlin store.”

“There are few businesses that will sign a 10-year lease other than real estate offices,” Meadows said. “Property owners are happy to have them. The same is true for banks. They like a long lease term of 10 years or more and they want to be in an affluent community.”

This backed up a comment from an independent store owner who complained that there is not enough traffic in the business area to support her retail business.

“I think there are so many real estate businesses here because they are the only ones who can afford to keep their offices here,” she said.

Meadows feels that things in Chestnut Hill could be better if stores would increase their hours and remain open from 11 am to 7 p.m. Currently the stores are open for business from 10 to 5 pm during most business days.

“We could do much better if the stores were open later,” she said. “Many people don’t get out of work until 5 p.m. and they cannot get here before stores close.”

Still, she said, judging by historic patterns, some people predict another downturn, in the next few years here and everywhere.

“Things are going pretty well right now – it would not be a major recession like the one in 2008, but possibly a bump in the road,” she said.

Diane Fiske writes about planning and architecture for the Inquirer and is a regular contributor to the Local.