She's seeing the beauty in everything, even melancholy

She's seeing the beauty in everything, even melancholy 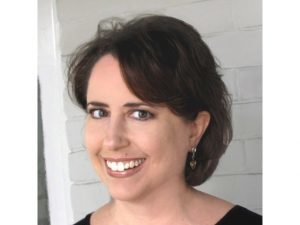 Sarah Ruhl's “Melancholy Play,” which is currently being staged by Old Academy Players, 3544 Indian Queen Lane in East Falls, through Jan. 29, follows the adventures of a charming lady named Tilly whose melancholy may be objectionable to her employer but is  oddly attractive to those around her. In fact, according to Jane Jennings, the show's director, Tilly finds herself surrounded by quirky friends and lovers who have fallen under its spell.

“Ruhl calls her play a 'contemporary farce,'” Jennings said. “Well, it is a comedy, off-the-wall and quirky, but it has serious themes to it as well. For example, after Tilly loses her melancholy and suddenly turns happy, all the people who have loved her turn away. And so Ruhl's poetic writing in this poignant comedy discusses both the beauty and the sadness of life.”

Jennings, 58, is multi-talented and enjoys many aspects of theater production. Her directorial credits include “Vanya and Sonia and Marsha and Spike,” “Blank Pages,” “The Second Thanksgiving” and more. Recent acting credits include “He Said, She Said,” “Ten Chimneys” and “Pride and Prejudice.” She also has several costuming and set design credits.

When she is directing, she has a say as to what productions will be presented. “I had read quite a few of Ruhl's plays and chose this one because it had no technical difficulties that would make it difficult to produce here. I also saw it a few years ago and was drawn to it.”

Of course, as with any production there are challenges to overcome. “With this play, the number one challenge is finding the right tone to make it work because to others it might seem to make no sense and be totally bizarre. So I have to make sure to bring the audience into Tilly's world, giving it a style to make you believe you're in this strange world with us.”

Jennings' background is in classical singing and opera. She trained at the College Conservatory of Music, University of Cincinnati, and The Academy of Vocal Arts in Philadelphia. She sang locally with the Opera Company of Philadelphia, Pennsylvania Opera Theater and The Philadelphia Singers. When not involved with various productions or appearing on stage herself, she teaches piano and voice at Friends Central School and privately.

“Actually, I love everything I do, every involvement I have in the theater,” Jennings said. “Right now I particularly love directing this play and the messages it conveys. For instance, one message is about friendship and not being judgmental about people and their quirky qualities. And as for Tilly, the message is to see the beauty in everything. That's one of her major traits as a character and the reason people fall in love with her,” Jennings concludes.

For more information and tickets, call 215-843-1109 or visit www.oldacademyplayers.org