Mark Forstater, 69, who grew up in Mt. Airy and graduated from Central High and Temple University, won a judgment last Friday in a London courtroom against his famous former Monty Python colleagues … 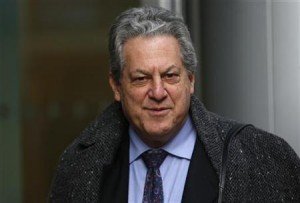 Mark Forstater, 69, who grew up in Mt. Airy and graduated from Central High and Temple University, won a judgment last Friday in a London courtroom against his famous former Monty Python colleagues based on revenue he said he was owed from the Broadway musical hit, “Spamalot.”[/caption]

When I attended Central High School in what now seems like the Middle Ages, my best friend there was Art Forstater, who sat next to me in quite a few classes. Art, who grew up in Mt. Airy and still lives in a different part of Mt. Airy, was the high scorer on Central's basketball team and won a basketball scholarship to Lebanon Valley College, where he wound up as the team's high scorer in his senior year.

Art's younger brother, Mark, who was a few years behind us at Central (216th graduating class), lived in the shadow of his older sibling's sports celebrity. As I recall, Mark was a charming guy, but I think even he would admit he was just an average student. (The two brothers lived with a third sibling, Paul, and their widowed mother, Dorothy, who worked at a downtown department store.)

Which only proves that you can never know how much potential a young person really has or what his/her future will be. Last Friday, after a lengthy legal battle, a judge in London, Alastair Norris, awarded Mark, now 69, a judgment of more than 200,000 pounds plus interest (approximately $330,000 in U.S. dollars) for royalties Forstater had claimed he was owed from the Broadway/London stage musical, “Spamalot.”

Late last Friday afternoon, after the judgment had been announced, Mark told me in an email, “After eight years of negotiations, mediation and finally a trial, I am pleased that the court upheld my share in 'Spamalot.' I am also sad that old friendships have been fractured by this dispute. I never wanted to go to court, but the offers I made to settle were never accepted, and so I had no choice.”

To put this court decision in its proper context, I have to go back to the mid-1960s when Mark studied at Temple University, City College of New York and the University of Manchester in England. He earned a B.A. at Temple and completed coursework for an M.A. in English Literature at Manchester. He has lived in London since the mid-'60s, and after attending the London Film School, he began making films in 1969.

While in London, by an extraordinary quirk of fate, Mark ran into Terry Gilliam, a Minnesota native who had been his friend and roommate at CCNY. Terry had also moved to England, where he was working as an animator and co-director on “Monty Python and the Holy Grail.” Thanks to Gilliam, Forstater was able to get a job working on the film, and by another remarkable development (too complicated to go into here), Mark wound up as the film's producer.

At the end of the film, his name appears prominently on the screen as “Producer” in the list of credits. (Last week Mark said, “Justice has prevailed, but there is sadness about having to face people in court who were my friends. Our friendship has gone. Terry {Gilliam} and I used to share a flat. We go back 51 years.”)

According to one British newspaper account of the trial last week, the judge said of Eric Idle: “He was frank enough to acknowledge that he now disliked Mr Forstater, but he expressed the hope that, in his evidence, he was being honest and that his dislike did not affect his honesty. I think he largely achieved that aim so far as conscious effort could take him. He undoubtedly regarded Mr Forstater as ungrateful.”

“Monty Python and the Holy Grail” was a 1975 British comedy film written and performed by the comedy group Monty Python — Graham Chapman, John Cleese, Terry Gilliam, Eric Idle, Terry Jones and Michael Palin — and directed by Gilliam and Jones. (Forstater insists he was the “seventh Python.”) It was conceived during the gap between the third and fourth series of their popular BBC television program, “Monty Python's Flying Circus," whose wacky, satirical brand of humor also developed a cult following when it was shown on public television in the U.S.

The film was a success on its initial release, and Idle used the film as the inspiration for the 2005 Tony Award-winning musical, “Spamalot.” Like the film, it is a highly irreverent parody of the Arthurian legend. 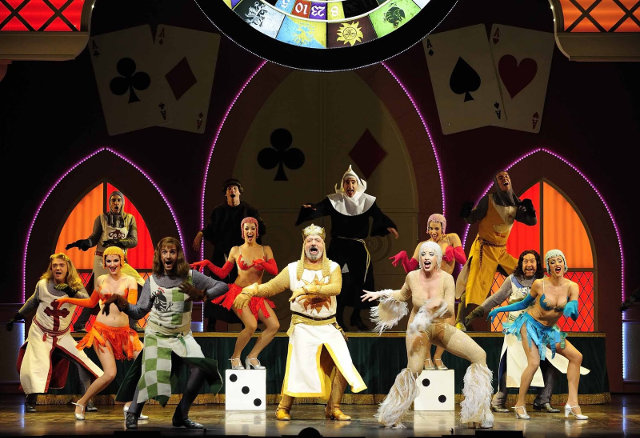 The original 2005 Broadway production of “Spamalot,” which was at the heart of Forstater’s lawsuit, was directed by Mike Nichols. It won three Tony Awards, including the Tony Award for Best Musical of the 2004–2005 season and received 14 Tony Award nominations. During its initial run of over 1,500 performances, it was seen by more than two million people. Touring versions of “Spamalot’ have been on stages around the world ever since then.[/caption]

I will never forget the day in 1975 when I got a call from Mark, who said “I'm back home. Would you like to meet the Monty Python guys? We are going to have a luncheon for the press at Frog restaurant (owned by long-time Chestnut Hill resident Steve Poses), and I'd love for you to be there.” (I was working for the Philadelphia Tribune at the time writing about movies, among other subjects.)

I was already a big Monty Python fan as a result of their public TV series, so of course I went to the luncheon, which was unforgettable. I had a great time exchanging bon mots with the Python gang, most of whom went on to greater success in movies and TV (for example, “A Fish Called Wanda,” a hilarious 1988 film with Cleese and Palin). My favorite Python at the luncheon was Graham Chapman, a tall (6-foot-2), craggy pipe smoker with a wicked sense of humor. (Chapman, who was also a medical doctor and was openly gay when almost no one had the courage to do so, died of spinal cancer in 1989 at the age of 48.)

In addition to the broken friendships, another unfortunate aspect of the trial is that Mark Forstater will undoubtedly always be remembered as the man who brought a lawsuit against the Monty Python gang. What will probably be strictly relegated to internet searches is the entire, extraordinary career Forstater has had as a film, TV, radio and audio producer as well as the author of six non-fiction books — something no one at Central High School could have predicted 55 years ago.

Mark’s interest in spiritual matters began in the early 1970s when he was introduced to the works of Confucius, Mencius, Lao Tzu and Chuang Tzu. He was immediately inspired by Chinese philosophy, in particular Taoism. He is a member of the British Taoist Association, a group which aims to bring the authentic teachings of Taoism to the West.

Mark said his self-cultivation practices include meditation, yoga and tai chi, as well as massage. He is currently researching a book on longevity, “The Age Of Anxiety.” Mark has been married twice (we knew his first wife, Suko, a Japanese war orphan who was brought to the U.S. and raised by the Pearl Buck Foundation), and he has four children and three grandchildren.