In a bid to raise funds, the Schuylkill Center for Environmental Education is looking for a conservation-minded buyer for 24 acres of wooded land across the street from its 340-acre main campus. 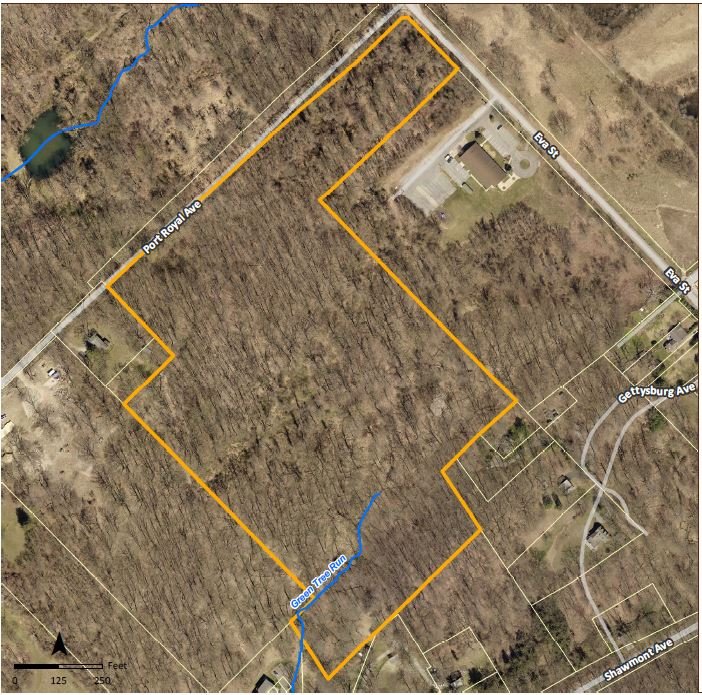 The Schuylkill Center for Environmental Education is planning to sell its 24-acre Boy Scout tract, which sits across Port Royal Avenue from its main campus.
Posted Wednesday, July 13, 2022 12:00 am
by Carla Robinson

In a bid to raise funds, the Schuylkill Center for Environmental Education is looking for a conservation-minded buyer for 24 acres of wooded land across the street from its 340-acre main campus.

The land, which was once a Boy Scout camp, is adjacent to the Upper Roxborough Reservoir Preserve, another undeveloped site popular with hikers and naturalists. It was donated to the center more than 40 years ago and has never been used.

The plan has upset some neighbors in the Upper Roxborough and Shawmont Valley civic associations, who question why a nonprofit whose mission is focused on preservation would sell the site - prompting center leadership to host a zoom meeting last week that drew about 100 participants.

Don Simon, board member and past president of the Central Roxborough Civic Association said neighbors throughout Roxborough are concerned, not just those who live near the site.

“We are all concerned about the preservation of open space, as we have been facing encroaching development, much of which includes large apartment complexes,” he said.

The land, which is the largest privately-owned tract of undeveloped land inside the city limits, is currently zoned for up to 80 residential units.

According to center’s spokeswoman Amy Krauss, the center will sell only with strict conservation requirements in place, and will not consider selling to anyone who planned such a project.

“We wouldn’t do that,” she said. “We feel really strongly that we want it to be preserved as much as possible.” We are only looking at buyers who are conservation minded.”

The center is now in the process of putting together a request for proposals (RFP), Krauss said, and would not say whether they have a price in mind.

“We’re not going to just take the highest bidder. Price is not the highest priority for us,” she said. “It will come down to a combination of price and what the proposal is.”

Any winning proposal would have to include a conservation easement to protect two ravines, which take up half the property, as well as other environmental concerns such as stormwater management and tree preservation, Krauss said.

Krauss also said the center hopes to protect Green Tree Run, a stream that flows through the property, and to preserve a migration route for toads that cross Port Royal Avenue during spring mating season. It will not consider any proposal that would require zoning variances, or bringing water and sewer lines down Port Royal Avenue, she said.

The center began considering a sale after an interested buyer approached them with a plan for limited development there, Krauss said.

“We decided not to take the first offer, but instead put it out there and see what kind of interest there was,” Krauss said. “As a result of all this publicity we’re getting, others are coming to us and asking the same questions.”

The center has twice tried, and failed, to get conservation funding to preserve the parcel. In the 1980s, it sold off 10 acres of the parcel to a congregation, which built a church. It also sold a piece of it to a neighbor, who built a house there.

Krauss said the center, which relies on grants, charitable contributions and program revenue to stay in business, has been deferring maintenance and investment for years and needs the money. The $5 million it estimated it would need back in 2015 would likely cost even more in today’s economy, she said.

“We are a nature center. Our job is to preserve the environment,” Krauss said. “But we’re also an educational organization, and a wildlife clinic. We need to invest in our buildings, and in our programming, in order to draw people to the center to learn about the forest, ecology, biodiversity, and climate change.”

Krauss stressed that the center is open to any good ideas for how to use the site.

We would consider any proposal that includes a conservation easement - for example, some have suggested a flower farm,” she said. “We’ll also be looking for a track record, and credibility, when we choose a buyer.”