In last Tuesday's Inter-Ac cross country dual meet at Germantown Academy, the individual winner was one of the girls from Springside Chestnut Hill Academy, but the host GA Patriots claimed the next … 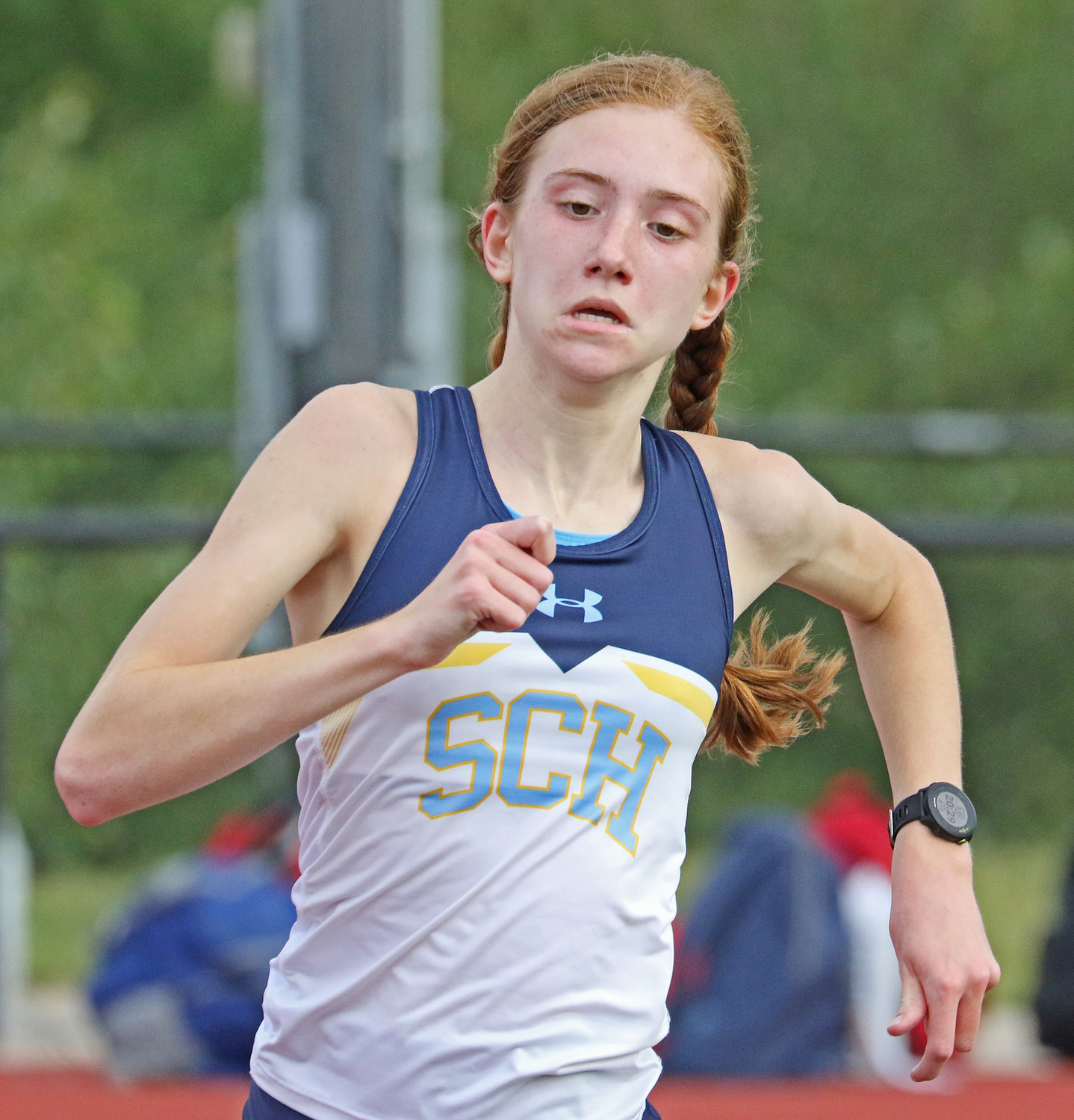 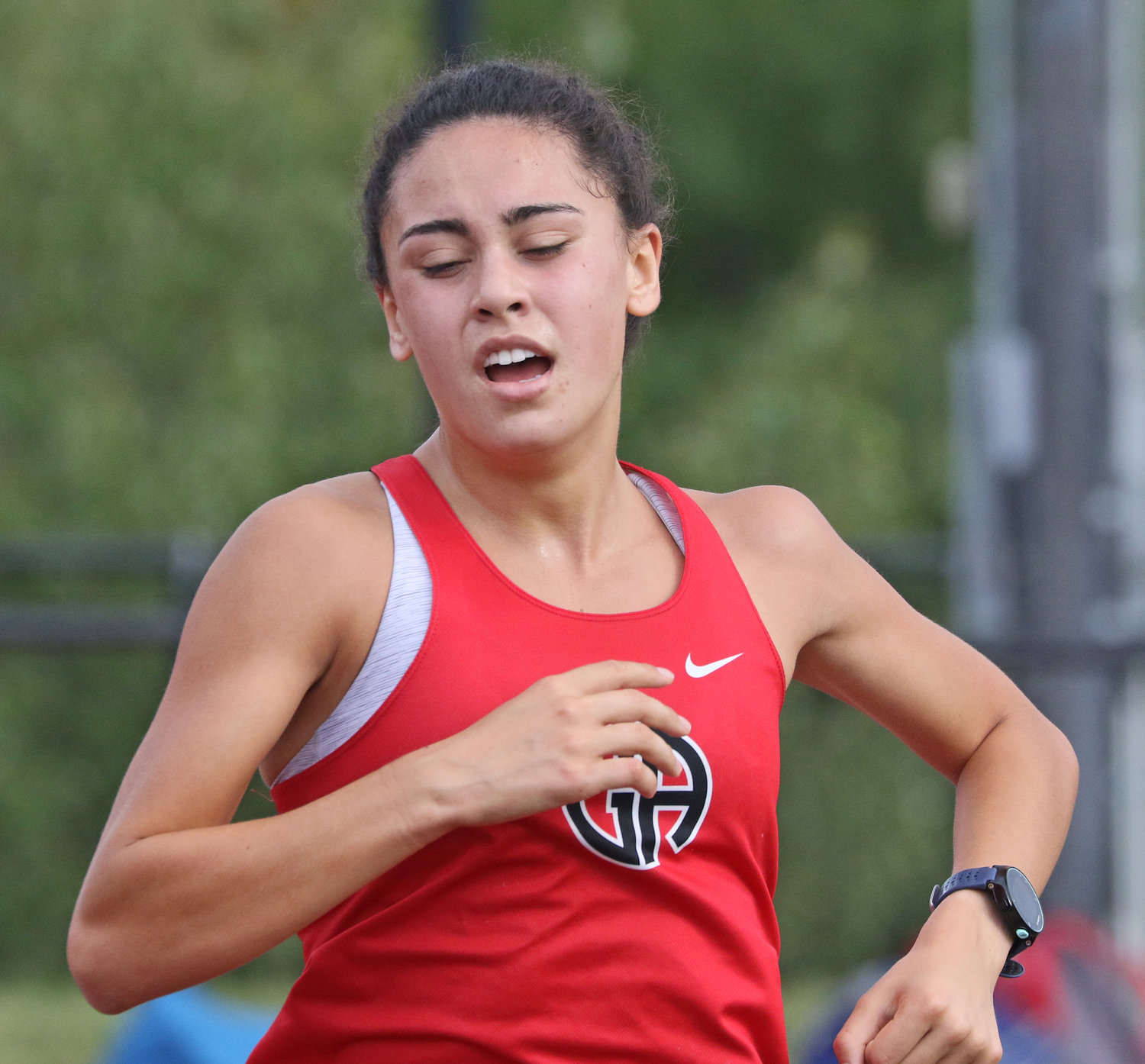 In last Tuesday's Inter-Ac cross country dual meet at Germantown Academy, the individual winner was one of the girls from Springside Chestnut Hill Academy, but the host GA Patriots claimed the next five places to wrap up a 20-41 team victory.

The finish line of the GA course lies on the track in the school's Carey Stadium, and when they stepped off the grass onto the all-weather surface Blue Devils sophomore Veronica Gula and GA senior Juli Gonzalez were running together in the lead. On the track, Gula was able to open up a gap and she won the race in 20 minutes, 32 seconds, while Gonzalez was the runner-up in 20:36.

Over the next few minutes no one but red-clad Patriots crossed the line, starting with junior Olivia Jappe's third-place showing in a time of 21:33. Another 11th-grader, Kayla D'Eletto, followed in fourth in 22:22, and senior Livi Merrill was timed in 23:18 as she placed fifth overall.

Now the finishers began to be more closely spaced. Clocking in at 23:29, sophomore Abby Durkin completed GA's team score by becoming the fifth Patriots finisher. Next to the line in 23:38, junior Grace Hannigan was the second SCH runner to complete the course, ranking seventh overall.

In 13th place overall and third for the Blue Devils was junior Maggie Peguero (25:29), and 14th was GA senior Bethany Matje (26:16), who is one of the 2021 team captains along with Gonzalez and Merrill.

Rounding out the team scoring for Springside Chestnut Hill were two seniors, CeCe Reilly (17th; 27:52) and Kaylie Akins (18th; 28:18). Reilly will sign with the University of Louisville to play lacrosse.

For the individual winner of the meet, Springside's Gula, it was only the second official race following a serious injury. As the 2020-21 track season was transitioning from indoor to outdoor action, she learned that the pain she'd been feeling in her right leg was due to a fibular stress fracture.

"In the spring track season it was hard for me to not be able to race," she said, "but I knew it was important to focus on rehab and getting back for cross country. I knew how much endurance I'd lost, and I really wanted to get that back."

Her rehabilitation proved successful, as she returned to action in the annual Abington X-C Invitational, placing ninth in a large field with a time of 20:44.

A 400 and 800-meter runner in track, she likes cross country courses that actually finish on a track, like Germantown Academy's.

"That's my natural habitat," she stated.

For cross country, she revealed, "I've been focusing on my first and second mile, which I improved on in this race. I felt strong, endurance-wise, and I just want to build on that in every meet."

Like Gula, GA's Gonzalez feels at home on the track as an athlete. As a teammate, though, she feels an emotional connection to cross country.

"I love cross country, and these girls have completely changed my high school experience," she said. "Even in our practices, everyone's always looking to raise each other up."

Prior to the race with SCH, the Patriots had split in an Inter-Ac tri-meet against two Main Line opponents, handily defeating Baldwin School and losing by a single point to the Academy of Notre Dame.

Gonzalez feels that Notre Dame and Penn Charter will be teams to be reckoned with at the Inter-Ac championships, but she notes, "We have some hidden talents, girls with the potential to improve a lot during the season."

She plans to run in college like her older brother, Ale, a GA alum who graduated from NYU last spring after running track and cross country for the Violets.