This pandemic and time of social distancing has drastically altered the typical ways that many children and teens would spend their summer break from school. With limited social engagement … 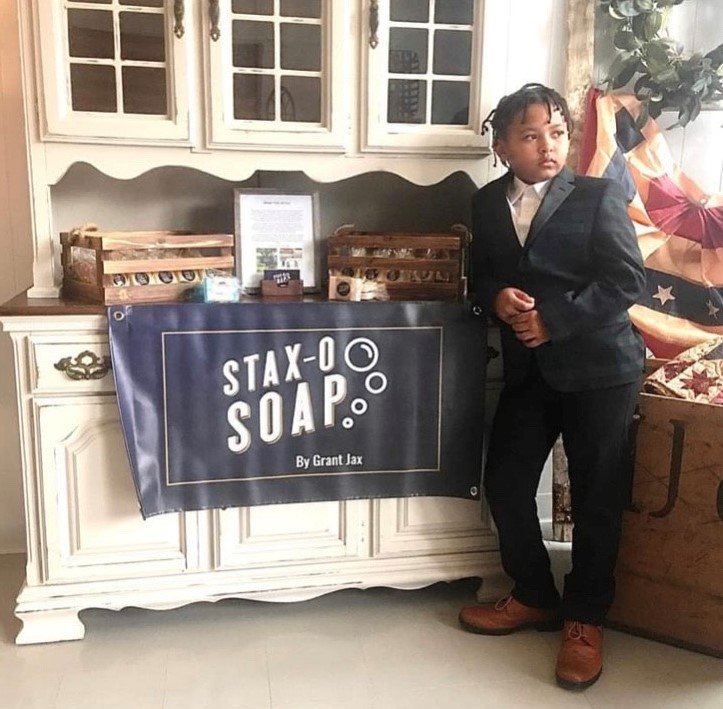 This pandemic and time of social distancing has drastically altered the typical ways that many children and teens would spend their summer break from school. With limited social engagement activities, some have used this time creatively to discover new interests, develop new hobbies and maintain their friendships within the virtual world. Some have even started new businesses. Few, however, have taken up the entrepreneurial spirit like fifth-grader Grant Collier, who decided to start his own business, making soap.

Grant Collier is a student at Springside Chestnut Hill Academy (SCH) and he’s been making his own soap during the pandemic. Currently, Grant’s soap is being sold at The Jungle Box in Bedford, Pennsylvania. Soon, his soap will also be available at Chill on the Hill in Chestnut Hill.

Since starting his business, Grant has sold to over 60 customers. He said he always had the idea to start his own business, but he just never got started. Once the coronavirus emerged, Grant decided it was a good time for him to start.

“I had the idea a year ago,” said Grant. “But we never did it. And then when coronavirus hit, I decided to start it because people needed soap.”

“My mom bought most of the stuff,” said Grant. “She helped me make it too and she runs all my social media pages.”

When it comes to actually creating the soap, the steps may seem simple, but it takes Grant a couple of hours to make it.

“First we need to buy a base,” said Grant. “Then we melt it in the microwave because it’s the easiest. Then we have molds that we put them in, and we add scents and ties.”

Grant plans on continuing his business even after the pandemic passes. As Grant gets older, his mom plans to allow him to take on some of the responsibilities that she now holds in the business.

“For right now, running the social media and stuff, that’s kind of my part,” said Morgan. “I do step in and help him when he has big orders and I help him with keeping track of the orders. But I think as he gets older, he’ll be able to do some of those things more on his own.”

You would imagine that it can be overwhelming to deal with large orders. But Grant has found a way to keep himself even keeled while running his business.

“It’s mostly fun,” explained Grant. “Because we can be making double the amount of soap at one time. So, while my mom is mixing the soap, I can be heating my soap base up, and when she finishes, I’ll put it over and we can just get it done quicker. And then I can get back on my Xbox.”

With having his own business, Grant has been able to put a lot of the money towards his savings account to help pay for college and he’s also able to help pay for the expenses that come with his travel hockey team.

“He is putting a lot of the money into his savings account,” said Morgan. “He wants to go to a good college someday, So that he can own an even bigger business. He’s also helping us pay for some of those hockey expenses as well because they’re very expensive.”

With experiencing some success in his soap business, Grant hopes to diversify his product line to things other than just soap.

“We’re kind of playing around with that idea,” added Morgan. “We want to see how the soap does before we introduce more products.”

Grant’s entrepreneurial spirit is evidence that something positive can come out of this time of great uncertainty and challenge if people choose to use this time intentionally.

If you want to support Grant’s business, visit https://www.facebook.com/staxosoap

Greg Starks is a senior at SCH Academy. He worked with the Local this summer as an intern.