Santa and friends visit the Hill for the annual holiday parade

by Sue Ann Rybak Two-year-old Jude Brownell, of Mt. Airy, struggled to walk bundled in a heavy winter coat. Despite the cold, he was determined to see Santa. He waited patiently as his mother, …

Santa and friends visit the Hill for the annual holiday parade 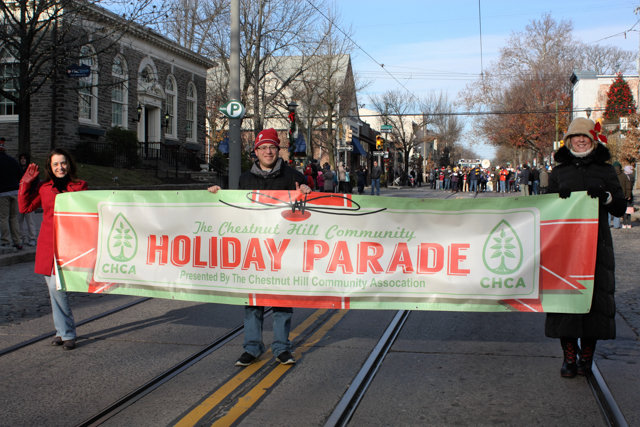 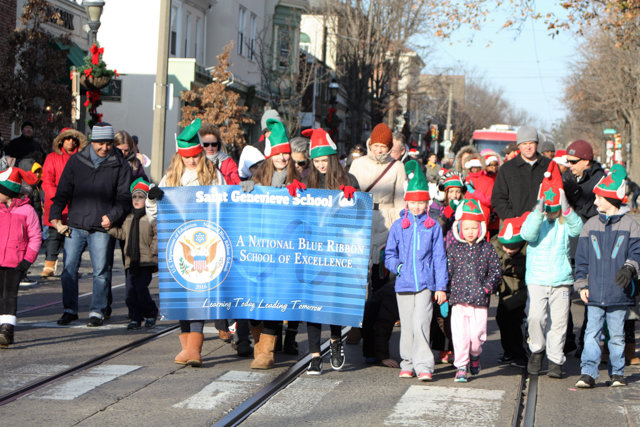 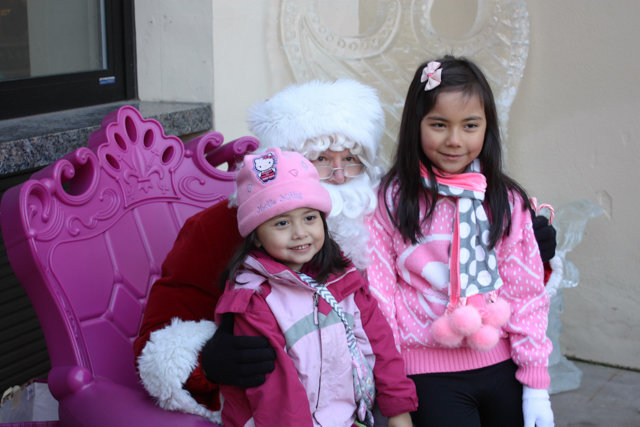 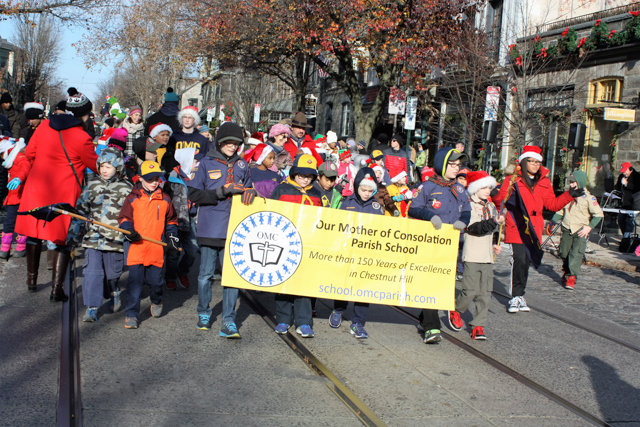 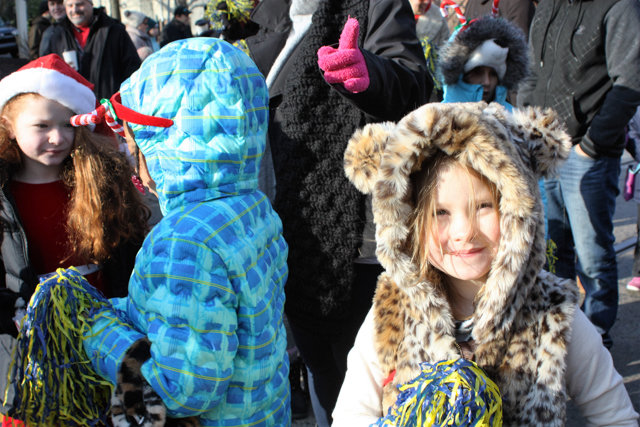 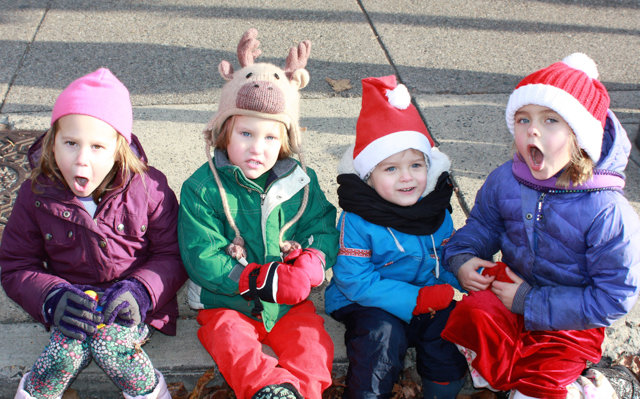 Two-year-old Jude Brownell, of Mt. Airy, struggled to walk bundled in a heavy winter coat. Despite the cold, he was determined to see Santa. He waited patiently as his mother, Heather Scheg, struggled to pull his stroller from the trunk of the car. When asked if he was excited to see Santa, he didn't respond at first. His brown eyes grew wide.

“He has a speech delay,” said Scheg, “What does Santa say Jude?” He paused and then quickly responded “Ho, Ho.”

“Ho, Ho,” a.k.a. Santa Claus, was making a special trip to Chestnut Hill thanks to the Wyndmoor Hose Company No. 1. He would be arriving on a fire engine – another word that seemed to fill the toddler with joy.

Brownell wasn't the only one waiting to see Santa. Quinn Brubaker, 5, Xavier Brubaker, 3, Amelia Terry, 5, and Clyde Terry, 2, sat on the curb singing, “OH! You better watch out,. You better not cry. You better not pout, I'm telling you why. Santa Claus is coming to town.”

The four cousins knew exactly what they wanted to ask Santa for. Amelia wanted an Elsa doll. Clyde wanted a tractor, but not just any tractor.

“A big tractor with a little tractor,” he said.

Xavier wanted a fire truck, and Quinn could not comment because she said, “It's a surprise.”

The conversation abruptly ended as the sound of horses' hooves could be heard clip-clopping down Germantown Avenue. The Mounted Police Patrol Unit, followed by the American Legion Color Guard, announced the beginning of the fourth annual Chestnut Hill Holiday Parade on Dec. 10.

In the wink of an eye, cheering and laughing began to fill the brisk air.

Children lined the Avenue to see Elmo, Big Bird, Harry Potter, the Nutcracker, Stag & Doe, Frosty the Snowman and – everyone's favorite – The Philly Phanatic. A few spectators sang and danced along as Penn Charter's Quakers Dozen, Jenks Academy of Arts and Sciences choir, and the University of the Arts Bucket Brigade “Rumble” and its New Orleans Jazz Ensemble performed.

And just in case some children needed a reminder to listen, students from Salus University in Elkins Park handed out plastic ears, because the jolly old man in the red suit “... knows when you're awake.  He knows when you've been bad or good, So be good for goodness sake!”