Last week, an article in the Local announced that the large house at 9001 Germantown Ave., now known as Saint Michael’s Hall, is being offered for sale by the Convent of the Sisters of Saint … 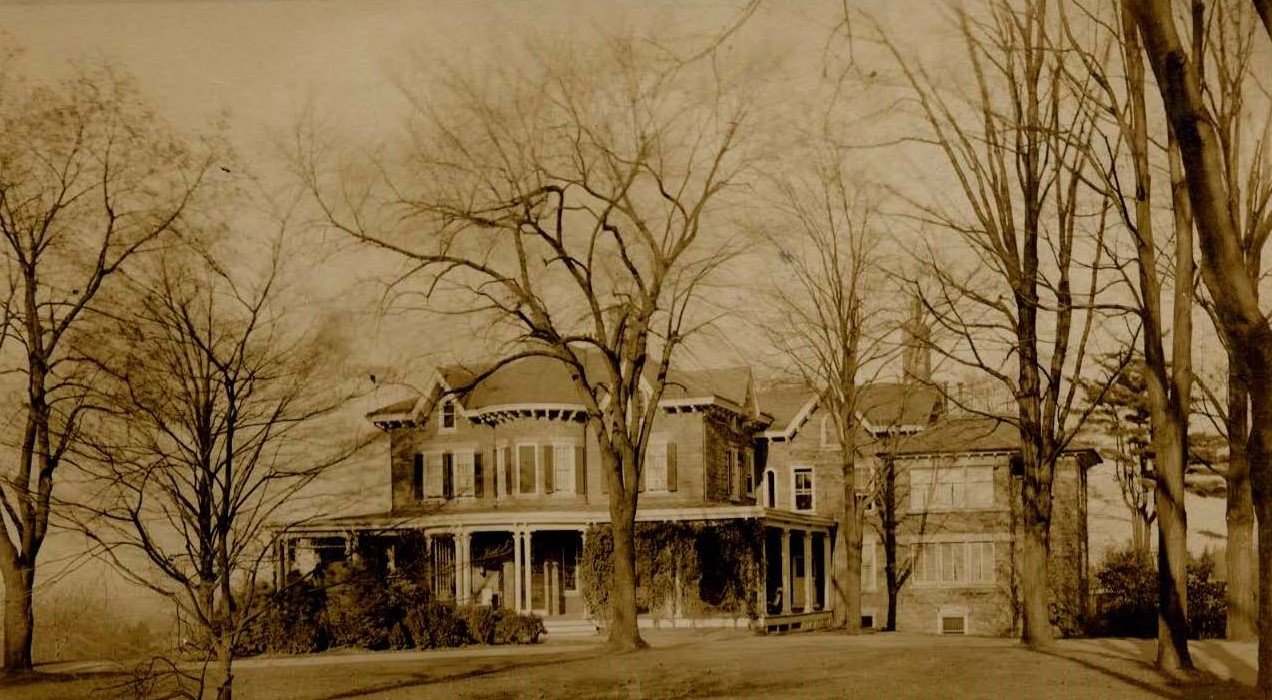 Last week, an article in the Local announced that the large house at 9001 Germantown Ave., now known as Saint Michael’s Hall, is being offered for sale by the Convent of the Sisters of Saint Joseph after almost a century of careful ownership. William Valerio, the director of nearby Woodmere Art Museum, and the museum’s trustees are exploring the possibility of buying the house and its four acres to become an extension to the main museum. Simultaneously, a developer is also reportedly interested in buying the site for an unknown number of new houses.

The house tells a number of stories about our town. One is about the construction and gradual expansion of the house itself. A second story is about the three prominent Philadelphia families who owned it prior to the Sisters. And a third is about its place in the impressive local history of the Sisters.

The open land was acquired in 1855 by William Henry Trotter and his original square stone Gothic Revival house was finished by 1857. No architect is known. It was built as part of a wave of local country house construction driven by the completion in 1854 of the rail line connecting the busy and increasingly polluted Center City Philadelphia to sylvan Chestnut Hill (the Chestnut Hill East line). That easy connection encouraged prosperous city residents to build country villas clustered around the northern end of the village, including Trotter’s house.

Trotter was an example of the industrious merchants of the early 19th Century whose efforts drove our region’s economy from agriculture and small-scale workshops to ever bigger and more specialized manufacturing. His family’s business focused on metals wholesaling and manufacturing, and unexpectedly still exists today. He later expanded his interests into finance and real estate, and also increased his land in Chestnut Hill to 9.3 acres.

In 1868, he sold that house and moved to Wyndmoor. The buyer was Henry Latimer Norris, whose family’s company pioneered steam locomotives, a booming business in the second quarter of the 19th Century as new railroad tracks were laid throughout the East coast and farther inland. By the 1850s, the family firm had become one of the largest locomotive builders in the country. The site of its extensive manufacturing plants later became part of the massive Baldwin Locomotive Works north of City Hall, which is now almost entirely gone.

In 1884, the house was bought by yet another enterprising and successful merchant, Alfred Cravan Harrison, whose family business was the Franklin Sugar Refining Company. Back in the 18th Century, Philadelphia became a center for the importing of raw sugar cane from the Caribbean, its refining and then exporting around the world. In the second half of the 19th Century, Franklin Sugar’s extensive plants on the Delaware River made it one of the largest sugar-makers in the world – and made that family very rich. The family money also enabled Harrison’s brother, William Welsh Harrison, to construct Grey Towers, the castle that is now occupied by Arcadia University in Glenside.

Harrison expanded his own house several times in the 1890s, including the rounded bay on the entrance front and two wings designed by noted local firm Cope & Stewardson in a simplified Tudor style sympathetic to the original house. Over the decades, he also added various estate buildings, including greenhouses.

Harrison sold the house in 1924 to real estate developer Judson M. Zane, who subdivided the land and developed houses along the northern sides of the property. He sold the main house and its four remaining acres to the Convent of the Sisters of Saint Joseph in 1927, which gave the house a new life.

The Sisters of Saint Joseph have a fascinating history, tracing back to 1650 when Jesuit Father Jean-Pierre Médaille encouraged six women in the founding of the order in the town of Le Puy, in south-central France, for pious women who wanted to serve their communities outside of a religious cloister.

The order grew gradually in that area but was scattered during the French Revolution due to the close connections between the Catholic Church and the aristocracy. But the Sisters regrouped and the first sisters came to Philadelphia in 1847 to serve the local Catholic population, recently swelled by immigrants fleeing the potato famine in Ireland and political upheavals in Germany. They had also arrived shortly after Philadelphia’s horrifying anti-Catholic riots of 1844 caused by “nativist” anti-immigration mobs.

The sisters coming to Chestnut Hill was largely due to John Middleton, a rich, local Quaker who had converted to Catholicism. His enthusiasm and financial support led both to the opening of the church that would later become known as Our Mother of Consolation in 1854 and soon thereafter a parish school for which the sisters became teachers.

That then led to the Sisters’ almost 170 years of dedicated educational service in this area, including what are now known as Norwood-Fontbonne Academy, Mount Saint Joseph Academy and Chestnut Hill College.

The Sisters have been in their own ways as industrious and successful as the three important industrialists who owned St. Michael’s Hall before them. The house itself has been used for a variety of purposes by the Sisters over the decades since 1927, most recently as a residence hall for nuns. It was closed last fall and its future is now to be decided.

This writer gives big thanks to the industrious staff of the Chestnut Hill Conservancy, who did much of the research for this article.